The UK’s Lightning II stealth jets landed on the Royal Navy’s HMS Queen Elizabeth ahead of trials with the US military. The aircrafts are the world’s most advanced jets and are currently set in “breast mode” having been equipped 22,000lbs of firepower including Paveway laser-guided bombs and ASRAAM air-to-air missiles. “Beast mode” is a common term to describe the F-35s when carrying weapons in bulk, The Sun Online reports.

The Advanced Short Range Air-to-Air Missile (ASRAAM) is a homing missile with infrared technology designed to shoot down enemy aircraft and outrun any rival airborne weapon.

The Royal Navy’s HMS Queen Elizabeth carrier said in a tweet: “UK Lightning in ‘Beast’ mode on board the future Fleet Flagship – a defining moment on the road to operational Carrier Strike capability.

“Up to 22,000lbs of firepower; inert Paveway laser-guided bombs and ASRAAM air-to-air missiles. 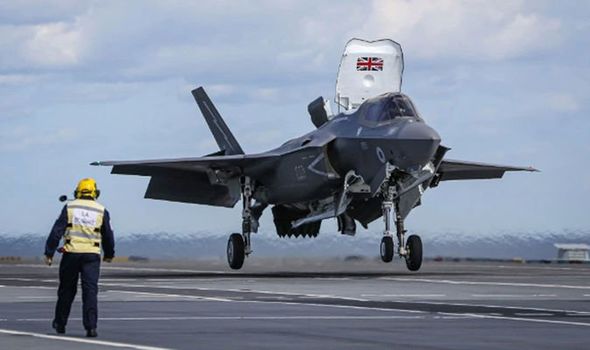 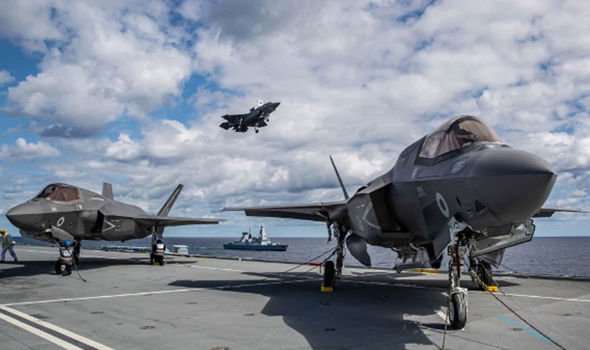 “We wouldn’t mess with it either.”

The aircraft is also able to hover over the top of targets, as detailed by the military in amazing images this week showing the F-35s landing on top of the 65,000-tonne HMS Queen Elizabeth before training kicked-off.

The images show the RAF flexing its muscles at a time when it continues to bounce back from news in June it possessed the smallest combat fleet since its creation during World War 1 having dismissed almost half its aircraft in 12 years.

Following the retirement last year of 29 Tornados, the RAF was in summer reported to have a fleet of just 119 fast attack jets available, down from 210 in 2007. 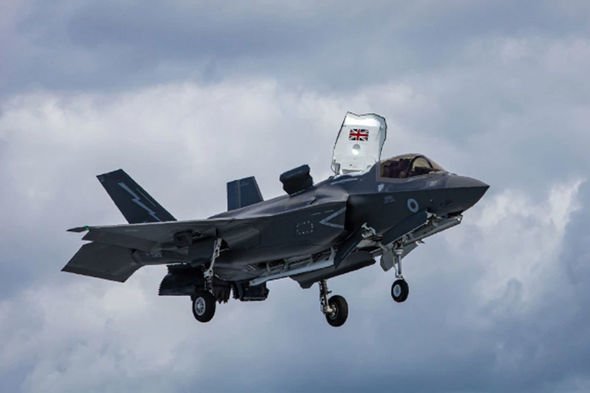 At the time, the supersonic F-35 jets had just completed their first missions against ISIS’ remaining pockets of resistance in Syria and Iraq.

More Lightning fighter jets are to come, as the UK pledged to buy from the US a total of 138.

However, the total number of jets will be delivered only by 2024, at a cost of more than £9billion.

A plummet in the number of fighter jets available to the RAF was predicted by military experts four years ago, when they first raised their concern.

US stealth bomber with call sign ‘DEATH’ lands at RAF base 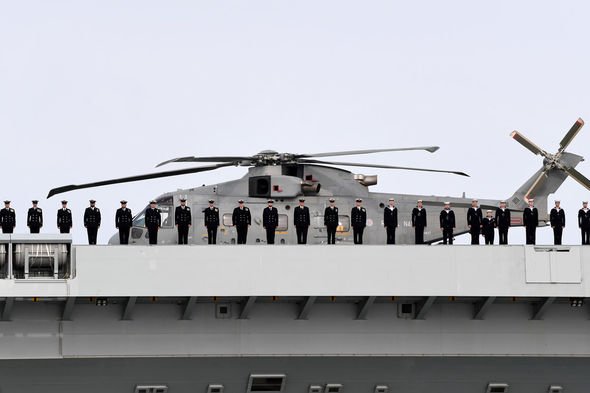 The RAF dismissed this criticism, saying the number of aircrafts available doesn’t equal the strength of the force and its capability, as the UK’s latest missions abroad have shown.

But military analysts warned that no matter how sophisticated is the RAF’s fleet and its fourth and five generation planes, “no aircraft can be in more than one place at any time”.

An RAF spokesman replied to criticism concerning the size of the UK’s aircraft fleet at the time, saying: “Numbers of aircraft do not equate to capability.

“The RAF continues to have the fighter jets it needs to meet our global operational commitments and we are investing in a world-class air force to counter the threats we will face in the future. 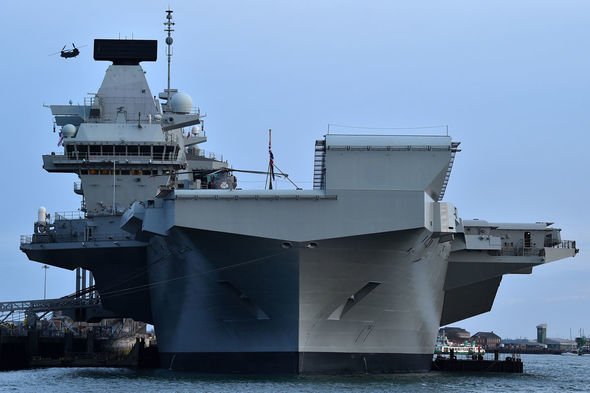 “Our state-of-the-art F-35 Lightning Jets have completed their first operations in the fight against Daesh, we have upgraded our Typhoons with additional lethal weapons and we will add two new Typhoons squadrons by the end of the year.”

The decline in the number of the RAF’s forward available fleet started decades ago.

But in 1989, on the final year of the Cold War, the RAF still had more than 850 fighter jets, including Tornados, Jaguars, Phantoms, Harriers and Buccaneers.