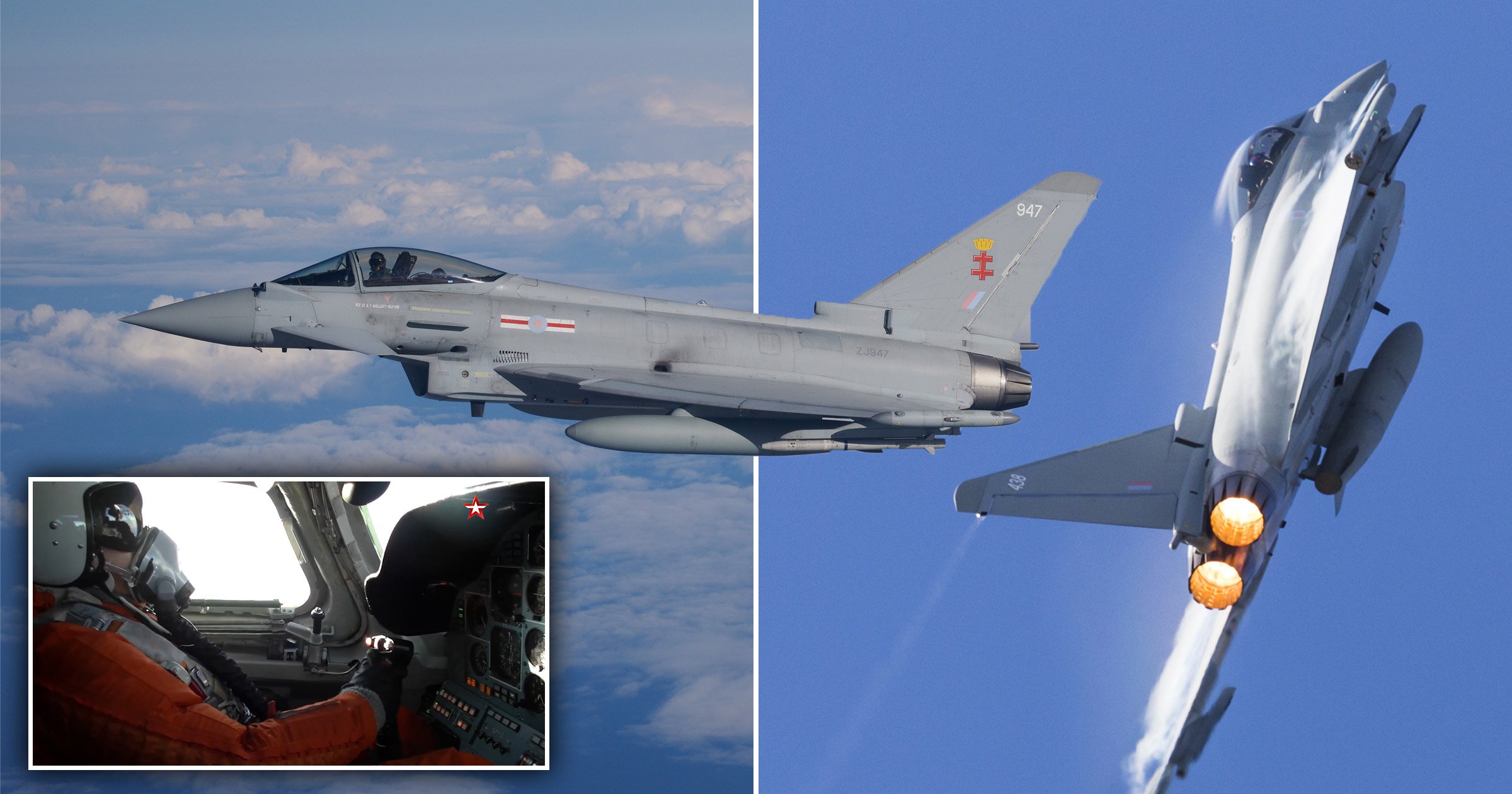 Russian bomber planes were ‘intercepted’ from the UK by RAF jets.

Dramatic footage from inside the cockpit shows the two nuclear-capable Tu-160, nicknamed the ‘White Swan’, being escorted away from the north coast of Scotland.

The Ministry of Defence confirmed the incident on Friday, which comes as tensions on the Poland-Belarus border escalate and fears of a Russian invasion of Ukraine.

Russia admitted that British reports were correct and the strategic bombers were escorted by RAF Typhoons as they approached the UK.

After demonstrating the two supersonic bombers taking off and re-fuelling in mid-air, the video cuts to the British jets flying closely alongside.

The Typhoons were scrambled from Lossiemouth, Scotland, and Coningsby, Lincolnshire, as well as a refuelling jet from Brize Norton, Oxfordshire, as British troops were deployed at the Polish border amid a Kremlin-backed migrant crisis.

‘Typhoon fighters were scrambled against unidentified aircraft approaching the UK area,’ an RAF spokesperson said. ‘Subsequently, our fighters escorted the Russian aircraft out of the UK’s area of interest.

‘At no time did the Russian bombers enter UK sovereign airspace.’

A Russian defence ministry spokesperson admitted the enormous long-range aircraft carried out 15-hour flights off the north coast of Scotland, but were escorted away by the RAF jets.

They said: ‘Two strategic Tu-160 long-range aviation rocket carriers performed a scheduled flight in the air space above the neutral waters of the Barents, Norwegian and North Seas.’

Europe is poised for further clashes after Vladimir Putin backed a ‘hybrid war’ with migrants descending on Poland’s border from Belarus, while sending tens of thousands of troops to the Ukraine frontier.

Speaking on Saturday, the Russian President said he considered recent Black Sea exercises by US and other NATO ships as a serious challenge.

In an interview, he said: ‘The United States and its allies in NATO are carrying out unplanned exercises in the Black Sea.

‘Not only is a rather powerful naval group involved in these exercises, but also aviation, including strategic aviation. This is a serious challenge for us.’

Following the interception, RAF fighter pilots and heavy US bombers took to the skies above the North Sea in a show of strength.