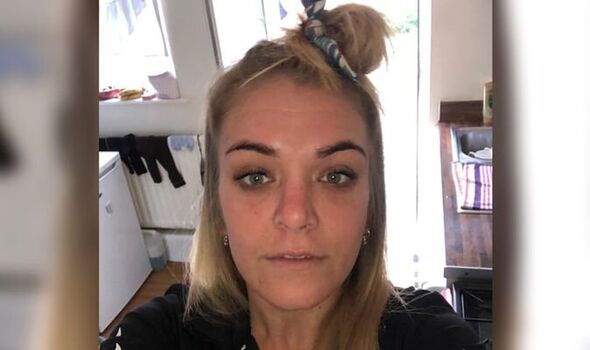 A “controlling” woman stabbed her boyfriend to death in an “explosive drink-fuelled rage”.

Emma Walsh, 31, was today found guilty of the murder of Gary Morgan, 36, and faces a lengthy spell behind bars.

A jury heard Walsh, described in court as a “controlling individual with an explosive temper”, attacked her partner after the couple had gone out for the evening at a pub to watch a football match and partake in karaoke night.

She lunged at Mr Morgan with a knife, stabbing him in the heart, when they were back at their home in Everton, Liverpool.

John Benson, KC, prosecuting, said Mr Morgan had told friends and family that Walsh had assaulted him on several occasions before the fatal incident, including stabbing him with a butter knife and hitting him with a rake. The jury also heard Walsh had stabbed a previous partner, Liverpool Echo reports.

But Walsh had claimed she stabbed Mr Morgan in self-defence and denied murder. Jurors, though, took just one hour and 30 minutes to reach a guilty verdict today at Liverpool Crown Court.

Mr Benson said during his closing arguments: “You can recall his excitement at thought of meeting Emma Walsh. Little would he have known he was embarking on a romance with a young woman who, we say, had some deep-seated character flaws.

“Those flaws provide the clue as to what happened that night. She is, we suggest, a controlling individual. It is a characteristic coupled with an irrational, suspicious mistrust of her partners and an explosive temper, particularly when in drink – a readiness to use violence with teeth and weapons, including knives. Sadly, the reality is there was never going to be a happy ending to this relationship.

“In a drink-fuelled rage, she attacked Gary Morgan with the knife. This was nothing other than an attack, when the defendant had no reason to be defending herself from a violent attack by Gary Morgan.”

Mr Benson said Walsh “has it in herself to attack people with knives”. He referred to an incident in which she is said to have stabbed her former partner Ayton Courtney-Stevens, whom he said “nearly suffered the very same fate as Gary Morgan”.

Richard Pratt, KC, defending, had argued that Walsh had also been the victim of violence from Mr Morgan and the prosecution had not disproved that she was acting in self-defence. But Mr Benson highlighted that Walsh’s story had changed from her first accounts, which included claiming he had been attacked by “some fella in town” and also that he had sustained his fatal injury after falling onto a broken shard of a bluetooth speaker.

Walsh, from Everton, is set to be sentenced on Monday.

Harrowing graphs show the UK WILL enter a recession before Christmas

Sarah Ferguson snub: Eugenie WON’T ‘spoil’ royal baby – ‘Quite the opposite of her mum’