Home » Europe » Rail strike will stop nation in its tracks 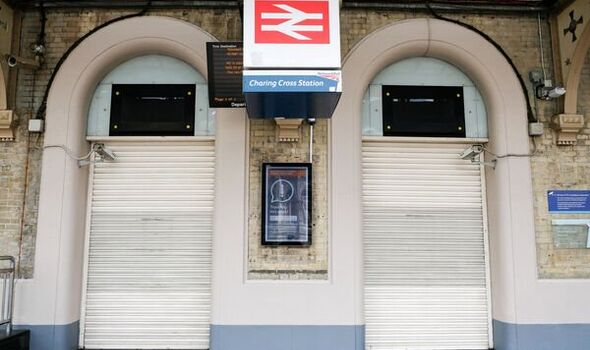 The 24-hour stoppage by the RMT union over pay, conditions and job cuts – after three days of strikes last month – will hit the Commonwealth Games and the Women’s Euro 2022 football tournament.

Workers at rail operators and Network Rail will strike on Wednesday, July 27.

Union chiefs revealed they rejected a four percent pay rise and vowed to strike for as long as necessary.

RMT general secretary Mick Lynch said: “The offer from NetworkRail represents a real terms pay cut for our members and the paltry sum is conditional on RMT members agreeing to drastic changes in their working lives.

“We have made progress on compulsory redundancies, but Network Rail are still seeking to make our members poorer when we have won in some cases double what they are offering, with other rail operators.”

“The train operating companies remain stubborn and are refusing to make any new offer which deals with job security and pay. Strike action is the only course open to us to make both the rail industry and government understand that this dispute will continue for as long as it takes, until we get a negotiated settlement.”

The latest action will apply to 14 train operating companies and Network Rail, grinding the country to a halt.

The action is set to disrupt the semi-final of the Women’s Euros at Milton Keynes.

The Commonwealth Games begin in Birmingham the day after, meaning people heading to the opening ceremony on July 28 will face disruption.

In response to the strike news, Transport Secretary Grant Shapps said: “Yesterday the RMT union was offered a pay deal worth up to eight per cent over two years.

“Today their leadership rejected it without even putting it to their members and instead called another strike.”

“RMT bosses aren’t interested in finding a solution, they just want to cause misery to the travelling public.”

Aslef’s executive will meet today after drivers at eight firms approved a walkout.

He accused the Government of “underlying deceit” and told MPs: “We’ve been driven into strife by the Government not allowing the companies to talk to us.

“The strike action is the fault of this Government and the employers – and not the workers.”