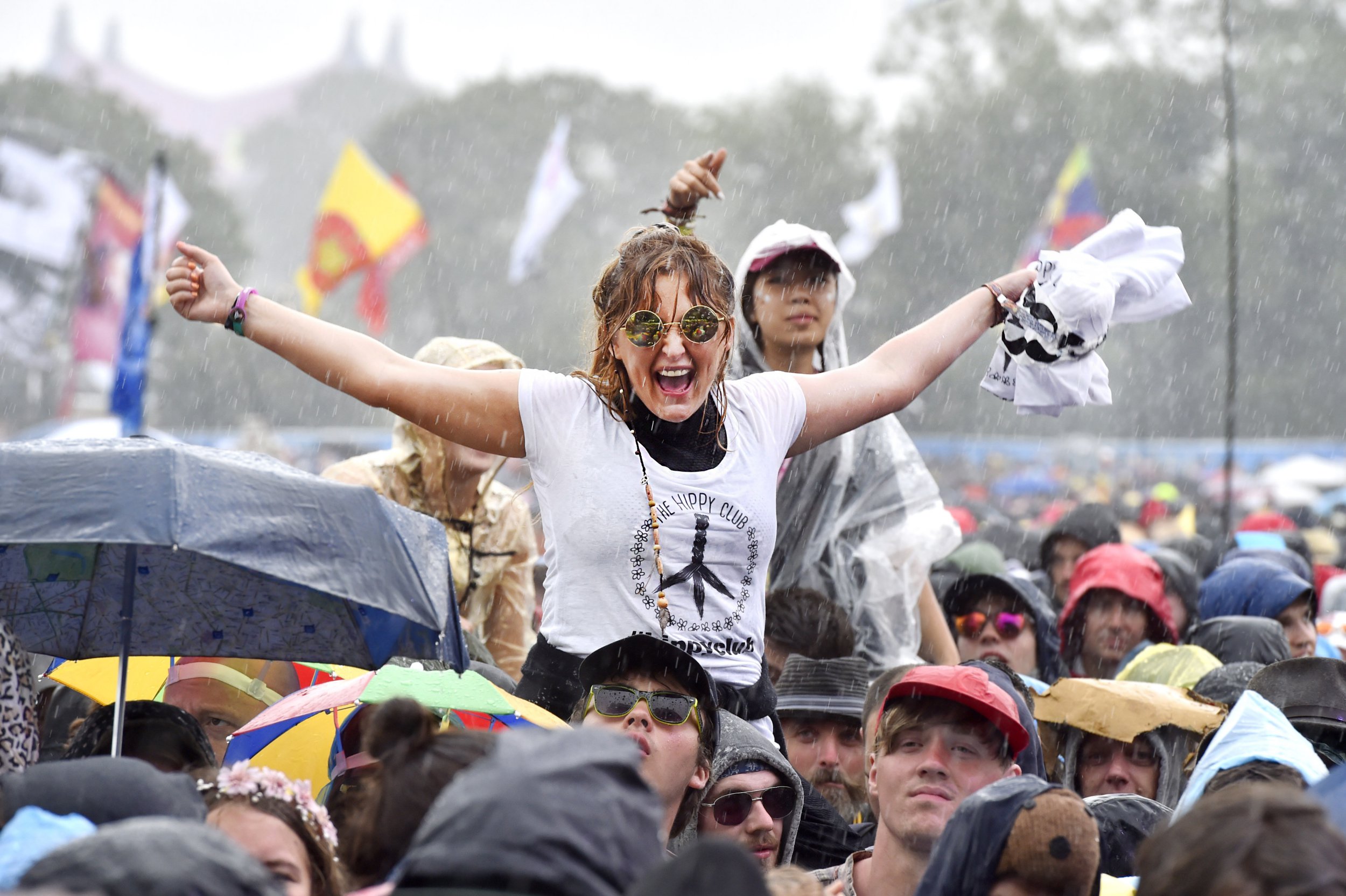 Those with a ticket to Glastonbury this year are already braced for a nightmare getting there, with national train strikes taking place right as they want to travel.

And now the forecast says there could be some heavy rain as well – although it won’t be a washout.

The first few days could be pretty sunny, but wet weather is expected to sweep in by Friday, although people have still been advised to pack their suncream.

This week will mark the first time in three years that the festival takes place, finally celebrating its 50th year after the pandemic forced organisers to cancel twice.

Meteorologist Aiden McGivern said it would be ‘hopefully neither a washout nor a heatwave’.

For the first two days of the festival on Wednesday and Thursday temperatures are set to rise until the mid 20s Celsius, but from Thursday there is the chance of rain emerging and more persistent rain later on Friday and early Saturday morning.

Mr McGivern said Saturday would be cooler and breezier, and across the weekend there could be some heavy showers, but sunny spells in between.

And he said that of course, the weather can still change throughout the week – so keep your fingers crossed.

Meanwhile, Met Office forecaster Greg Dewhurst also said the festival weather would be a mixed bag, with a summery beginning but wellies needed by the end.

‘It will be a warm and sunny start to the festival with temperatures up to around 25-26C,’ he said.

‘There will will high UV levels so people will need to stay hydrated and pack plenty of sunscreen.

‘With the second half of the festival, there is a risk of showers with temperatures dropping down to 20-21C and you will probably need your umbrellas and your wellies.’

Mr Dewhurst suggested that revellers ‘make sure you have got everything from warm weather gear to wet weather gear and expect a mixture of conditions’.

Festival-goers will face difficulties arriving at the site in Pilton, Somerset, amid three days of major rail strikes causing travel chaos across the UK.

Members of the Rail, Maritime and Transport union (RMT) at Network Rail and 13 train operators will walk out on June 21, 23 and 25 in the biggest outbreak of such industrial action in a generation.

Those who manage to get there can enjoy watching Sir Paul McCartney, Billie Eilish and rapper Kendrick Lamar performing on the Pyramid stage, while Diana Ross will fill the Sunday teatime legends slot.