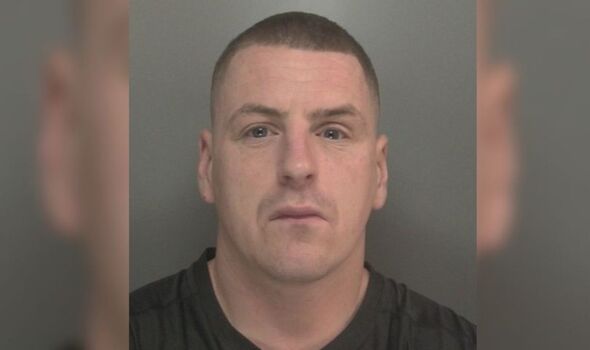 A rapist who decapitated and cooked his son’s rabbit has been jailed again after he armed himself with a broken glass bottle during a fight on a night out. Billy Rutter was previously jailed for a violent sexual assault on a schoolgirl and more recently locked up after killing the pet, throwing its severed head at his ex-girlfriend and cooking it in the oven.

He is now behind bars after police saw him arming himself during a fight outside a Revolution bar in Liverpool city centre, according to Liverpool Echo.

Liverpool Crown Court heard on Monday afternoon, the police on patrol on Victoria Street at around 1.15am on December 11 last year heard glass smashing then saw the drunken defendant holding a shattered bottle.

Matthew Conway, prosecuting, described how Rutter hid the item behind his back then walked towards Temple Court, approaching a group of strangers outside Revolution.

An argument ensued, with the improvised weapon still concealed behind the 35-year-old’s back.

The court was told that he was involved in another argument with them moments beforehand.

The officers then ran up behind Rutter and tackled him. He “immediately” dropped the improvised weapon to the ground.

In 2005, Rutter was found guilty of raping a 14-year-old who he stalked and assaulted as she waited for a lift home from her mum.

Then aged 17, Rutter targeted the girl as she waited at a bus stop on Eastern Avenue in Speke – grabbing the youngster and dragging her to nearby waste ground. She screamed in terror, but he placed his hand over her mouth and raped her.

When convicted, Rutter pointed to the jury and said “I know all your faces” – which reduced one female juror to tears. His brother shouted from the public gallery and was thrown out of court before the teen was handed nine years behind bars.

In February 2021, he was then imprisoned for 15 months after pleading guilty to causing unnecessary suffering to a protected animal, assault and breaching a restraining order.

It came after his former partner was forced to flee her home with their children after she discovered Rutter cooking their rabbit in her oven, having decapitated the pet and thrown its head at her while she lay in bed – landing on her pillow.

The mum called police from a payphone as her son repeated “I miss my bunny”. The abuser had nailed the rabbit above the kitchen door in a scene one police officer described as “one of the most distressing sights he had ever seen”.

Rutter told PCs “rabbits and chicks get slaughtered everyday” then added: “Bubble and squeak, have you ever tried rabbit? It’s lovely.”