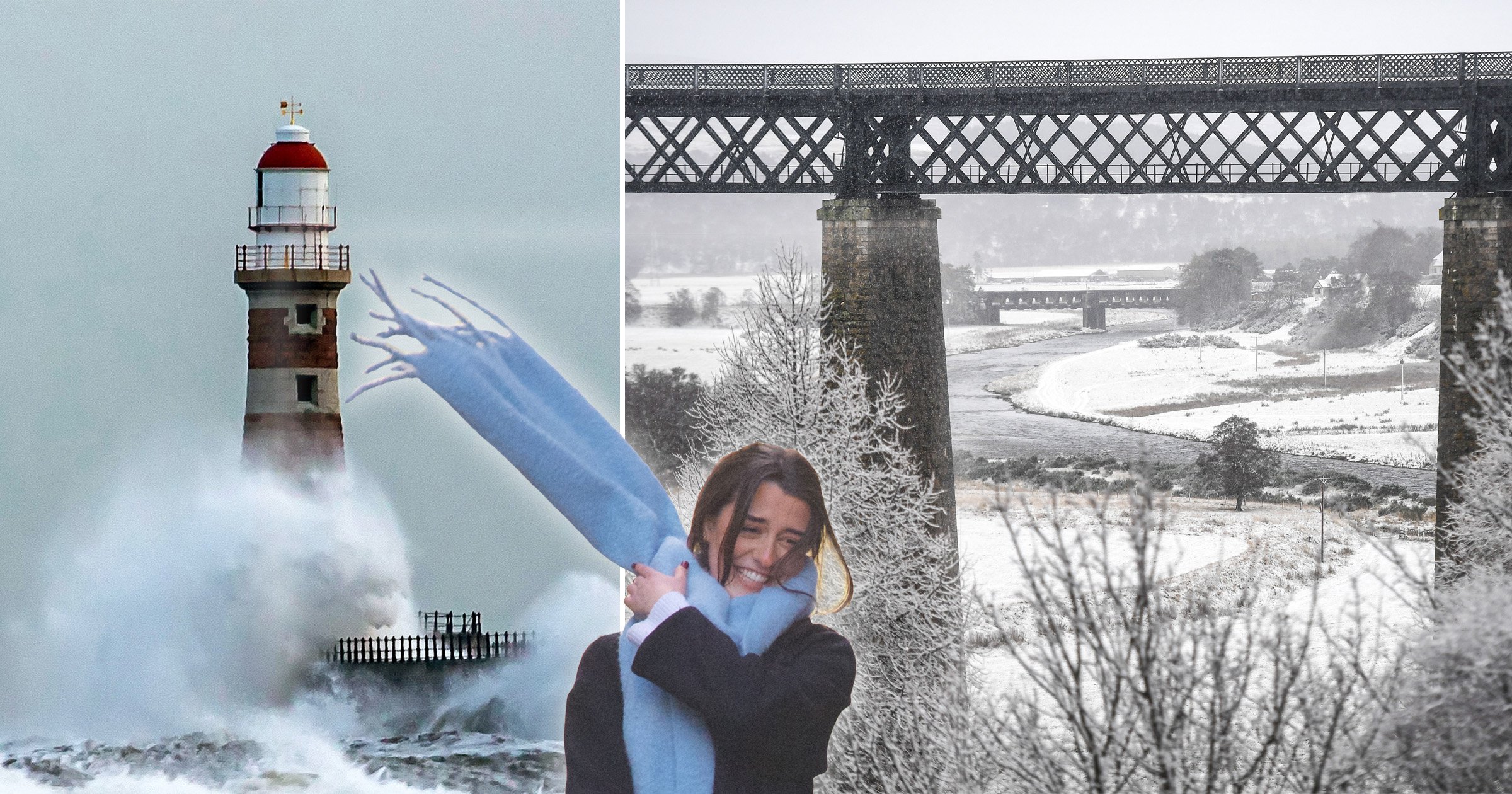 Scotland and the north of England are on maximum alert as Storm Arwen sweeps into the UK.

The Met Office has issued a rare red warning for wind from 3pm today to 2am on Saturday as the first winter storm batters the country, with gusts forecast to be as high as 100mph.

The warning, which stretches along the east coast from Newcastle upon Tyne to beyond Aberdeen, says flying debris could result in a ‘danger to life’.

The red alert is the maximum the Met Office issues and means the impact is very likely and likely to be high.

It warns of the potential for damage to buildings and homes, with roofs blown off and power lines brought down.

The alert tells people in the zone of the potential of ‘roads, bridges, and railway lines closed, with delays and cancellations to bus, train, ferry services and flights’ and of ‘large waves and beach material being thrown on to coastal roads, sea fronts and homes’.

Transport Scotland has said response teams have been stood up for the duration of the storm warnings to monitor traffic conditions closely, and said travellers could view updates on social media, online, and on the radio.

Yellow wind warnings are also in place across most western parts of the UK today, extending to the rest of the country on Saturday.

Gusts are expected to reach 55 to 65mph in parts of Scotland, Northern Ireland, Wales, south-west England and north-east England, with the highest to be seen in coastal areas.

Storm Arwen is moving in from the North Sea and will travel south before easing on Sunday.

The RAC has advised drivers to prepare for strong gusts by slowing down and being ‘very careful’ when passing high-sided vehicles or cyclists.

The Met Office names storms on the back of their potential impact, with Storm Arwen declared due to the amber wind warning.

Most photographed building in Wales 'spoiled' by road sign

How the heatwave is going to affect travel this afternoon