London: Increase in 'plague of rats' investigated by team

The nation has been busy making up for lost time after Prime Minister Boris Johnson relaxed the lockdown restrictions on April 12. But while Britons were locked down for the best part of a year, the rodent population is said to have been busy exploring their newfound freedom. The UK’s rat population has reportedly surged by a quarter to an estimated 150 million.

And with many working from home, far more waste than usual is piling up outside front doors – and the rats are now fighting for the scraps.

Peter Higgs, managing director of PGH Pest Control and Prevention, in Surrey, said his firm has seen a 50 percent spike in residential call-outs since social distancing measures were introduced.

He said: “They are coming into homes – that’s exactly what’s happening.

“All of the waste that was produced by people eating food out, and from establishments doing the cooking – that’s gone. 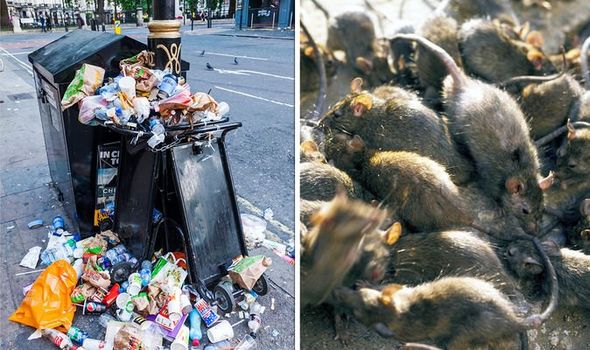 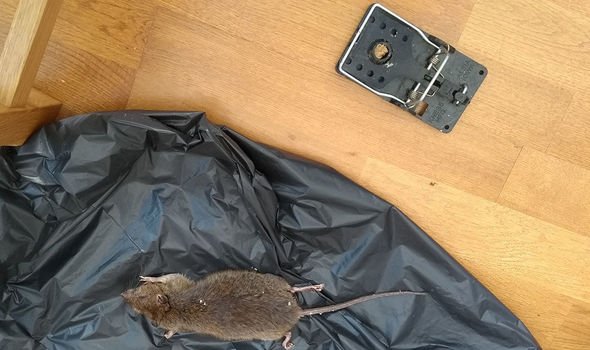 “I think some bin collections aren’t quite as frequent at the moment too. They are getting into rubbish.

“When they are hungry they will eat each other. They will use a hierarchy in cities – the big rats will eat the smaller ones.

“They will come in using the drainage system – they eat faeces.”

But it’s not just homes that are being invaded.

Bosses at Cleankill Pest Control have warned the increase in “outdoors eating” during the pandemic has also meant there are now far more scraps of food left lying around. 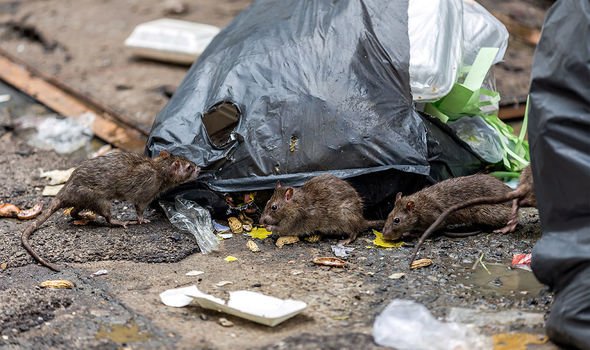 And overflowing bins in parks are only adding to the problem.

Basildon Council in Essex has announced that it will spend £70,000 on a “specialist” to exterminate an estimated 400,000 rodents.

They will remove the pests from parks and streets following a 300 percent rise in rodent population since the pandemic began just a year ago.

Kevin Blake, an independent councillor who pushed for the move, said: “It’s getting to the point where the rats are coming up to your hands for food.

“I go to Northlands Park nearly every day, and they’re so visible every time. 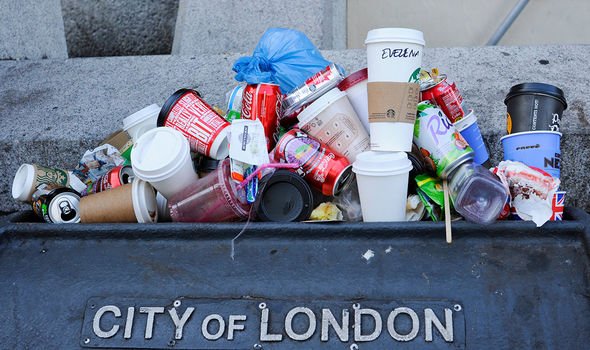 “A dog was chasing one the other day, you see rats swimming among the birds all the time.

“The pest control officer won’t be going around to people’s homes to deal with infestations, it will be purely for parks.

“We know that’s where the problem – they’re looking for food.”

The British Pest Control said its members reported a 51 percent hike in rodent activity during the first lockdown in spring 2020, and a 78 percent increase when the shutdown returned in November.

With pubs, bars and restaurants now able to serve food outside, experts fear the issue could explode. 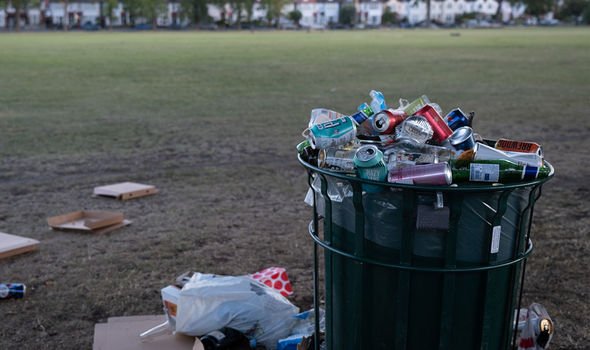 Sam Devereux, of JG Pest Control in London, said: “People being at home more has seen the number of residential callouts increase.

“In 10 years this was the busiest winter we have ever had.

“But now with the weather improving and pubs, bars and restaurants opening up again, rodents are going to be migrating elsewhere.

“We have contracts with pubs, restaurants and takeaways and, while they have stopped with them being closed, we are expecting to have a busy spring and summer with them.

“As the temperature changes, they will be less inclined to seek shelter in people’s homes and this will be perfect timing with food and drink businesses opening up again.”

All the companies that have collapsed or moved abroad since Brexit