Prince Charles delivered a moving speech on the anniversary of D-Day and virtually helped open the British-Normandy memorial which overlooks Gold Beach, one of several beachheads attacked by British forces on June 6 1944. But keen royal observers looked beyond Prince Charles and noticed a sweet picture beside him of the future monarchs. Fans were quick to point out Prince Charles had not opted for a photo with Prince Harry possibly due to recent accusations from the Duke of Sussex against Prince Charles’ parenting.

The original photo was taken at the beginning of 2020 and was shared on the Royal Family’s social platforms.

The image was to commemorate the turn of a new decade which sees Charles and William standing behind the Queen and Prince George.

It is common to see royals use photographs in during their addresses to the public with the Queen sharing only a photo of Prince Phillip last Christmas as they were unable to share celebrations with the rest of their family.

In 2019 however, the Queen noticeably left out Harry and Meghan from her photos during her Christmas speech. 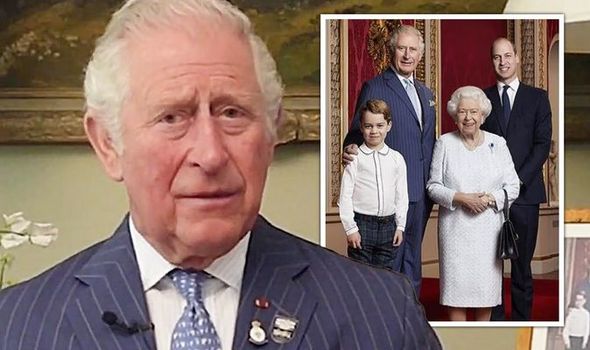 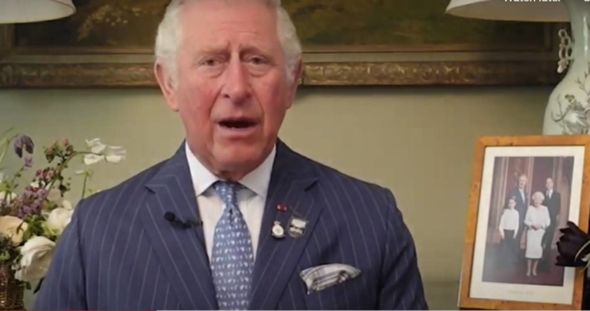 On the 75th anniversary of VE Day, the Queen showed photos of her father King George VI during her tributes due to his close ties to the military.

Harry’s exclusion from Prince Charles’ tribute, despite Harry being a military man, could be down to the comments made by the Duke of Sussex about Prince Charles’ parenting.

Prince Harry told the Armchair Expert podcast that Prince Charles had “passed on his trauma” onto him following his tough upbringing.

Harry’s comments were also a thinly veiled swipe at the Queen and Prince Phillip. 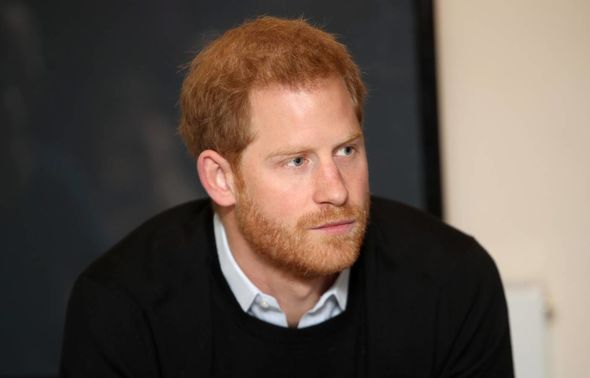 Prince Harry added while there was “no one to blame”, he explained the “pain and suffering” he felt was because of how Prince Charles suffered.

He wanted to “break the cycle” and stated he did not want to be a royal when he was in his 20s.