A man wielding a knife was captured on CCTV destroying an inflatable Christmas tree which had been displayed to raise money for cancer victims.

Shaun Davies woke up earlier this week to discover the festive installation lying ruined in the middle of his garden.

The 22-year-old was staggered when security footage revealed it had been targeted by a gang, at least one of whom appeared to be carrying a weapon.

Three hooded figures can be seen stopping at the garden in Wrexham and having a conversation.

One of the group can then be seen walking towards the Christmas tree and lashing at it with a sharp object, causing it to collapse in an instant.

Mr Davies had created the winter wonderland outside his home to raise money for charity after his partner Jodie Murphy, 33, was diagnosed with breast cancer.

He has spent thousands of pounds over the last five years on equipment for his annual charity drive. 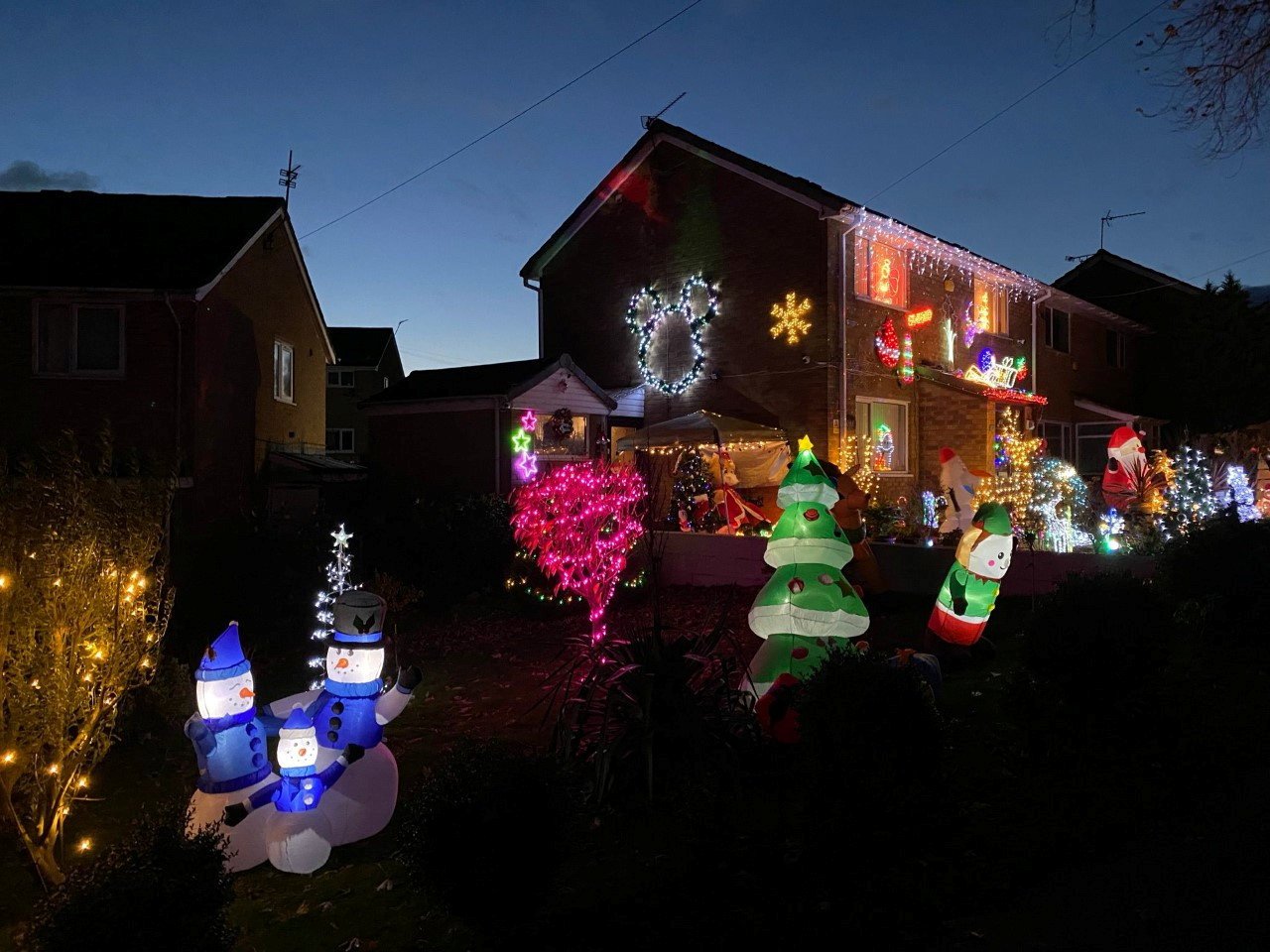 He said: ‘This year I spent a few hundred pounds adding to the display as we wanted it to be bigger and better than ever for Jodie.

‘But we woke up on the Wednesday morning to discover the Christmas tree had been slashed with a blade and couldn’t believe it.

‘Our first thought was “what is the point in that?” Why would you go around stabbing an inflatable Christmas tree? It’s just a bit odd.

‘The aggression he does it with is extremely shocking as well. It’s like he wanted to cause maximum damage – but it was just a blow up tree.’

Mr Davies incident has been reported to North Wales Police and said he is concerned someone appears to be roaming around his area carrying a deadly weapon.

He added: ‘We think it must have been a knife because the cut was so large and clean. The most worrying thing is that somebody is walking the streets with a knife.’

‘The police sound keen to apprehend him as the biggest concern is that somebody is wandering around with a blade and obviously willing to use it.

The money is being raised for the Shooting Star unit at Wrexham Maelor Hospital, which the family say has been ‘fantastic’ in its support of Jodie.