Mr Pierce claimed Meghan Markle and Prince Harry were “wrong” in pointing out in their latest statement about the use of the word royal that the Queen has no jurisdiction over the decision. He explained the Monarch was merely “following the law of the land” by demanding the couple stopped using the word as their brand. He said: “Harry is incorrect to say this is just about the Queen and who owns the word ‘royal’.

“It was all set in something called the Paris Convention in 1883.

“Countries all around the world signed up to what words can be not borrowed, not used, not exploited.

“The Queen was merely following the law of the land.”

The Sussexes are due to quit royal duties on March 31, as they begin a new working life in North America, in a bid to be “financially independent” of the crown.

There have been tense negotiations over the couple’s “Sussex Royal” branding that appears on their website and social media.

The pair had spent thousands trademarking the name to use on various merchandising and documentation.

However, from March 31 Meghan and Harry will no longer have the authority to use the term “royal” for any promotional material or appearances.

“For the above reason, the trademark applications that had been filed as protective measures and that reflected the same standard trademarking requests as done for The Royal Foundation of The Duke and Duchess of Cambridge, have been removed.”

The statement continued: “While there is not any jurisdiction by The Monarchy or Cabinet Office over the use of the word ‘Royal’ overseas, The Duke and Duchess of Sussex do not intend to use ‘Sussex Royal’ or any iteration of the word ‘Royal’ in any territory (either within the UK or otherwise) when the transition occurs Spring 2020.” 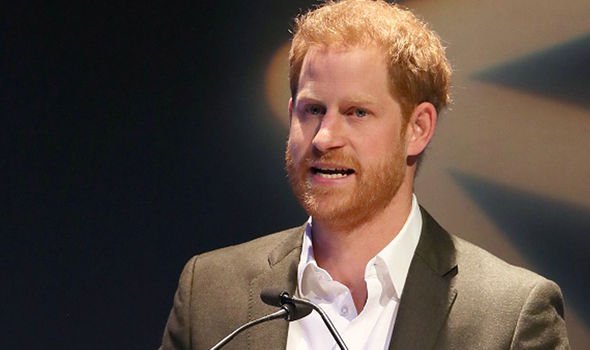 From April 1, instead of undertaking engagements in support of the Queen, they will be represented via their UK foundation, according to their spokesperson.

No further information has been issued about the couple’s new charitable organisation, but it is thought there will be a particular focus on the community, youth empowerment, and mental health.

Meanwhile, the couple’s fired aides are reportedly not to be considered for any other role within Buckingham Palace.

The closure meant 15 staff were made redundant and The Sun has claimed that the royal couple is now discussing redundancy packages for a “clean break.”