Kate, Duchess of Cambridge, and Prince William would be the perfect candidates to complete an official visit to the US, according to American brand and reputation management expert Eric Schiffer. Full-time working members of the Royal Family haven’t visited the US for a few years now and the palace hasn’t announced any plans for the near future to pay an official visit to officials across the pond.

The ongoing coronavirus pandemic and travel disruptions have also made it more difficult for royals to carry out visits overseas.

But, if the Firm decided to resume its long and successful tradition of royal visits to the US, it would mark a golden “opportunity to rebrand the monarchy” among Americans, according to the California-based expert.

Asked whether a hypothetical tour of the US by Kate and Prince William could have a positive impact on the Royal Family and how it is perceived in the US, Mr Schiffer told Express.co.uk: “Absolutely. It would be a very smart move.”

The expert added the Cambridges’ presence on the US soil could help “counter” what he described as the “media battle plan put forward by Harry and Meghan over the last year” when referring to their bombshell interview with Oprah Winfrey and claims and revelations made by the Duke in a series of audio and video programmes including the mental health series he co-created ‘The Me You Can’t See’.

Kate and Prince William, Mr Schiffer said, have the potential to charm and interest Millennial and Generation Z Americans through their approachability and interest in causes close to young people’s hearts – including mental health and the environment.

He said: “I think just being able to speak to issue that matters to them, whether it’s the environment or social justice, and show their real and approachable side with their own vulnerabilities would be very helpful to connect with the future population of America.”

The expert also believes Prince Charles and Camilla, despite being future King and Queen Consort, would not be as effective in charming the US population as the second-in-line to the throne and his wife.

He added: “This is really an opportunity to rebrand the monarchy in ways that allow older Americans to revisit the potential and majesty of what the monarchy represents and also show younger Americans who they [Kate and William] are and build their own relationship with Millennial and Gen Z.”

Several members of the Royal Family have carried out visits to the US over the years.

The Queen’s father, King George VI, became the first British monarch to set foot in the US in June 1939, on the brink of World War 2.

During the highly important diplomatic visit, the sovereign and the Queen Mother met US President Franklin D. Roosevelt and First Lady Eleanor Roosevelt and enjoyed their very first hot dog.

The Queen travelled to the US multiple times over the decades.

Her first trip took place in 1957, during which she visited Washington, New York and Williamsburg as well as Maryland, in North Carolina, where she watched a football game.

The Queen and Prince Philip travelled Stateside also in 1991, 2007 – when the horse-racing lover sovereign could attend the 133rd Kentucky Derby – and 2010.

Princess Diana and Prince Charles wowed both A-listers and everyday Americans with their trip in 1985.

During this visit, Princess Diana famously danced with John Travolta while at a star-studded gala dinner hosted by US President Ronald Reagan and his wife Nancy.

Upon welcoming the royal couple to the US on their most recent trip, the then UK Ambassador to the US Sir Peter Westmacott said: “Their trip to Washington and Kentucky will showcase the best of the transatlantic relationship — promoting democratic values, combating climate change, preserving the natural environment, creating opportunities for the next generation — and provide yet another reminder of the essential role the Royal Family play in keeping that relationship special.”

Kate and Prince William have also visited the US over the past decade.

Their first journey across the pond in 2011, which also encompassed Canada, was also their first official visit as a married couple.

The Duke and Duchess returned to the US three years later, when they even met several celebrities while attending an NBA basketball game.

Prince Harry famously went on an official tour of the US in 2013, when he met US President Barack Obama, his wife Michelle and the then-Vice President and his wife Joe and Jill Biden.

During this trip, the Duke of Sussex watched the Warrior Games, which inspired him to launch one year later his Invictus Games.

The Duke, who stepped down as senior royal with his wife Meghan at the end of March 2020, now lives in California with his family.

Did Brexit start HERE? How Boris Johnson revealed decision that ‘made EU unfriendly to UK’ 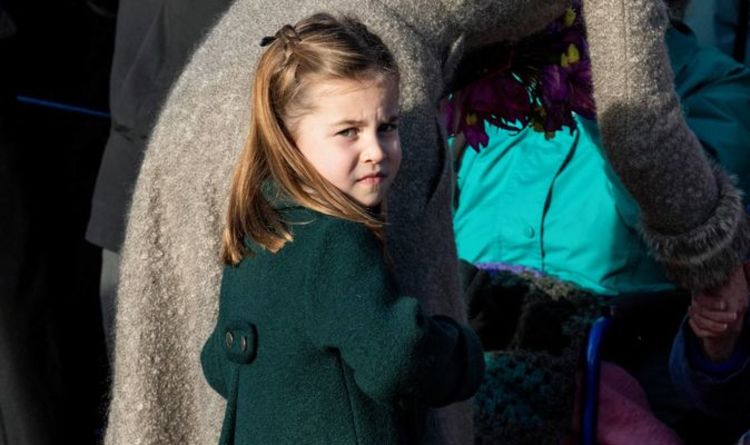