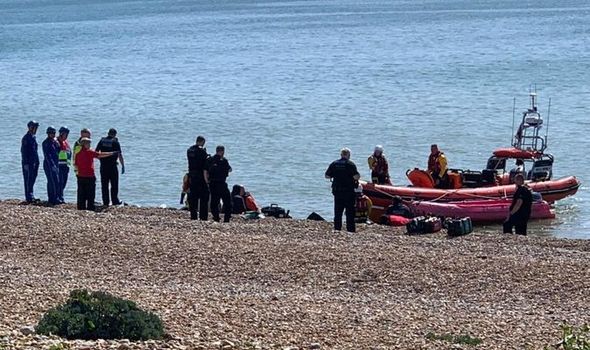 Border Force agents are said to be dealing up to eight boats along a stretch from Dover to Winchelsea Beach in East Sussex. MP for Dover and Deal Charlie Elphicke said if the figure was confirmed it would be a “record number” of boats to arrive in one day. Officials have reportedly intercepted seven boats carrying around 30 people, while one more landed without being picked up.

Mr Elphicke said: “If confirmed this would be a record number of boats arriving in a single day.

“This crisis was meant to have been dealt with at Christmas, yet numbers continue to rise. It looks set to surge to record levels through the summer.

“The Home Office needs to get a grip on this crisis.

“This is about much more than simply border security. It is about the exploitation of vulnerable people by criminal trafficking gangs – gangs that Britain and France must work together to catch and bring to justice. 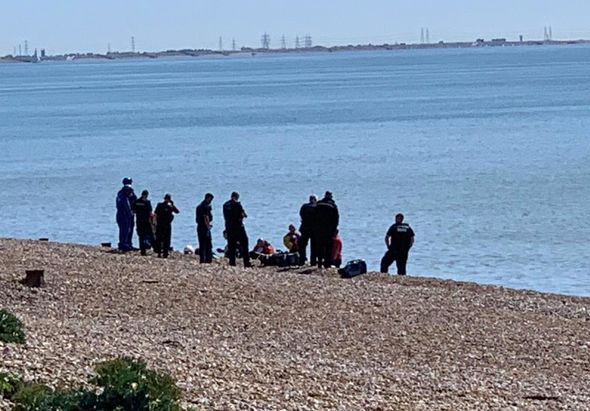 “These journeys are incredibly dangerous. Overcrowded boats with men, women and children aboard.

“The risk of tragedy in the middle of the English Channel resulting in loss of life is very real.

“This is why the Home Office and France must act now to bring this crisis to an end.”

A spokesman for the Home Office added: “Border Force is currently dealing with ongoing small boat incidents off the Kent coast.

“Further details will be provided once the situation has been resolved.”

It comes after home secretary Sajid Javid declared a major incident in December due to the increasing number of migrants attempting to cross the English Channel.

A total of 138 people made the dangerous journey from France to the UK in December.

And last month, that rose to 140 people making the crossing.