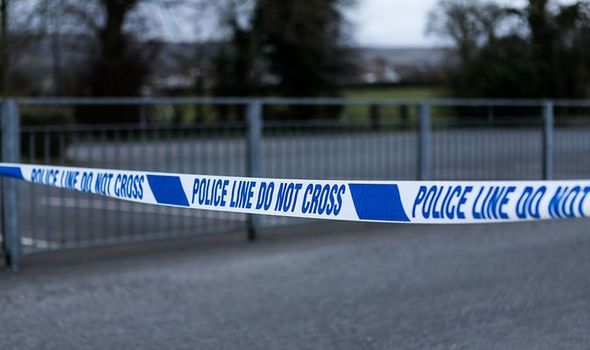 The first casualty was a 15-year-old in Ashburton Park, Croydon, south London, who was pronounced dead at 7.36pm on Thursday. Gang members circled the park to make sure he was dead, according to horrified witnesses. A 15-year-old boy has been arrested on suspicion of murder.

Then a 16-year-old was fatally wounded at Philpot’s Farm, Yiewsley, Hillingdon, west London, and pronounced dead at 8.25pm. The Metropolitan Police said it was too early to say whether the two stabbings, more than 20 miles apart, were linked.

The latest murders will again prompt discussion about the possible causes.

Experts suggest a rise in the number of children who are vulnerable, increased pressure on policing and other services, and conflict being fuelled by social media. Scotland Yard were called to the Croydon stabbing shortly after 7pm.

They gave first aid before an ambulance arrived but the boy was pronounced dead a short time later.

Other officers were called to Yiewsley shortly afterwards, where they found the victim suffering from a puncture wound.

He also died at the scene. Neither boy has been publicly identified but their families have been informed.

Kristina Ray, 38, a mum of four who lives near Ashburton Park, said: “I think I saw five or six boys. I couldn’t hear from the house what they were saying.

“I saw a white Mercedes that kept circling the scene. My gut feeling is that it was a big gang member that wanted to make sure this kid was dead.”

Speaking at the scene, Metropolitan Police Commander Alex Murray said: “My message today, other than speaking to the families and friends of those that London has lost, is to say you cannot carry knives in London.

“This is what happens when knives are carried and we all have a role in relation to tackling knife crime.”

“To the family of this 15-year-old lad, and to the family of the young man killed in Hillingdon, the poignancy of the time of year ‑ I have got teenagers myself ‑ all I can say is that the Met is reaching out to you and we’ll do everything we can to bring the offenders to justice.

“We can’t imagine the pain that you are going through. But you must know that we are absolutely committed to tackling violence across the whole of London so that more mums and dads don’t have to be in a position that they’re in right now.

Ashburton Park “And I can’t imagine the unbearable pain they must be in.”

Patrick Green, chief executive of anti-knife crime charity the Ben Kinsella Trust, said social media and the pandemic have had a big impact on teenage homicides.

He said: “We feared we would see a particularly difficult summer, but we’ve actually seen an incredibly difficult year.

“Knife crime is accepted by this generation as part-and-parcel of growing up, and that’s completely unacceptable.”