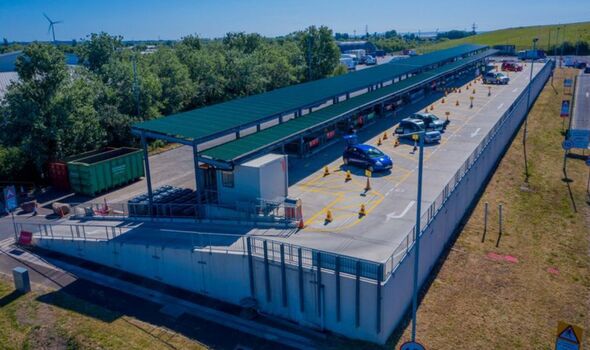 A recycling centre has been evacuated by a bomb disposal team after the alleged discovery of a “mortar type bomb”.

Staff said a motorist found “what looks like a mortar-type bomb”.

Officers from South Wales Police were called to Lamby Way recycling centre in Cardiff and immediately evacuated the whole area and closed off the site.

A spokeswoman from the force said: “Police were called at 11.38am. Cordons are in place and Explosive Ordinance Disposal (EOD) are at the scene.”

A spokesman refused to confirm the presence of an explosive device.

The centre runs a pre-booking service only for collecting recycling waste so it is understood that only a small number of people have been affected.

Those with appointments at Lamby Way on January 18 were directed to the council’s second recycling facility at Bessemer Close, Cardiff.

The facility in Rumney opened in 2017 and is where much of Cardiff’s waste ends up to be sorted after it has collected from doorsteps all over the Welsh capital.

The Cabin has since opened there as an on-site charity shop where people can donate their unwanted items instead of dumping them in the skips.

An “Aladdin’s cave” full of saved stuff was recently spotted at the site.

We will be bringing you the very latest updates, pictures and video on this breaking news story.

Please check back regularly for updates on this developing story.

Get email updates on the day’s biggest stories straight to your inbox by signing up for our newsletters.

Showdown at Sandringham: Royals to thrash out split deal…with Meghan on the phone