Red arrow flypasts will take place around the Midlands area this weekend as part of an air show. A Red Arrows spokesperson said: “The Royal Air Force (RAF) Aerobatic Team is due to the display at the Midlands air festival today and tomorrow, plus a flypast on Sunday.” The RAF added: “This will be the first UK public display by the team since July 2019.”

How and where to see the red arrows this weekend

The Midlands air festival will take place this weekend at Ragley Hall, Warwickshire, and will mark the first appearance of the red arrows in 2021.

If you want to watch and live nearby, you can head on down to the air show, which will be taking place over the course of this weekend.

In its third year of operation, the popular event will feature fly pasts and displays from the Typhoon display team, the Battle of Britain Memorial Flight, PBY Catalina and a Wasp Helicopter, among others.

Other displays will include the RAF Falcons parachute team and more than 120 hot air balloons. 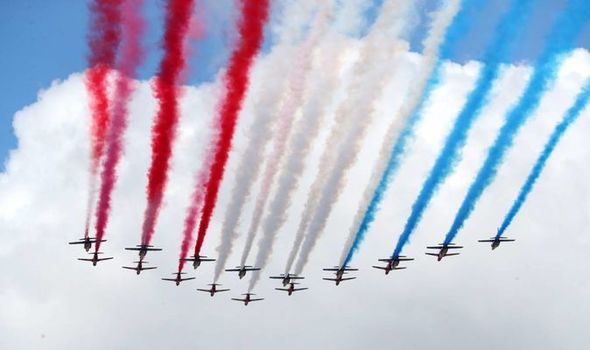 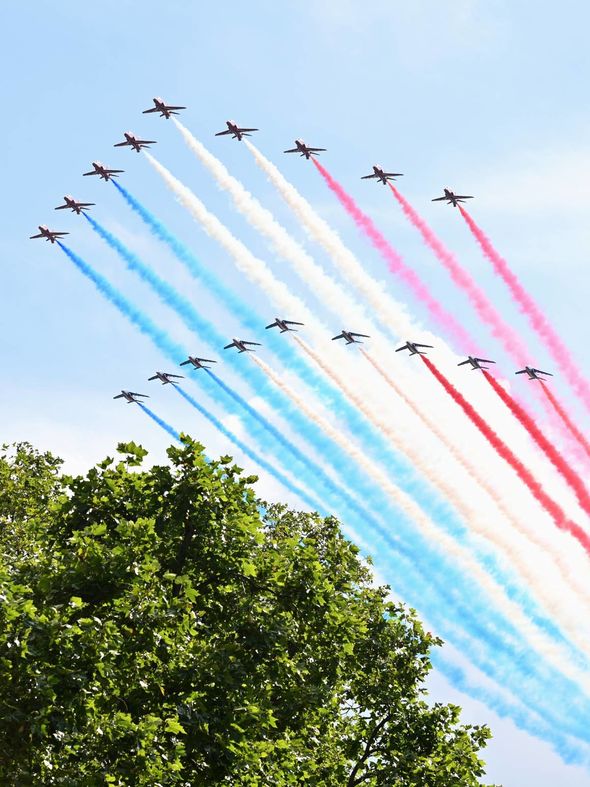 The Red Arrows will be flying from Scampton to Fairford on Friday from 3.10pm to 3.30pm. 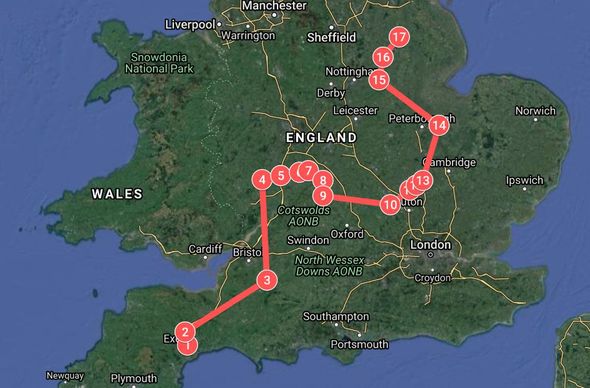 The Red Arrows military display on Friday will kick off at 6pm and go until 6.56pm. 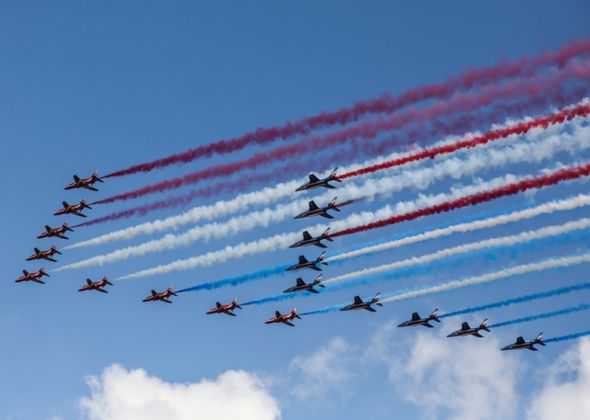 The Red Arrows will be flying past the Midlands Air Festival on Saturday, June 5, from 12.45pm to 1.30pm.

The Red Arrows will fly from Fairford to Exter on Saturday, June 5 from 4.20pm until 4.38pm.

The Red Arrows are flying from Exeter to perform a flypast at Bessin, Normandy, on Saturday, June 6 for the 77th anniversary of the D-Day landings.

More flypasts are expected on Sunday, June 6 as the Midlands Air show continues, this time from 1.35pm to 2.25pm.

You should note that times and routes may change due to weather or other requirements, but the outlook for the weekend looks dry and sunny.

Prince William praises the military for helping with vaccine rollout