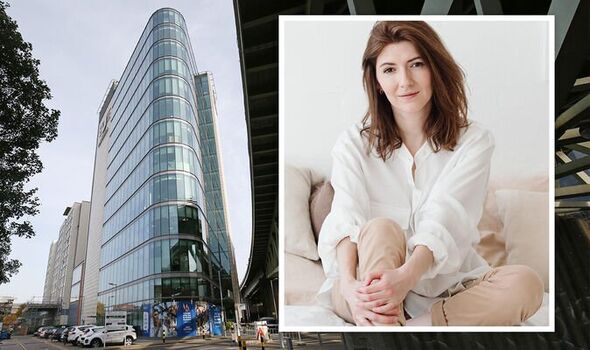 Elena Ledneva, who moved to London with her husband and newborn son in May last year, was told by the University of West London (UWL) earlier this week her Master’s application would not be taken further because of “the recent events and situation in Ukraine”. She described this as “totally unreasonable”. The university said in an email this was “policy”, despite the list of “general principles” on its website insisting it “will admit candidates who have the potential to succeed on their chosen course regardless of background”.

The university later revealed two other Russian applications had been rejected, though it described it as “an isolated and unacceptable incident”.

A spokesperson said: “An individual staff member sent invalid rejection emails to a total of three prospective students in breach of UWL’s published admission policy. UWL has contacted each applicant to apologise and inform them their application is still ongoing.”

After reading the university’s response, Mrs Ledneva said she remained unconvinced, arguing that it has only raised “more and more questions”.

The previously rejected applicant told Express.co.uk: “I wonder what motives this individual member of staff had when sending such discriminating letters. How could it be that one person made a decision on several applications following their own policy? Or was it the policy of the university after all?”

UWL stressed its policy had not changed and that, amid the ongoing Russo-Ukraine war, which Mrs Ledneva described as “heartbreaking”, it was still opposed to discrimination based on nationality, and on all other metrics.

But the applicant questioned whether a backtrack would have taken place had there not been a heavy backlash to the initial rejection.

She asked: “What would have happened if my case had not gone public?”

A spokesperson for the university said: “We are grateful that the applicant brought this to our attention.”

Mrs Ledneva speculated had her case not become widely known, “[I wonder whether] the university [would] have just rejected myself and two other Russian applicants and then forgotten about it”.
A previous explanation of her rejection she claimed was “ridiculous”.

This, sent by UWL directly to Mrs Ledneva, and seen by Express.co.uk, noted: “We have placed Russia on our high risk list of countries for visa purposes where we charge up to 100 percent of tuition fees before issuing a CAS [Confirmation of Acceptance for Studies, required by those seeking a study visa] but this does not mean we are not processing applications.”

Mrs Ledneva questioned the mention of visa issues, given UWL “knew I was a visa holder already that allowed me to study and work in the UK”. There is email proof that the university was aware of this, which has again been seen by Express.co.uk.

She added: “It’s sounds like they are trying to make it right after the situation got public the day before and they are experiencing a lot of pressure.”

This, he added, would have been an “open and shut case” in court.

While the case now appears to be closed, Mrs Ledneva highlighted that the damage has already “been done”.

She said: “Even though ‘UWL has contacted each applicant to apologise and inform them their application is still ongoing’, unfortunately the impact has been done to my mental state and future plans.”

The applicant also asked what the university is doing to ensure such an event does not occur again.

A UWL spokesperson told Express.co.uk the university will be ensuring all staff members understand and adhere to its admission policy (which remains unchanged and prohibits discrimination on the basis of nationality) and will be providing further support for anyone who has difficulty interpreting it.

Countless anti-Russian acts have been conducted in the West since Vladimir Putin announced his country’s invasion of Ukraine in February.

Georgios Giannakopoulos, a lecturer at the City University of London whose tweet on Mrs Ledneva’s rejection went viral, told Express.co.uk: “I have been hearing stories anecdotally of Russian students having a hard time in London because they are falling victim of this popular hysteria without being the perpetrators of [the war].”

Some, he said, are receiving “abuse in the street” just for speaking Russian while in public.

Mrs Ledneva insisted that such abuse is wrong and unwarranted, adding that love and empathy is “the key to get the world back to normal”.

Coronavirus: How have the ‘missing’ COVID-19 cases impacted daily figures?