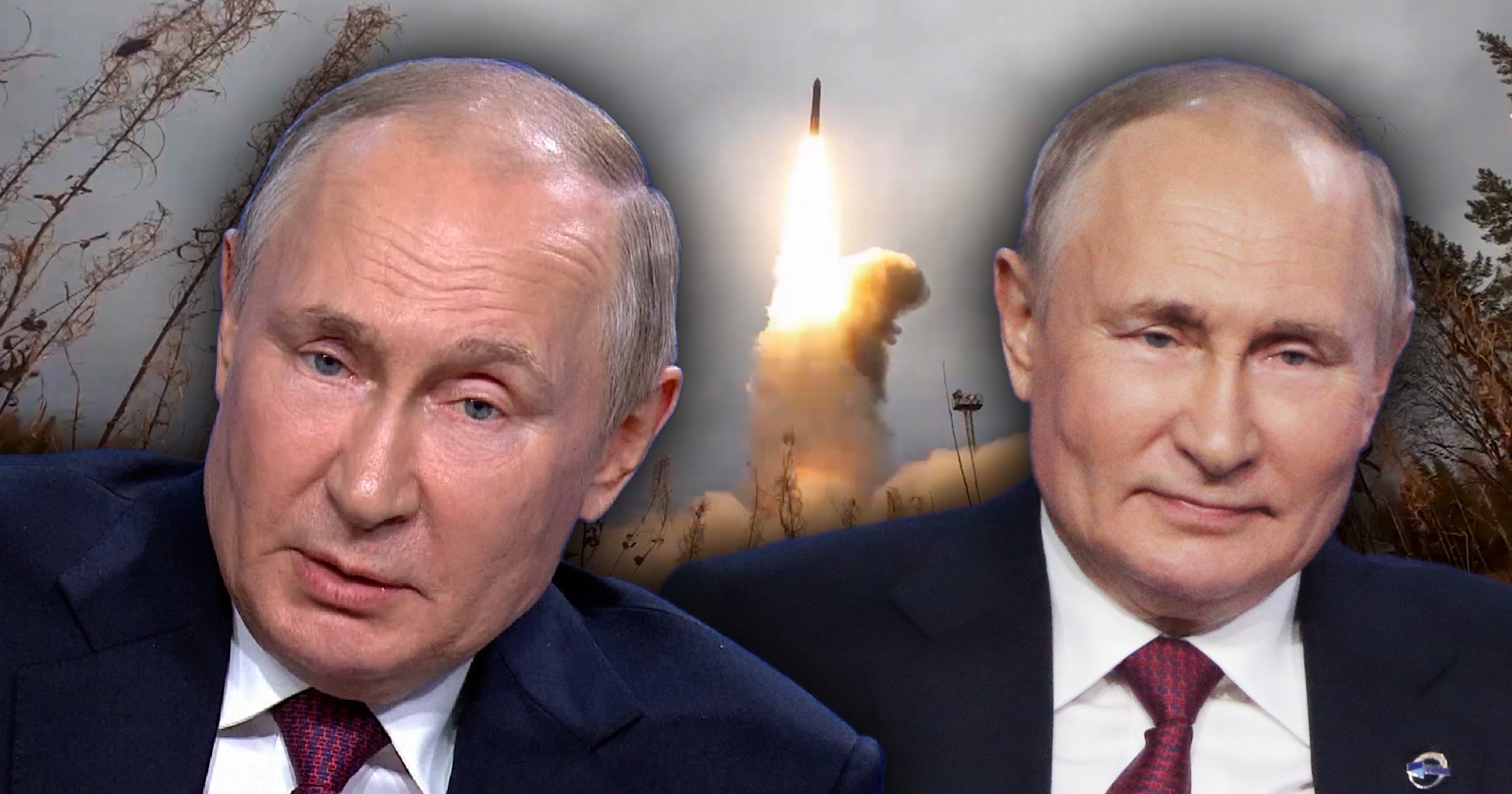 Vladimir Putin ‘may be ready to have a war’ as he made light of fears around nuclear attacks, Nikita Khrushchev’s great-granddaughter has warned.

Nina Khrushcheva, who is currently in Russia, described a ‘palpable’ sense of anxiety in the country about what the president will do next in the Ukraine war.

At an annual foreign policy conference outside Moscow, Mr Putin was asked whether the world is on the verge of nuclear war.

Mr Putin paused for 10 seconds, in a stretch of silence described by moderator Fyodor Lukyanov as ‘alarming’.

The smirking president replied: ‘I did that on purpose so you would be on your guard. The effect has been achieved.’

Mr Putin denied that Moscow was preparing to use nuclear weapons in the war against Ukraine.

‘We have no need to do this. There’s no sense for us, neither political nor military,’ he said.

This is despite how Mr Putin was the one himself who raised this threat, saying in a September address he is ‘not bluffing’ about his willingness to press the button.

‘Those trying to blackmail us with nuclear weapons should know the tables could be turned on them,’ he said.