A television channel said the dinner parties were being held in defiance of coronavirus restrictions. One organizer initially said that government ministers had participated, setting off outrage online. 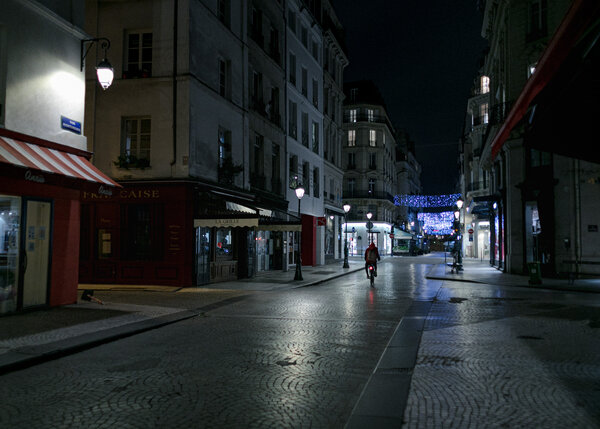 PARIS — Champagne, foie gras and a “potato soup glazed with truffles” were on the menu at one of many secret elite dinner parties being held across Paris in violation of nationwide coronavirus restrictions, according to a French television report.

The report, relying on hidden camera footage and broadcast over the weekend by the channel M6, showed mask-free diners at venues such as a private mansion and a luxury restaurant. One dinner organizer initially said that several French ministers had attended the illegal parties, before backtracking on his statement.

The report set off outrage in France, with thousands of people demanding explanations on social networks, and political leaders calling for a strict application of lockdown rules. In response, the Paris prosecutor’s office said on Monday that it would investigate illegal dinner parties.

The news comes amid a deep sense of fatigue and frustration over a seemingly endless cycle of coronavirus restrictions in France, which has just entered a third national lockdown intended to combat a third wave of infections.

The station’s report showed staff at an unidentified luxury restaurant offering evening menus priced from 160 to 490 euros, or about $190-$580. Only customers recommended by an unnamed third party would be served, the diners were advised.

“We don’t wear a mask here,” a white-gloved waiter told one diner, actually an undercover journalist. “Once you pass through the doors, Covid no longer exists.”

Homeless people given the Covid vaccines by council in UK first