Home » Europe » Reputation of police ‘hangs by a thread’ 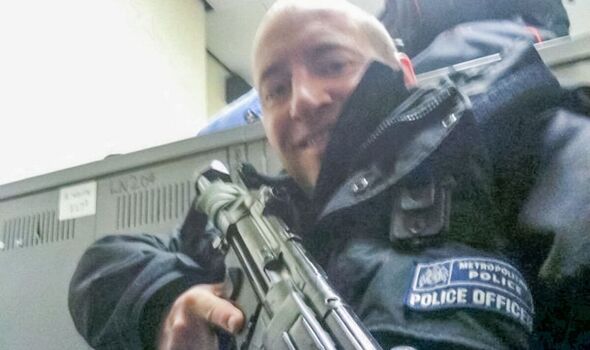 The former Met Police officer, 48, is facing multiple life sentences after admitting 49 offences involving 12 women including 24 counts of rape. The shocking case exposed a woefully inadequate vetting system that allowed Carrick to remain in the ranks for 20 years despite a series of criminal allegations against him.

Lee Freeman, Chief Constable for Humberside since 2017, described the past few days as “one of the darkest weeks for policing” in the past 30 years.

He said: “I feel that the case of Carrick, along with other prominent cases that regrettably precede it, means police legitimacy is hanging by a thread.”

Lucy D’Orsi, Chief Constable of the British Transport Police, revealed that forces would still not be alerted if one of their officers was arrested.

She said: “If I was to commit a crime, get arrested and give my details, there is no obvious system check that would flag that I’m a police officer if I didn’t choose to tell them.

“On arrest, my DNA and prints would be taken and checked against national forensics databases.

“Even though I’ve provided my biometric samples to the police (my employer), the datasets are not run together to identify a match.

“As it stands today, I could be arrested by the police and nobody but me would know I am the police. In my view, this is a priority issue for our attention.”

One disturbing aspect of Carrick’s crime is that he abused his position as a serving officer to reassure victims they were safe and could trust him.

Ms D’Orsi said she was “angry” that Carrick used his status to gravely harm women.

Mr Freeman said it was “indefensible” to claim incidents in which officers use their status for sexual gain are similar to cases of teachers or doctors who have abused their position.

“That fails to recognise the unique position that policing has in a liberal democracy,” he added.

“As members of the police service, many of us have the right to take away another person’s liberty, by the use of force if necessary, and detain them.

“This power is conferred to us on the basis that every one of us is completely trusted.

“Right now, I feel that this trust has been severely damaged.”

Carrick will be sentenced on February 7.