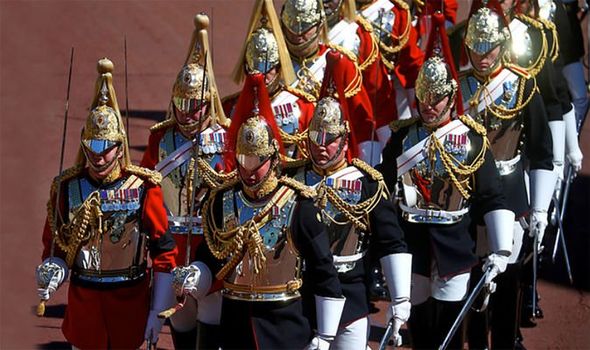 The move, revealed in the small print of the Ministry of Defence’s new “Future Soldier” policy plan, is part of the biggest transformation of the Army in two decades, which will see its number shrink by 9,500 from 82,000 to 73,000.

Scots, Welsh and Grenadier Guards regularly fail to recruit and retain enough soldiers and, over the last three years, have been forced to regularly borrow personnel from other regular units when on ceremonial duty.

Now the London Regiment, a reservist unit, is to be re-named the London Guards Regiment and become a part-time Guards unit.

It means that reservists will be supporting Foot Guard regiments in ceremonial duties at Buckingham Palace, Windsor, the Tower of London and St James from 2024.

The last time this happened was in 1900, when the Royal Guards Reserve Regiment was formed to offset a shortage of manpower during the Boer War. In that case, however, the veterans who signed up committed to 12 months of full-time duty, and did not work on the part-time basis of today’s reservists. The regiment was disbanded a year later, in 1901.

According to the most recent figures, the Welsh Guards have just 353 soldiers in service and the Irish Guards have dropped to 343 – well under their establishment of 600.

In order to preserve their identities, the shake-up will see ceremonial tasks removed from individual regiments and handed over to eight newly created “Public Duty Teams”, which will include guardsmen from all five Foot Guard regiments and members of the new London Guards Regiment.

Three will be on duty at any one time.

The London Regiment was formed in 1993 and is an infantry battalion which has deployed soldiers to Iraq and Afghanistan. It boasts the Earl of Wessex, Prince Edward, as its Regimental Colonel.

Last night Army officials acknowledged that individual reservists may apply for ceremonial duties, but said there was no intention to formally plug the capability gaps with units of reservists.

However, a senior source within the London Regiment said: “Our brief was very clear. We will be supporting the Brigade of Guards on ceremonial duty. That will be in the form of augmenters and as a formed unit. The bottom line is that the Guards regiments are heavily undermanned”.

Military historian Brig Allan Mallinson said: “Most infantry units struggle with numbers, but the Guards have a specific numerical commitment to public duties. They could easily meet this if they turned themselves into a full-time ceremonial unit. but they don’t want this and it mustn’t happen.

“Unless they recruit more regular Guardsmen this is the only way they can cope. “

He added: “This is a considerable departure for the British Army and reflects a crisis – as it did in the Boer War – which has been seen to be coming for some time.”

An Army spokesman said: “There is no intention for units formed from Army Reserves to conduct Ceremonial Duties, although individual reservists can volunteer if interested and capacity allows.”