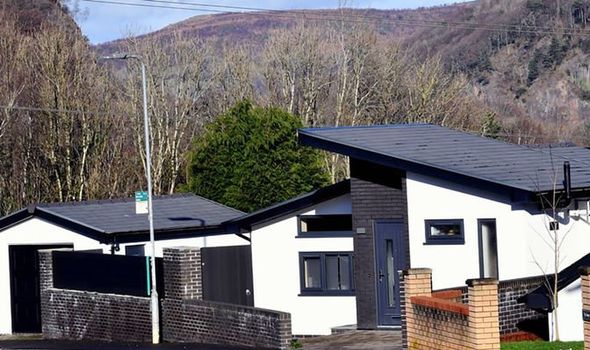 The property was built differently to plans approved by the council as there’s an additional balcony, patio and window, like “a castle overlooking a bungalow”. The additions were initially refused due to privacy concerns and, when the owner removed these in a revised application, the work was given the green light.

When construction started, though, neighbours in Radyr, Cardiff, reported the house was not being built according to the approved plans as it still included an overlooking balcony, patio and window.

A detached garage was also built, which was not in the approved plans, and an extra bedroom.

After Cardiff Council told the homeowner the house was different to the approved drawings, a new application was submitted for retrospective permission in order to keep the changes. Planters would be put in place to interrupt views into neighbouring properties. However, this application has been turned down.

Robert Moy-Lewis, a neighbour, wrote to the planning department to object to the application, reports Wales Online.

He said: “The reason I object to the design is that it incorporates a window positioned in such a way that it allows from an elevated location a clear and uninterrupted view over the private rear garden of a property, of which I am co-owner and occupier.”

Mr Moy-Lewis asked the council to order that the window be replaced with a Velux window in the roof, or a window above head height, which would still provide natural light but no longer overlook his garden.

Councillor Rod McKerlich, representing Radyr, also wrote to the planning department urging them to refuse the application, because of the balcony, patio and rear window overlooking neighbouring gardens and bedrooms. He said: “Privacy is breached to an alarming extent.

“The retaining wall is made of wood, and water is oozing through it into the gardens of Ael y Bryn. The wall does not appear to be robust enough to properly retain the land and buildings above.”

Councillors on the planning committee voted to refuse the latest application, which could now lead to enforcement action being taken by the council.

Cllr Lyn Hudson said: “I think it is very overbearing and I think if we approve this it gives the green light for anyone to ignore any of the drawings and plans they’ve already put in.

“If you look at it from the perspective of the neighbours, it’s a bit like a castle overlooking a bungalow. It’s not going to be alleviated by planting or putting down pots.”

‘Brexit betrayal!’ Boris Johnson warned proposed deal has ‘all the hallmarks of a sellout’