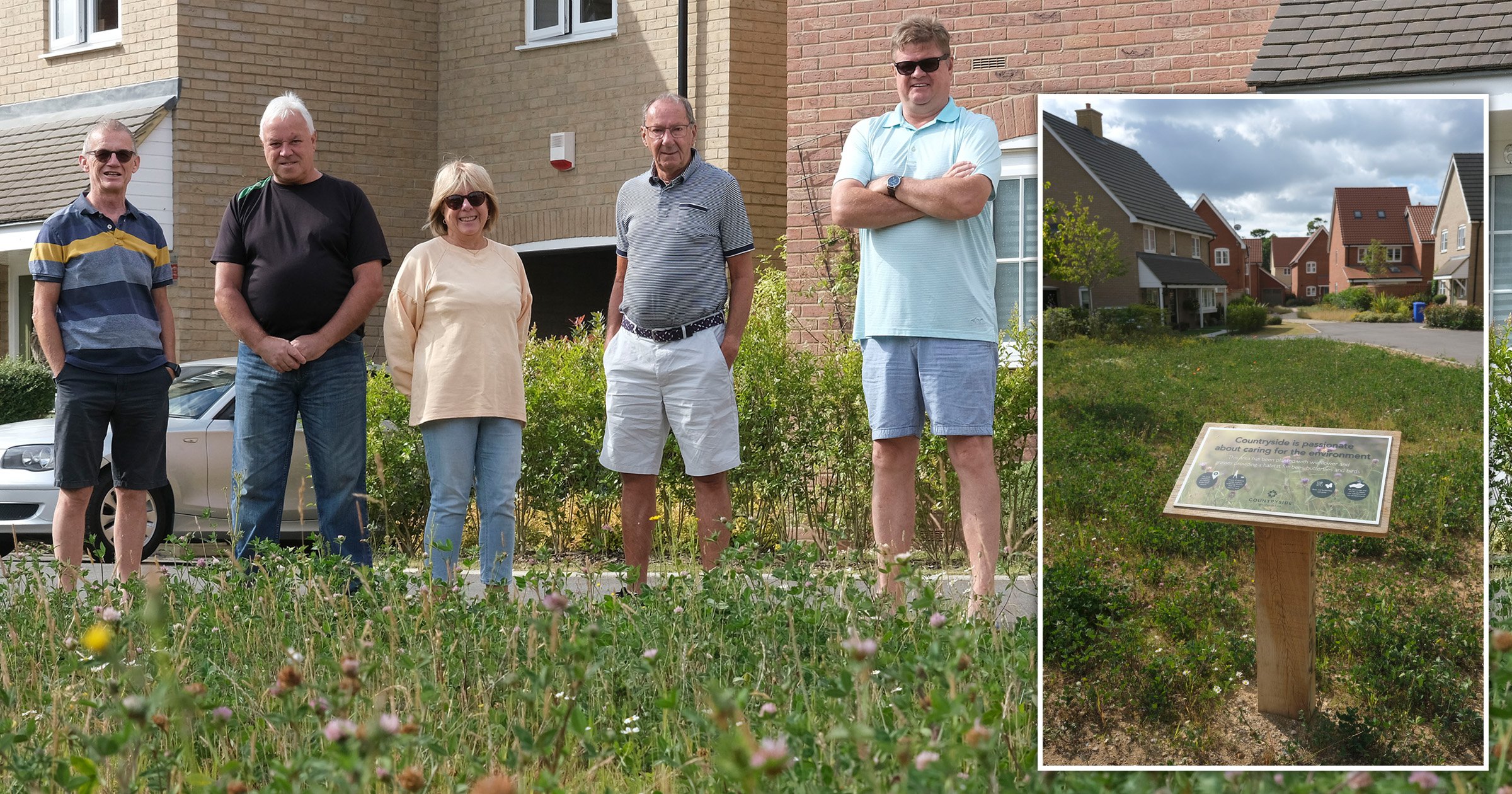 A group of neighbours who were angry at a patch of grass on their estate looking like a ‘jungle’ now say they still don’t like it despite it being mowed.

In July, residents complained about a small area of grassland designed to have wildflowers, where the seeds hadn’t yet taken.

Martyn Wood, 66, told Suffolk News that it looked ‘worse than a jungle’.

But three months later, he says the area is still an eyesore.

‘It looks a complete and utter mess which is not fitting with a residential estate,’ he told the paper, adding that ‘no one seems to listen’.

He posed with other residents of Merchant Avenue on Marham Park, Bury St Edmunds, for a photo looking glum in front of the grassy area, where some wildflowers could be seen.

A sign alongside reads that it has been planted with wildflowers to help bees, butterflies and birds – whose populations are declining due to habitat loss.

The developer responsible, Countryside, defended the landscaping saying: ‘Although currently not in season, the wildflower area is now taking and the sward thickening well.

‘Maintenance plans are in place for the coming months, including some cutting of the sward to enable regermination and the planting of some replacement shrubs.

‘A landscape maintenance contractor has been instructed to undertake this work.’

West Suffolk Council is due to take control of the area in 2023 – so hopefully Martyn will be happier with the service by then.

Coronavirus: What the 'delay' phase will mean for the UK

Coronavirus: More than 1,000 fines handed out by police for lockdown breaches