SNP Leader Nicola Sturgeon believes Jeremy Corbyn will cave into second independence referendum demands, saying she does not think it would be “credible” for the Labour leader to “turn his back on the chance to govern”. But Chancellor Michael Gove has warned an independent Scotland would be “economically devastating” for the country, saying within the UK it has the chance of getting the “best of both worlds”. Referring to the SNP, Sky News presenter Adam Boulton asked: “They oddly claim that Scotland, for example, could be more economically viable if it was separated from London and England. You think that’s wrong?”

Mr Gove said: “Not only do I think it’s wrong, the SNP acknowledged that’s wrong in the growth commission report that they produced in order to make the case for independence.

“It became clear that an independent Scotland would have to have a level of austerity even greater than that, which we’ve seen in the past in the United Kingdom.

“They acknowledge also that Scotland would have a separate currency in the future, we don’t know what that currency would be but it seems to me ridiculous that the SNP want to have a position where you couldn’t use the pound sterling in sterling.

“It is also the case that as a result of independence we would see the investment that the UK Government puts into not just defence but into other areas as well, going. 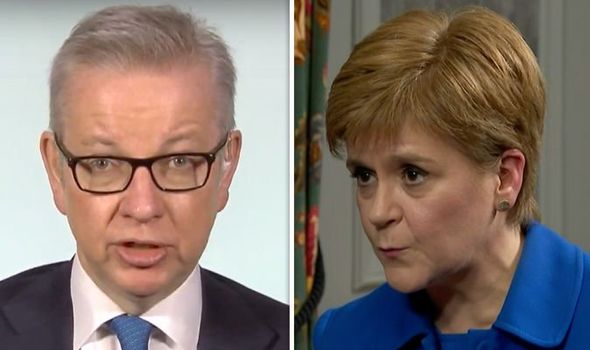 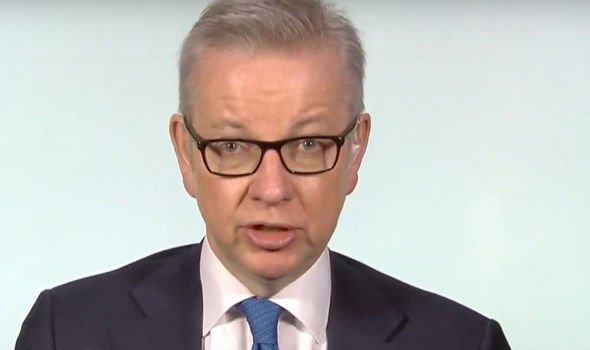 “I think it would be economically devastating for Scotland to be independent as it is within the UK that Scotland have a chance to get the best of both worlds.”

Mr Neil said: “The Growth Commission set out six economic tests for establishing your own currency and it says in the interim you would use the pound?”

Ms Surgeon said “yes”, before the BBC host continued: “But you wouldn’t be part of the UK monetary union?” 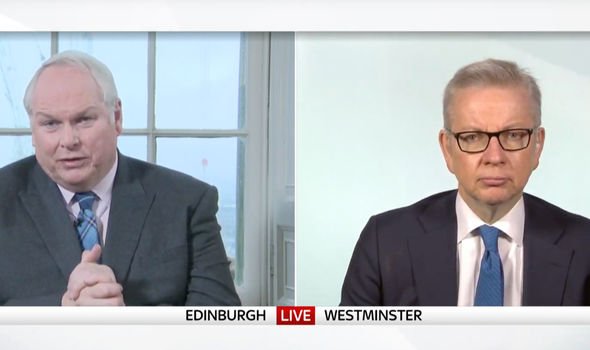 Mr Neil questioned: “In this situation, we are talking about England and the rest of the UK would no longer be in the EU, you would still be using the pound but you wouldn’t have monetary union. 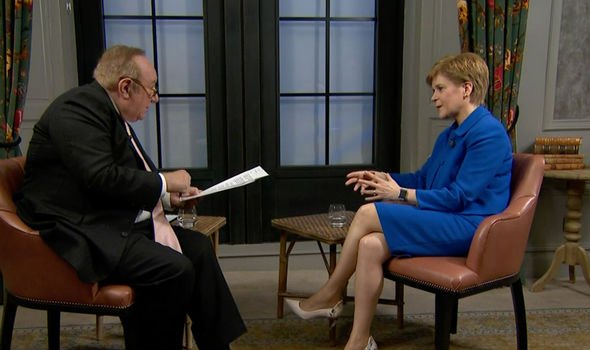 “You’re seriously saying you would try and join the EU using a currency of a country that is no longer in the EU? Brussels wouldn’t allow that to happen.”

Ms Sturgeon said: “The pound is Scotland’s currency right now. The proposition is that until the conditions were right to establish our own currency which we have said is our objective we would use the pound to do that.”

Meanwhile, Labour has squeezed the Tories’ poll lead to 11 points from 18 over the last week, a survey by Kantar showed today. Support for Prime Minister Boris Johnson’s Conservatives fell 2 points to 43 percent, while Labour was up five points on 32 percent.

The Liberal Democrats were down two on 14 percent, while the Brexit Party was up one on three percent. Kantar surveyed 1,097 people online between November 21 and 25.

The poll is the second in two days to show a narrowing of the Conservatives’ lead. On Monday, an ICM poll for Reuters gave the Conservatives a seven-point lead, down from 10 points a week earlier.