A surge in online extremism, at a time of COVID-related isolation, has created a “perfect storm” for radicalisation, according to the UK’s top counter terrorism police officer.

Metropolitan Police Assistant Commissioner Neil Basu has said growing numbers of young people in particular have been sucked in by the increase in hateful ideology online and set on a path towards violent extremism.

AC Basu revealed that 17 children, some as young as 14, were arrested on terrorism charges in the past 18 months. 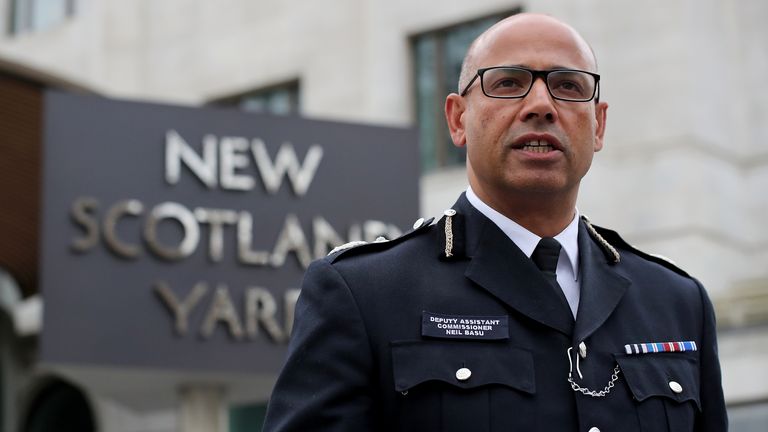 Over the same time period, more than 1,500 children under the age of 15 were referred to the Prevent counter radicalisation programme.

“We are seeing more young people being drawn towards terrorist activity,” he said.

“That is a relatively new and worrying trend in the UK, because just a few years ago we were not seeing anyone that young amongst our casework.”

Authorities launched a new website on Tuesday aimed at encouraging family and friends to report loved ones if they suspect they are being radicalised.

The new Act Early site will provide advice, guidance and support for anyone concerned that someone they know may be at risk.

It comes as authorities reveal a worrying lack of engagement by families with the Prevent programme.

Last year, just 2% of referrals to Prevent came from the family and friends of those suspected of being radicalised.

Mr Basu said that figure was unacceptably low and partly drove the decision to launch a new website, so people could get help and support if they have concerns over the behaviour of someone they know.

“I remain hopeful, because there is something we can do right now to try and stop this.

“It requires parents, friends and family to help us by acting early, by talking to their children about what they view online and sharing their concerns and seeking support if they fear someone they know is in danger of being radicalised.”

He said he understood the reluctance of families to report relatives, but that contacting the website did not automatically mean someone would be criminalised.

“Asking for help is a difficult and emotional step, but we must see it for what it is – action which won’t ruin their lives but may well save them”, he continued.

For MI5 and Counter Terror Command at Scotland Yard, the vast majority of their work is still centred on the threat from Islamist extremism.

But Mr Basu has warned the threat from far right extremism is growing rapidly, adding that 10 out of the 12 under 18s who were arrested for terrorism last year were linked to extreme right wing ideology.

He said: “There has definitely been a growth in nationalistic material online, white supremacist literature, things that are extremely disturbing.”

The terrorist threat level in the UK was raised to Severe earlier this month, following a wave of terrorist attacks in France and Austria.

There is no specific intelligence of a threat to the UK, but authorities fear that the increase in online radicalisation during lockdown means many more people are willing to consider using acts of violence.