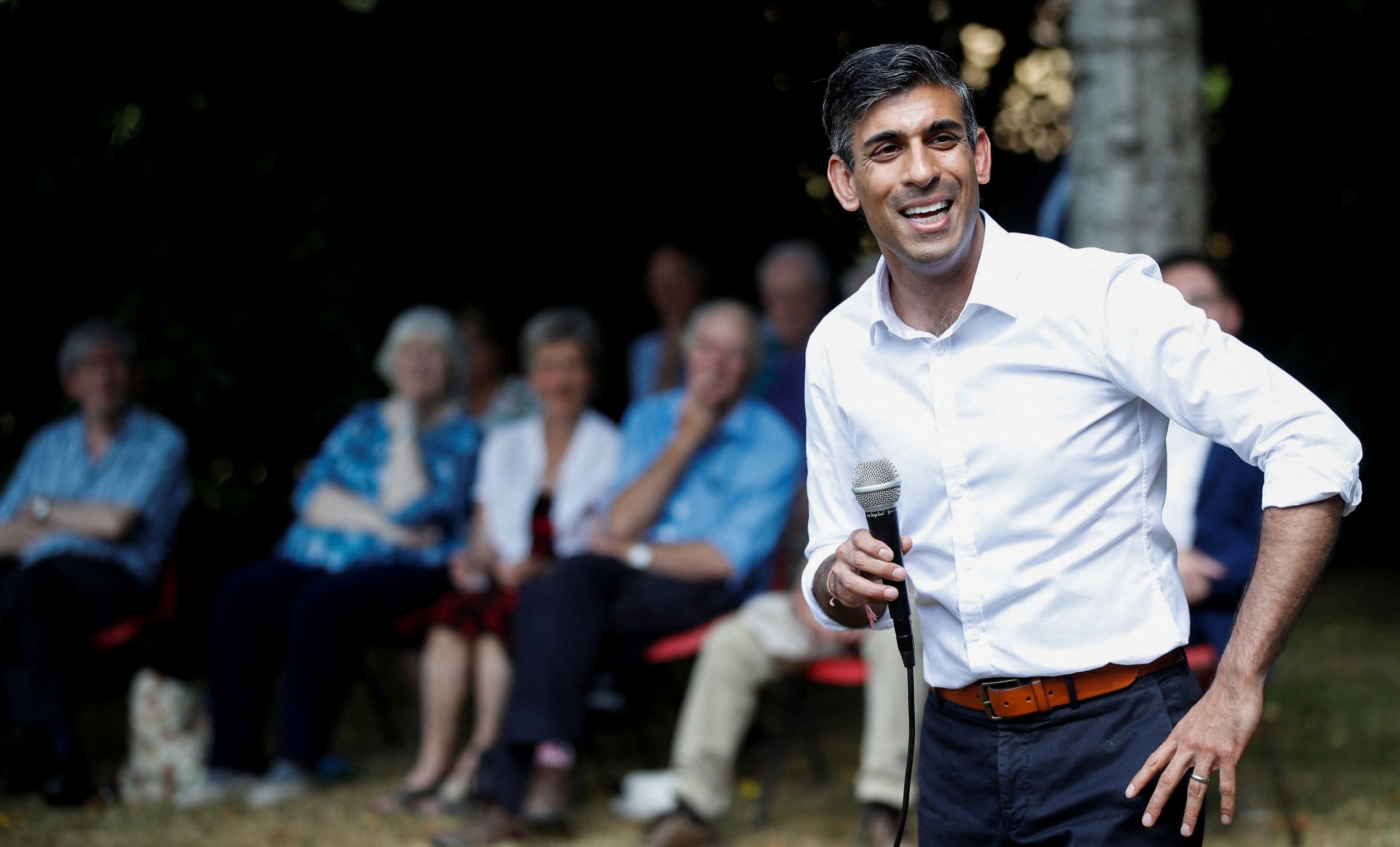 Rishi Sunak has been branded a reverse Robin Hood after boasting to Tory members how he’d diverted funding from ‘deprived urban areas’.

The former chancellor was trying to win over activists in the party’s ultra-safe seat of Tunbridge Wells, Kent, last week.

In footage which emerged on Friday he was heard telling them: ‘I managed to start changing the funding formulas, to make sure areas like this are getting the funding they deserved.

‘Because we inherited a bunch of formulas from Labour that shoved all the funding into deprived urban areas and that needed to be undone.

‘I started the work of undoing that.’

Labour’s Lisa Nandy, the shadow levelling up secretary, said: ‘This is scandalous.

‘Rishi Sunak is openly boasting that he fixed the rules to funnel taxpayers’ money to rich Tory shires.

‘This is our money. It should be spent fairly and where it’s most needed – not used as a bribe to Tory members. Talk about showing your true colours.’

EXCLUSIVE: In a leaked video, Rishi Sunak boasted to Conservative Party members that he was prepared to take public money out of âdeprived urban areasâ to help wealthy [email protected] reports: https://t.co/uZMpjKm6rG pic.twitter.com/07sSzDksMT

The comments divided Tories, with Mr Sunak’s backers arguing it aligned with ‘levelling up’ efforts to invest in regions ‘that have been ignored at the expense of urban cities’.

Foreign Office minister Zac Goldsmith, who is thought to be worth £300 million, said: ‘This is one of the weirdest – and dumbest – things I’ve ever heard from a politician.’

Prominent backers of ‘levelling up’ also took aim at the leadership hopeful.

Tory MP Jake Berry, who is chairman of the Northern Research Group of MPs, tweeted: ‘In public @RishiSunak claims he wants to level up the North, but here, he boasts about trying to funnel vital investment away from deprived areas?

‘He says one thing and does another – from putting up taxes to trying to block funding for our armed forces and now levelling up.’