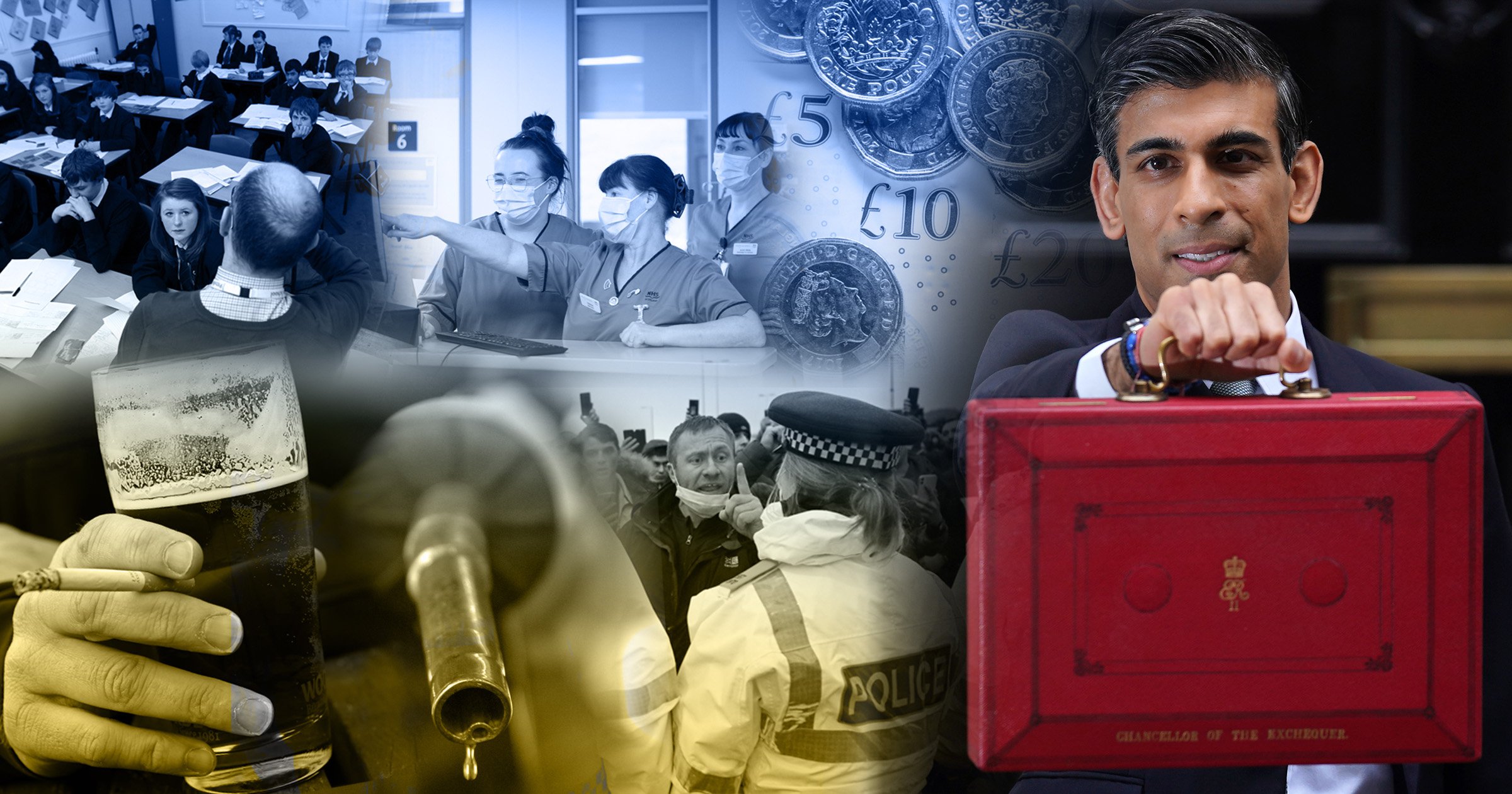 Rishi Sunak has announced the largest increase in public spending in a century in a budget that has promised ‘the start of a new post-Covid economy’.

The Chancellor has announced £150bn of new spending on rising wages, cash for the NHS and investment into regional transport projects.

He said: ‘That’s the largest increase this century, with spending growing by 3.8% a year in real terms.

‘As a result of this Spending Review, and contrary to speculation, there will be a real terms rise in overall spending for every single department.’

The plans have been bolstered by forecasts of faster economic growth than predicted, thanks to a sharp rebound from last winter’s lockdown.

Mr Sunak said the economy is predicted to grow by about 6.5% this year – nearly twice as much as the 4% predicted by the Office for Budget Responsibility in its March forecast.

He said the economy was expected to return to its pre-Covid level by the end of the year, which is much earlier than previously thought.

However he said inflation was 3.1% in September and ‘is likely to rise further’ – possibly to an average of 4% by next year.

This is partly due to the surge in demand for energy and supply chain issues.

‘It would be irresponsible for anyone to pretend that we can solve this overnight,’ Mr Sunak said.

What will be contained in the Budget has been heavily briefed in recent days, much to the annoyance of Commons Speaker Sir Lindsay Hoyle, who suggested ministers should resign for dishing out details to the media before MPs have heard the speech.

The Treasury has released a raft of announcements in past week, including in areas such as health, wages, transport, housing and education.

But Mr Sunak is under pressure to help people with the rising cost of living.

Policies already unveiled from the chancellor’s Budget include:

The Government has already confirmed that Mr Sunak will announce a rise of the so-called ‘national living wage’ to £9.50 from April – an increase of 59p per hour for those aged 23 and over. It has also announced the end of the year-long pay freeze he imposed on public sector workers.

However, ministers have so far refused to say whether the increase for state employees such as teachers, nurses and police officers will be a real-terms rise by being higher than inflation, with the consumer price inflation rate currently standing at 3.1%.

Any rising wages will also come against a backdrop of household income pressures caused by a cost of living crunch and recent Government decisions.

National Insurance Contributions for workers is being increased by 1.25% from April to help pay for the NHS and social care, while Mr Sunak ended the £20-a-week Universal Credit coronavirus uplift earlier this month.

The Chancellor promised to help families meet the rising cost of living.

The Chancellor said: ‘Employment is up. Investment is growing. Public services are improving. The public finances are stabilising. And wages are rising.

‘Today’s Budget delivers a stronger economy for the British people: stronger growth, with the UK recovering faster than our major competitors.

‘Stronger public finances, with our debt under control. Stronger employment, with fewer people out of work and more people in work. Growth up, jobs up, and debt down: Let there be no doubt – our plan is working.’

Mr Sunak also committed to reverse the controversial cut in the aid budget, which was return to its legally-mandated target of 0.7% of national income in 2024/25.

Mr Sunak could also raise revenues to address national debt, but the Treasury is understood to have all but confirmed to MPs that he will not do this by raising fuel duty.

However, reports have suggested that VAT on household energy bills will not be cut to help families struggling with soaring prices.

The shadow chancellor, Rachel Reeves, urged Mr Sunak to use the Budget to ‘create a more resilient economy and take the pressure off working people’.

The tiny German town and the neo-Nazis