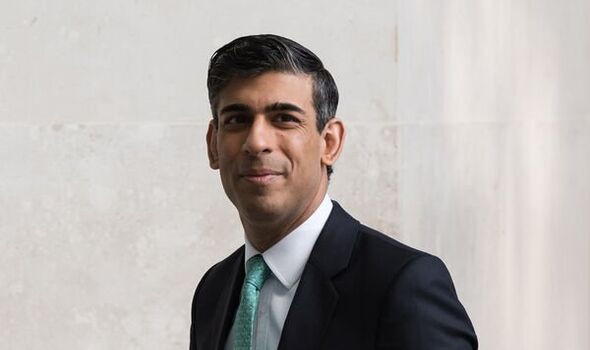 His pledge that he “stands ready to take further action” comes as expectations mount that measures are on the way to support families as they wrestle with soaring inflation and an unprecedented increase in energy bills.

Exclusive polling by Techne shows that 83 percent of people want Boris Johnson to appoint a dedicated cost of living minister – with just 10 percent opposed. Ninety percent of those aged over 64 want to see such a minister in place.

In the latest step to combat mounting costs, the Government has announced that prescription charges will be frozen for the first time in 12 months.

Pressure is building in the Conservative party for bold measures to address the crisis.

Mr Sunak told the Sunday Express: “The global challenges we’re facing are constantly changing, and I’ve always said that I stand ready to take further action as we get more information on pressures we are likely to face later this year. Be reassured, I’m alive to the problems people are facing and I’m looking to do everything in my power to help where I can.”

Caroline Abrahams of Age UK said the prospect of further price rises is now “terrifying” for older people “because there are simply no more cuts they can make”. She warned of the danger of “deep hardship like nothing we’ve seen in this country for many years”.

She said: “That’s why we’re calling for the Government to urgently increase benefits and the state pension in line with inflation to help all those on a low income – irrespective of age – who will otherwise be in deep trouble as prices continue to rise.”

The Chancellor is understood to have organised a series of “round tables” with Conservative backbenchers. In the past, he has held similar meetings in advance of major financial statements. One MP said Downing Street is particularly “receptive” to the views of Tory MPs at the moment.

He said: “I am encouraged but not surprised by these findings. All across the country, people are aware of just how difficult things are becoming for many families.”

“They know there is no magic wand here but they do want to see real leadership and determination from the government. A minister focused solely on delivering a cost of living plan would help provide that focus.”

Robert Halfon, who chairs the education select committee, said he “passionately supports” the appointment of a cost of living minister. He said he wanted the minister to “have a giant pair of scissors” so he or she could go across government departments and “slash the cost of living”.

Mr Halfon also wants a new body launched which would assess the impact of every domestic policy on living costs and devise new ways to help the public.

Mike Wood, Conservative MP for Dudley South, said: “Appointing a minister to lead on this vital challenge would send a strong message that helping to find sustainable and effective solutions is this Government’s top priority.”

Conservative MP Andrew Bridgen said a dedicated cost of living minister could play a useful role in addressing the challenges facing the country but said “it would have to be a big hitter” who had the ear of the Treasury.

The North West Leicestershire MP wants to see to action to address the crisis before Parliament breaks up in July.

“There have got to be measures before the summer recess,” he said.

He wants less money paid in fuel duty, a potential cut to VAT, and the suspension of green levies on gas and electricity bills.

The push comes as charities sound the alarm bell about the dire situation facing households.

Lynn Perry, chief executive of children’s charity Barnardo’s warned: “The cost-of-living crisis is getting worse every day. Families who previously had to choose between heating or eating are increasingly unable to afford either, and almost two-thirds of our frontline staff have reported giving children and young people food in the last year for fear that they will go hungry otherwise.”

Dennis Reed, director of Silver Voices, which champions the needs of senior citizens, warned: “More older people are being pushed into poverty because of the cost of living crisis which campaigners say is levelling down rather than levelling up the country.”

He said they are also concerned that the Government will be forced to cut public services on which they depend.

Karl Williams of the influential Centre for Policy Studies think tank called for all Government bodies to “produce a list of charges they currently impose on citizens and ask whether they are really necessary” and supports measures to bring down the cost of childcare.

He added that “planning reform and increased domestic energy production” would go “a long way in building British resilience to future global events, protecting households up and down the country and increasing prosperity for all.”

The Government has stirred controversy by setting the goal of cutting up to 91,000 civil service jobs in a bid to save money.

The Public and Commercial Services union (PCS) has warned of strikes and will this week meet Government officials to say that delays in issuing passports and driving licences will get worse if staff numbers are cut.

Professor Len Shackleton of the Institute of Economic Affairs cautioned: “Culling civil servants is necessary but it should only be the start of the Government’s attempts to reduce public spending and allow us to reduce taxes. Savings of £3.5billion are a drop in the ocean – the Government spent more than £1trillion last year.”

Former Cabinet Office minister Damian Green stressed the need for reform to public services, saying: “I am all in favour of a leaner civil service but it needs to be more efficient as well.

Cutting numbers where we can needs to mixed with sorting out failures like the passport office and the DVLA.”

He said: “We already have a ‘Minister for the Cost of Living’ – he’s called the Chancellor of the Exchequer. Fortunately, he is also capable of cutting taxes, for instance on domestic energy bills, which many Tory backbenchers would now like to see and the sooner the better.”

A Tory backbencher expects an “emergency Budget in all but name” is on the way and warned the Government was in danger of looking contradictory, saying: “If we’re thinking of putting taxes down now, why did we put them up [in the spring statement] when many in the party didn’t want to?”

Labour claims that by 2024, a “typical worker on an average salary will still see the combined rate of National Insurance and income tax they pay rise to 32.25 percent”.

A debate on Tuesday on tackling cost of living increases will be closely watched for signals that help is on the way.

Former minister Sir John Hayes suggested that VAT could be cut on different items of household expenditure and argued the reintroduction of the 10p tax rate would be a “very effective way of helping people in low-paid jobs”. He also thinks the “Googles and the Amazons of this world should be contributing more”.

Mike Brewer of the Resolution Foundation warned that “bold” support is needed with “average incomes on course to fall by around £1,200 this year”.

Pressing for support for “low-and-middle income families who are at the sharp end of rising cost pressures,” he said: “The most effective way to do this is to bring forward the big increase in benefits like Universal Credit and the state pension that is due next spring to this autumn, or even sooner if possible.”

“This would deliver significant cash support to millions of hard-hit households, and would hold back rising poverty levels without carrying any long-term cost to the Treasury.”

Rachel Reeves, Labour’s Shadow Chancellor, said: “The Conservatives need to get their heads out of the sand, stop taking to themselves and act now on the cost of living crisis.

[Anything] less than coming forward urgently with an emergency Budget – including a one-off windfall tax on oil and gas producer profits – to help ease the pressure from the cost of living crisis is a failure by this Conservative government.”

A Government spokeswoman said: “We understand that people are struggling with rising prices, and while we can’t shield everyone from the global challenges we face, we’re supporting British families to navigate the months ahead with a £22 billion package of support this financial year.”

“The PM has asked ministers across the entirety of government to focus on doing everything possible to help out as a matter of priority, including increasing take up of support available.”

Meeting people across the country to listen to their concerns and understand the challenges they are facing is a vital part of my job.

Just this week, I’ve been out and about in Ipswich, Stoke-on-Trent, South London and Darlington talking to workers and small business owners from all walks of life.

I’m hearing the same thing from lots of people – times are tough and household budgets are being stretched by rising prices.

I want to be honest with Sunday Express readers. These are challenges governments around the world are grappling with and I can’t make it all go away.

But we are doing a lot to help people keep more of their hard-earned money. Millions of families will receive £350 each this year to help with their energy bills, the average worker will save £330 because we’re increasing National Insurance thresholds in just a few weeks’ time, and we’ve made changes to Universal Credit which will save over a million families around £1,000 a year.

And for those hardest hit, we’ve doubled the size of the Household Support Fund to £1 billion – people can apply to their Council for funds to help them pay for essentials.

The global challenges we’re facing are constantly changing, and I’ve always said that I stand ready to take further action as we get more information on pressures we are likely to face later this year.

Be reassured, I’m alive to the problems people are facing and I’m looking to do everything in my power to help where I can.

M25 traffic: How long will M25 be CLOSED? When will M25 reopen tonight after MAJOR crash?

Royal rebel: Mike Tindall reveals the member of his family who isn’t afraid to speak up