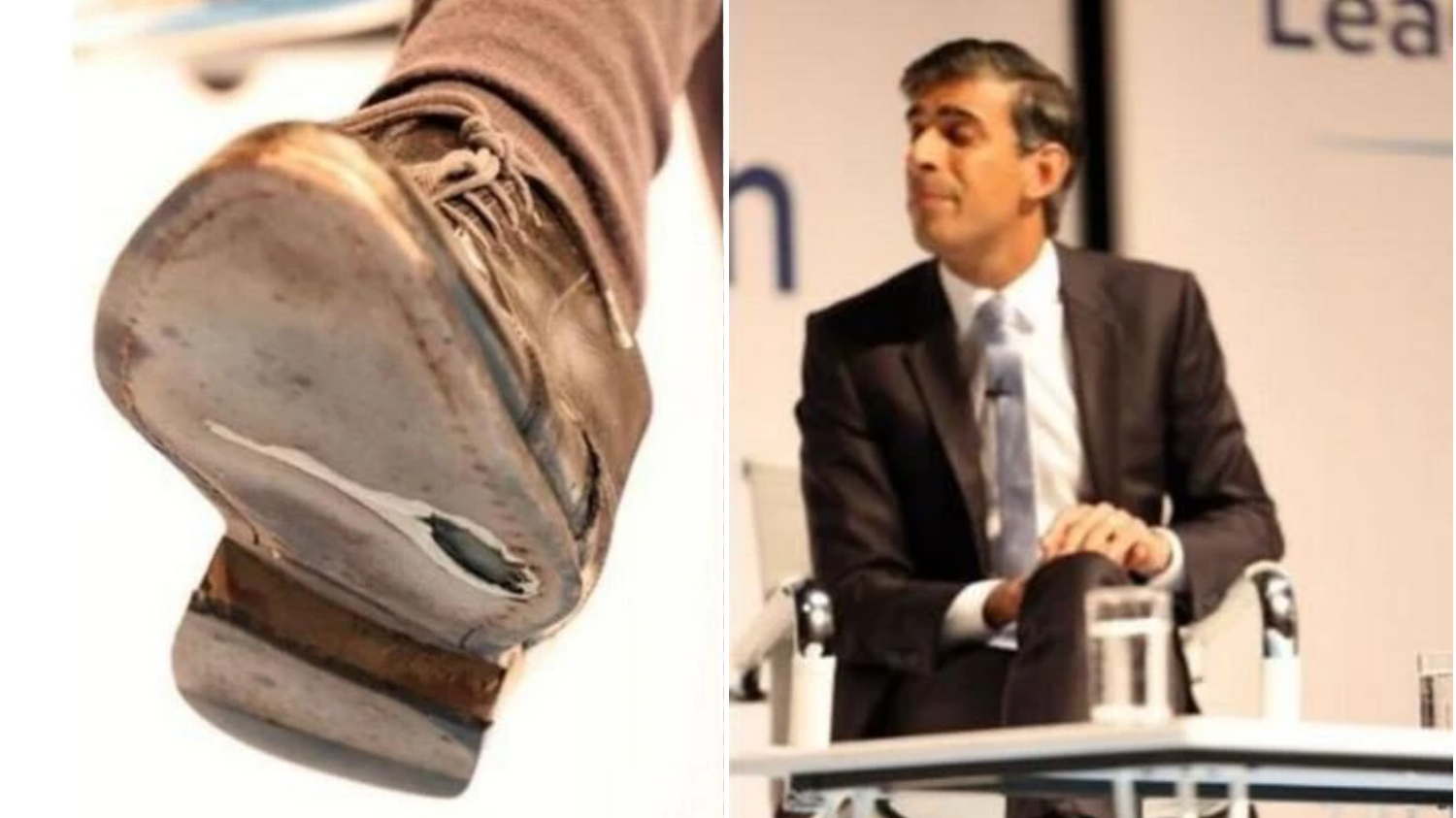 Multi-millionaire Rishi Sunak may be trying to rebrand himself as a man of the people if the state of his shoes are anything to go by.

Eagle-eyed viewers were quick to put the boot in the former Chancellor following his appearance at a Tory leadership hustings in Darlington.

His usually immaculate attire – which has won him criticism for being ‘too slick’ – was left wanting by a considerable hole and rip in his shoes.

Thought to be the wealthiest MP in the House of Commons, Mr Sunak has been called ‘out of touch’ and singled out by his own colleagues for allegedly wearing Prada shoes and a £3,500 suit.

People in the County Durham constituency, which the Conservatives gained from Labour for the first time in 32 years in 2019, speculated it may have been a ‘planned’ move by Team Rishi.

Whether part of his leadership campaign or not, it did not go unnoticed on social media.

‘Look, he is just a run of the mill, hard-working man like the rest of us,’ one man sarcastically wrote.

Another said: ‘Because this wasn’t planned to make it look like he is struggling with the rest of us.

‘The man is a multi millionaire and people think he will have holes in his shoes.’

Whoever becomes the next prime minister will enter power at the height of a cost-of-living crisis.

As a child, Mr Sunak attended a prestigious private school, later going on to study at the University of Oxford.

Before entering politics in 2015, he worked as an investment banker in Goldman Sachs.

He even made the Sunday Time’s Rich List, alongside his wife, which ranked the couple 222nd in the top 250 wealthiest people in the UK.

Debates over Mr Sunak’s appearance come just weeks after an old clip of him resurfaced where he admits not having any working class friends.

‘Well, not working class,’ 21-year-old Rishi added after a short period of reflection.

The debate in Darlington was the fifth out of 12 taking place before Tory members vote for Boris Johnson’s successor in September.