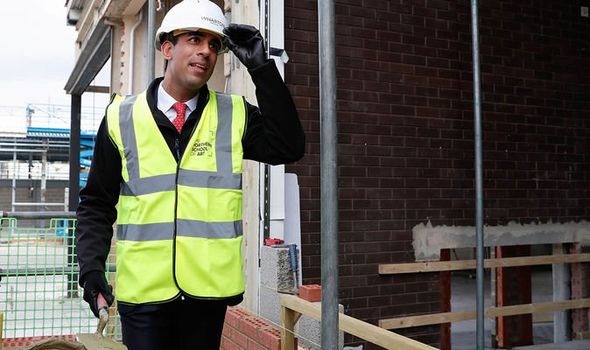 And he predicted a “green jobs bonanza” in the UK’s former industrial heartlands thanks to billions of pounds of Government investment in wind power, carbon capture technology and other clean energy sources. Mr Sunak spoke to the Daily Express during a visit to Humberside to see for himself how jobs and apprenticeships are expanding in green technology thanks to billions of pounds of investment from the Treasury.

Touring a Siemens Gamesa factory in Hull, the Chancellor inspected 82ft-long wind turbine blades bound for the sprawling Hornsea wind farm out in the North Sea.

He said: “I’m very confident about our future because I can see that post-Brexit Britain is filled with opportunities and we are capitalising on it.

“This Government gets things done. We got Brexit done and now we’re getting on with levelling up across the country.

“We’re spreading opportunity to places like this, Humberside, with thousands of new jobs created in a new industry as part of a green industrial revolution.

“That’s the kind of hope and opportunity that I want people to feel wherever they are in the UK.

“I’m confident that we’re delivering on that already but there’s lots more to come and people can look forward to a brighter future.”

The Chancellor spoke during a break in his tour of the factory, that employs more than 1,000 people. His visit was arranged to highlight how the Government is preparing to host November’s United Nations COP26 climate change summit for world leaders.

He also looked ahead to Monday’s reopening of indoor hospitality spots and other businesses in the latest stage of the easing of lockdown measures.

The Chancellor said his package of more than £200billion in Treasury support means businesses are ready to open up.

He said: “We took a conscious decision a year ago when we put our plan in place to protect people’s jobs, to protect businesses and incomes.

“It means when we get to this point where we can reopen that the businesses are actually there to reopen.

“Because of the furlough scheme people are still attached to jobs and can come back to work.

“And because we have protected people’s incomes we’ve seen an enormous amount of savings built up in the economy.

“So hopefully people can get back to doing the things they love soon with their friends, carefully and sensibly going out and about.

“As they do that, that will be good for our economic recovery.”

There was also evidence the winter lockdown caused less of a slow down than forecast by the watchdog Office for Budget Responsibility.

He added: “I’m feeling cautiously optimistic. The numbers we had this week showed that the economy is getting on track and crucially it shows our plan for jobs is working. 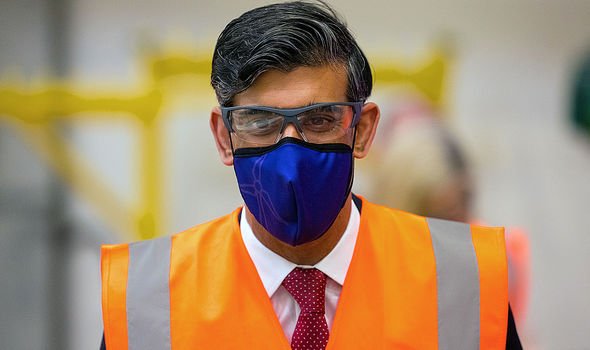 “I take heart from that because a year ago I put a plan in place to protect people’s jobs and incomes and protect businesses so that when we got to this point, when we are able to open up, we can recover strongly.

“Our plan is working. We’ve protected incomes, we’ve allowed them to build up savings. As we reopen, they will be able to spend to help drive the recovery.

“Businesses have built up savings and we haven’t seen huge numbers of businesses failing as some people feared.

“And we’ve created the super deduction, a huge tax cut to get businesses investing.

“This is an example of a business here that is going to be able to take advantage of that next year to expand its plant. So our plan is working and obviously I’m optimistic about the future.”

Mr Sunak promised that the Government’s “green industrial revolution” can build the economy of the future.

He said: “I’m looking forward to a green jobs bonanza.” He pointed to the investment in clean energy projects in the North-east and the plans for a “freeport” enterprise zone on Humberside.

He added: “Wind turbines are out in the sea, but they have to get made somewhere and there getting made right here in Humberside, or in Teesside. 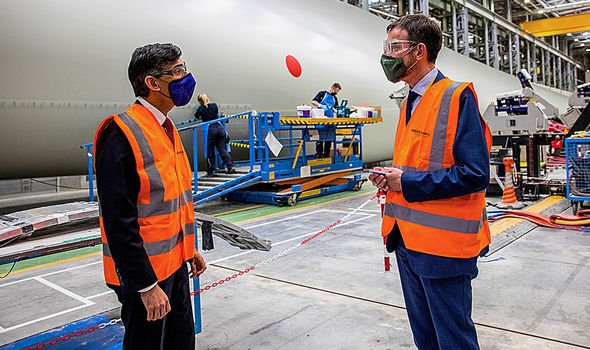 “These new industries, whether it’s offshore wind or carbon capture and storage or hydrogen, all of them are industries that work really well here and all the way up the North-east.

“That’s fantastic. There is a strong manufacturing heritage in these areas – they’ve got the expertise, they’ve got a skilled labour force all trained locally.

“It shows what’s possible. We’ve got the talent and drive in our workforce here in Britain and we’ve got areas like Teesside and Humberside which are perfectly placed to build these things, export them or do carbon capture and storage.

“We’ve got to seize the initiative now and that’s what the Government is doing – it’s backing these industries with investment, freeport status, more money for research and development, and that is what is going to help create the jobs.” Mr Sunak predicted that the green technology investment will transform the UK’s former industrial heartlands.

He said: “If you think, these were some of our manufacturing heartlands in the past and now they’re looking forward to a greener future.

“Some industries we used to have, such as steelmaking and others, now those same areas are seeing massive growth in carbon capture and hydrogen or offshore wind.

“It is perfectly possible to re-invent yourself as a region moving forward, see where the jobs of the future are, make sure you are ready to take advantage of that with support from the Government, doing the right thing and investing in the right places.

“We’re already seeing the benefits of it but we will see more of it over the next few years.”

Responding to the Daily Express’s Green Britain crusade, he promised that the Government will back households and businesses that switch to low or zero carbon emission technology, such as electric cars.

The Chancellor declined to ­comment on the Daily Express call for zero VAT on goods and services that produce zero carbon emissions.

But he insisted the Government was determined to use incentives to encourage people to switch to cleaner technology such as electric vehicles.

Mr Sunak said: “I have to give the same answer to any tax-related question, so don’t take it personally. But you are right to ask what are we doing to support people making the transition.

“Over time, we are going to transition to using electric vehicles, so what’s the Government doing? It’s investing in the industry to help them create new factories to build cheaper vehicles.

“We’re also helping people with the transition with the car grants of up to £2,500 when people buy electric vehicles, and we’re funding the rollout of the charging network.”

Mr Sunak added: “We are an amazing, scientific, innovative country that has created so many different things.

“That is what we’re doing again. And all the scientists and engineers are figuring how to make these things cheaper.

“That is what innovation and ­science can do and you’re seeing it here, which is great. So I’m very optimistic.”

Paramedics fears for patients as NHS struggles with winter demand

The Queen’s surprise admission about royal fans revealed: ‘I don’t have time!’