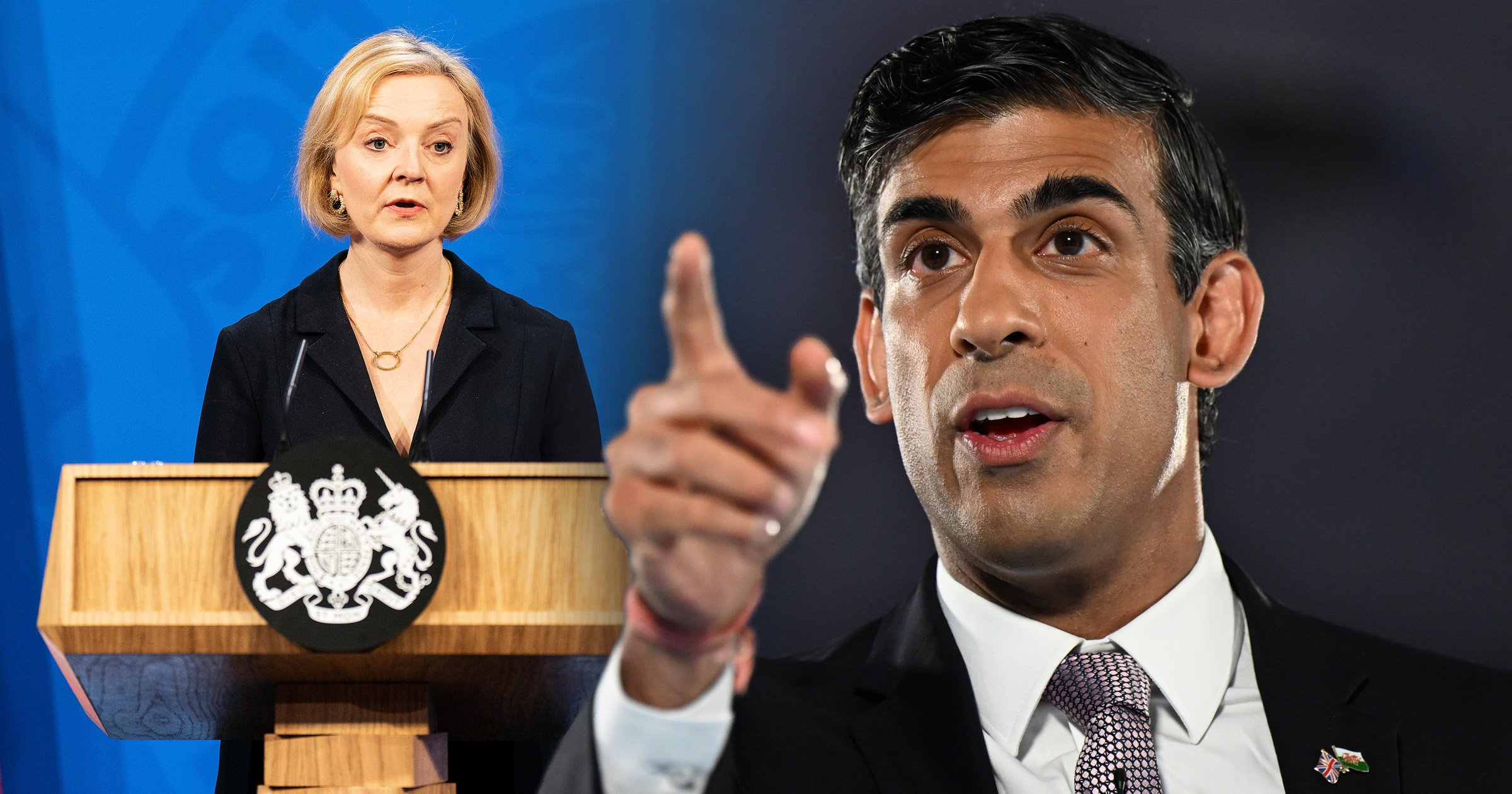 Rishi Sunak’s allies are trying to get Conservative party officials to ‘send in the men in grey suits’ for the underfire prime minister and oust her from her job, according to a new report.

Tory rebels are said to be working on a coordinated effort to remove Liz Truss, with the former chancellor waiting in the wings to take over alongside colleague Penny ­Mordaunt who also lost the leadership contest.

‘We want Graham to grey suit her,’ The Sun on Sunday cited one of the plotters as saying.

It has been reported Tory rebels could push Sir Graham to change the rules and allow them to remove the PM from office, although it is unknown whether they have the numbers.

She is theoretically safe from a leadership vote for another year under the current rules.

Truss’s economic vision appeared doomed on Sunday as she sought to stay in power despite an increasingly shaky-looking premiership.

She has continued to defy calls for her resignation and gave an eight-minute press conference on Friday, in which she took just four questions.

New Chancellor Jeremy Hunt, brought in to replace the sacked Kwasi Kwarteng and to restore credibility to Downing Street, spent Saturday effectively trashing the mini-budget and the set of policies that brought Truss to power.

So far, his appointment has failed to dampen speculation of an imminent coup against the PM.

Sir Geoffrey Clifton-Brown told LBC on Saturday that for Truss, it all hinges on how the markets receive the fiscal plan at the end of the month.

While he said he believes Hunt could steady the ship, he warned that if ‘it doesn’t manage to satisfy the markets and satisfy everybody else and the economy is still in chaos, then I think we would be in a very difficult situation’.

The Times reported a source close to Kwarteng as saying he believed Truss was doomed as prime minister and had bought herself just ‘a few more weeks’ by sacking him and reversing key parts of his budget.

‘Kwasi thinks it only buys her a few more weeks,’ the reportedly said.

‘His view is that the wagons are still going to circle.’