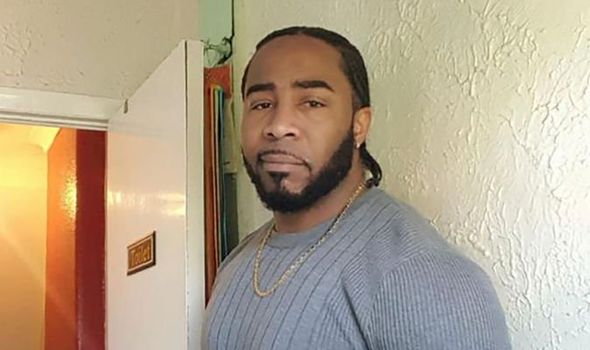 Roystan Nicholas, 42, was Tasered after he shouted at and attacked cops near the scene of a fatal car accident. The Iraq War veteran turned business owner had become angry after getting stuck in the resultant traffic in Hull city centre.

In four years as a police officer, this is the first time I have feared for my safety

A court heard the dad of four wound down his car window to yell “You guys are f****** useless, you can’t even deal with a f****** accident” at the officers.

The officers then turned on the blue lights of their police van and asked Nicholas for his licence and registration. He refused, swearing at them again, Hull Live reports.

Hull Crown Court heard he eventually went to punch one officer but missed, before hitting another in the nose, causing him to fall to the ground.

Nicholas struck the officer a couple more times in the head as he was on the floor.

Mitigating for Nicholas, Dale Brook said the offence had arisen out of his “frustration” at the traffic and that it was exacerbated by the ongoing uncertainty over his business at the height of the pandemic, but added that this was “no excuse” for his actions.

“The actual assault happened in seconds and was short-lived,” Mr Brook said.

“But he regrets his actions and is remorseful for what happened, and he said he apologised to the officer later.”

Mr Brook argued Mr Recorder Menary should not impose an immediate custodial sentence for Nicholas, who he described as a “hard-working and industrious family man”.

He said Nicholas looks after his youngest two children, aged four and seven, and pays maintenance and has regular contact with his two elder children, aged 14 and 16. He also has caring responsibilities for his partner, who suffers with a condition that causes blackouts, the court heard.

Mr Brook said Nicholas feared an immediate prison sentence would mean the loss of his business, the main source of income for his family.

Sentencing him, Recorder Menary told Nicholas that traffic in Hull was “a fact of life”.

But the judge suspended his 12-month jail term for 18 months, and ordered him to carry out 250 hours of unpaid work and to pay the officers £500 each in compensation.

The judge said: “Those of us that commute in Hull find that we are stuck in traffic from time to time, and if everyone behaved as you did on that day these courts would be overrun for a truly disproportionate response to a minor irritation.

“Sometimes when there is an accident police have to mop up and carry out investigations and deal with victims’ families and the fact that people are inconvenienced by that is just bad luck.

“Your conduct, in my judgement, was disgraceful and childish.”

Bodycam footage worn by the officers on December 11 last year and played in court showed Nicholas roughly open his door into one of the officers.

He resisted as police attempted to handcuff him. 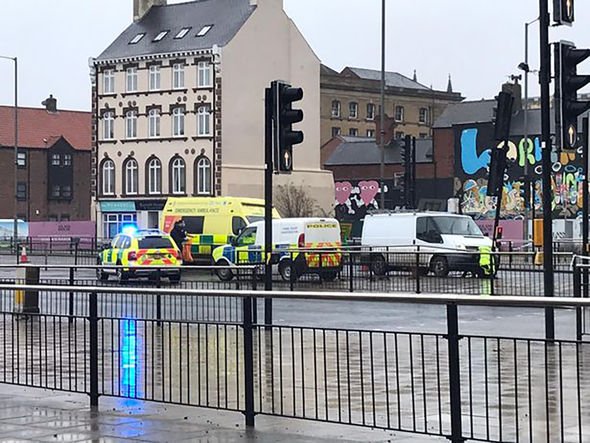 The second officer, who had been swung at by Nicholas, feared for his safety and that of his colleagues and so had decided to Taser the defendant, the court heard.

The officer said he had only had to deploy the device once before since being registered to use it two years earlier, despite having been faced with numerous other violent incidents in that time.

The other officer was left with a bloody nose, sore jaw and swelling to his head, which required a hospital checkup after he began feeling light-headed.

In his statement, he told the court the violence of the attack had been “petrifying”.

“In four years as a police officer, this is the first time I have feared for my safety,” he said.

“During the assault I feared I would be subjected to serious harm, all for doing my job.”

In police interview, Nicholas had claimed he had been targeted by the officers because he was a black man – but the court heard there was “no evidence” for this and that the defendant had later apologised to the officers for the attack.

The judge acknowledged that Nicholas had rarely been in trouble with the police.

He said self-employed people would likely empathise with his worries over being stuck in traffic for hours.

He suspended the 12-month sentence imposed on Nicholas for 18 months and ordered him to carry out 250 hours of unpaid work and to pay the officers £500 each in compensation.