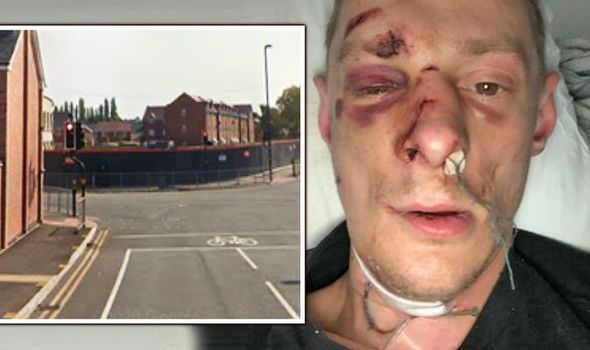 Genadij Moroz, 35, was attempting to turn left at a set of traffic lights on Thursday (March 18) when another car almost ploughed into his in a dangerous overtaking manoeuver, reports Birmingham Live.

He said his 45-year-old wife, who doesn’t want to be named, asked them ‘Guys, what are you doing? We could have kids in the back’ which he said prompted an unprovoked knuckleduster attack.

Four men from a Citroen got out of their car, dragged his wife out and hit her in the head while Mr Moroz suffered a broken jaw and nose and lost his bottom teeth.

“It was crazy. They cut me up twice on the same road. I was trying to turn left and they were like five cars behind me as they tried to overtake,” said Mr Moroz, who is a machine operator.

“My wife asked them, ‘guys what you doing? We could have kids in the back.’ One guy then popped out of their car and opened our door and dragged my wife out.

“I got out and I was hit in the head straight away by a different guy. They all got out of the car and another guy grabbed me from the neck, while another guy jumped me and smashed my face with a knuckleduster.

“It’s not right. People should know and I want these guys caught. I want to protect other people.

“It’s like they were ready to go. It was just horrible.”

It’s just madness. They had the look of the devil in their eyes. It escalated very quickly. It was like they were ready to fight

The horror happened in Tyseley, Birmingham, at a busy junction and police believe there will have been witnesses.

But Mr Moroz, who moved to Birmingham from Leicester eight months ago with his wife and their three kids, said the trauma of his injuries could be long-lasting.

The victim, of Hall Green, Birmingham, added: “My face is quite bad. They caught a nerve on my face and I can’t talk very well. Half of my face is numb and I probably will have that for the rest of my life,” he said.

“My wife can’t sleep. We’re both fearful. Four or five people doing this – they are just animals and so aggressive.

“It’s just madness. They had the look of the devil in their eyes. It escalated very quickly. It was like they were ready to fight.” 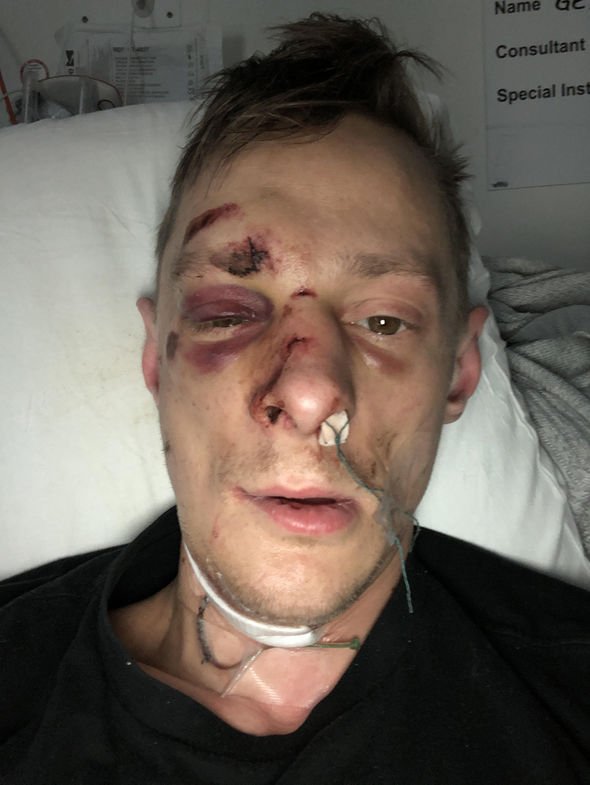 A West Midlands Police spokeswoman said: “We are investigating reports of an assault following a road rage incident on Battery Way, Tyseley at 5.40pm, on 18 March.

“We believe an argument took place between the occupants of two cars, when four men from a Citroen got out the car and assaulted the driver of another car.

“The passenger attempted to intervene when she was also punched in the head. The driver, a man in his 30s, suffered bruising and cuts to his face.”

Investigations are ongoing and anyone with information can contact police via live chat on our website or by calling 101. Please quote crime reference number 20BE/77680X/21.

Royal news: When will Meghan and Harry return to the UK to meet the Queen?

Fears of domestic violence rise as millions confined over coronavirus