An 80-year-old man who was knocked unconscious in a road rage attack has voiced anger after the man who carried out the assault avoided being sentenced for a third time.

John Dugdale, 56, appeared at Croydon Crown Court where he was due to be sentenced for causing grievous bodily harm to great-grandfather Paul Eva in Penge, southeast London.

However, Dugdale arrived at the hearing without a lawyer and the case was adjourned until August, having already been postponed twice previously.

Judge Adam Hiddleston warned the defendant, who stood in the dock wearing a dark T-shirt, that he would not allow any further delay.

“It’s not fair to you and it’s certainly not fair to the victim in this case who has come to court expecting this matter to be resolved,” the judge told Dugdale.

“Everyone needs to get on and get this matter dealt with. 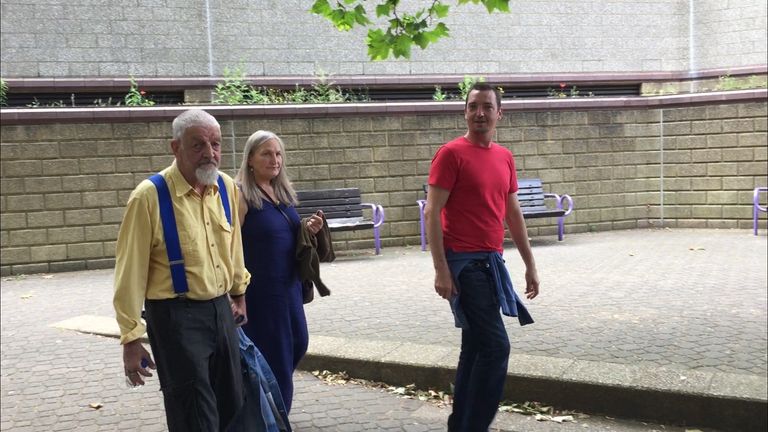 Mr Eva, who suffered a broken wrist, nose and cheekbone in the attack in April, attended the hearing with his wife and son.

Speaking outside court following the latest adjournment, he said: “I’m p***** off. 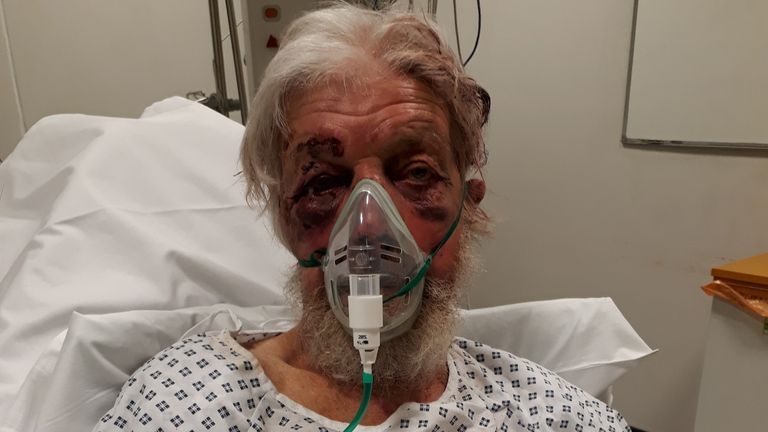 Mr Eva was crossing a road with his wife on her birthday when he was nearly struck by a car being driven by Dugdale, who got out of the vehicle, ran after the pensioner and pushed him into a brick wall.

The retired bricklayer was unconscious for around two minutes and was covered in blood when he was found by officers and paramedics.

Police branded the attack “nonsensical” and released CCTV footage of the incident in a bid to catch the driver, who later handed himself in and pleaded guilty to GBH. 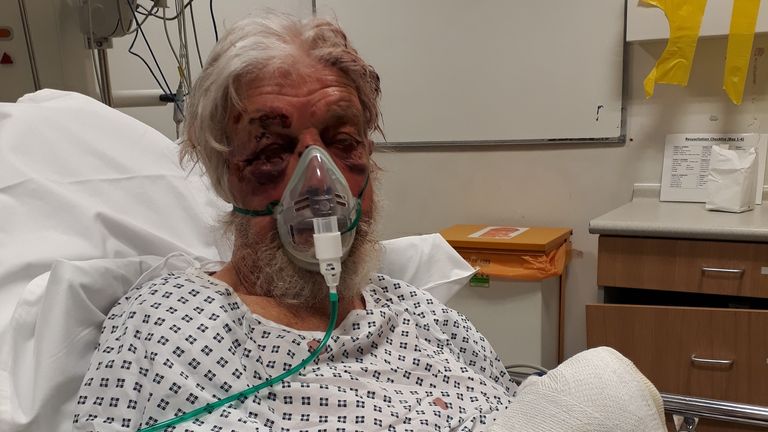 Speaking ahead of the postponed sentencing hearing last month, Mr Eva told Sky News he was still struggling with his injuries and branded Dugdale an “idiot”.

Asked whether he believed his attacker should be jailed, Mr Eva replied: “That’s not really up to me is it? To me, the guy is just a complete a*******. If he gets that message from me, that’s enough for me.

“If I bumped into him in the street, I wouldn’t recognise him. I’ve got no idea who he is.

“I just want to see who this guy is who thought he could behave in such a bloody manner.”

Dugdale, who was joined at court on Tuesday by several family members, covered his face with his hand as he left.

He is due to be sentenced on 6 August.

Protesters ‘defecated at the feet of police’ during Bristol riot