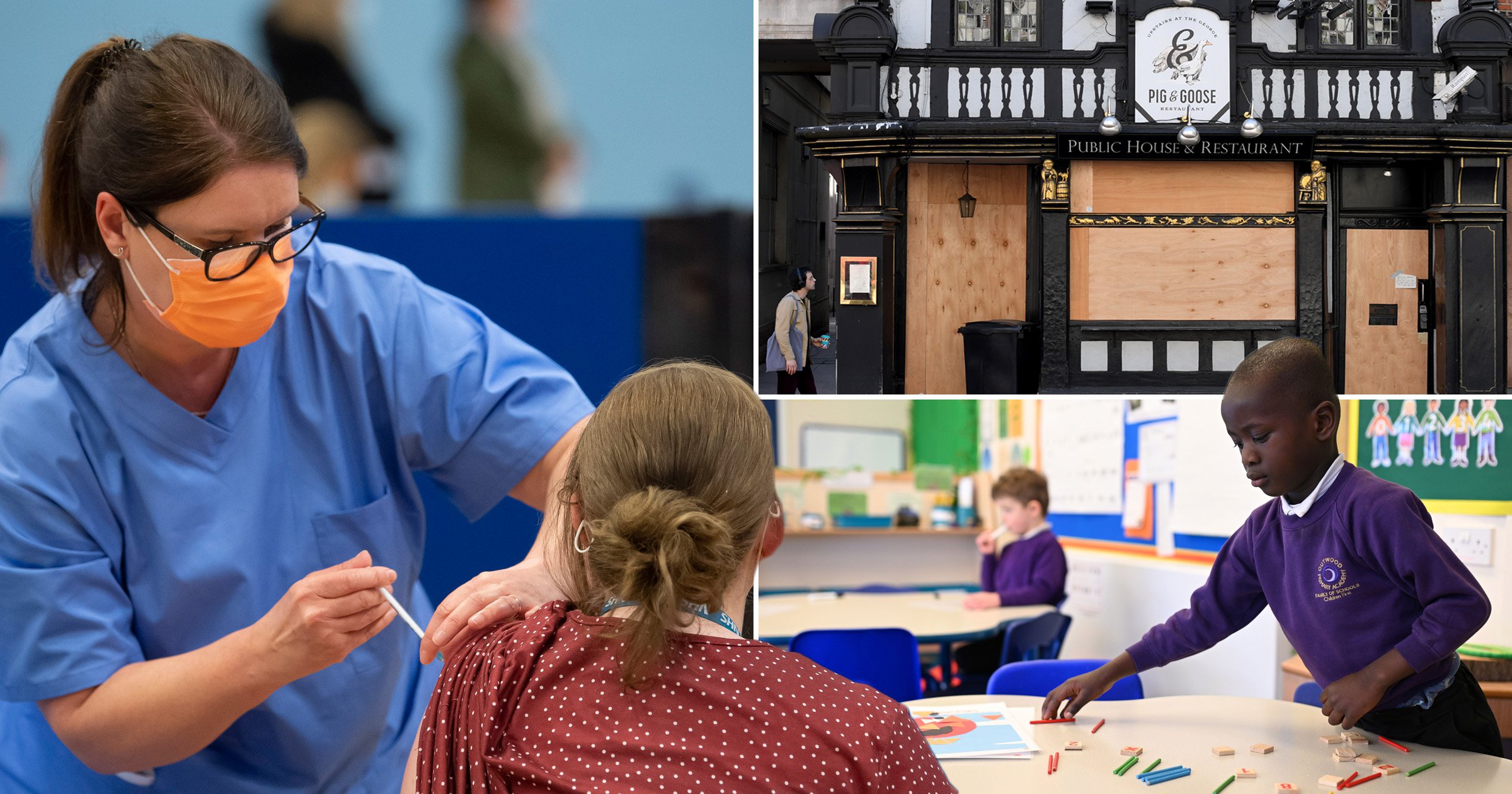 The date for unveiling a roadmap out of lockdown has been pushed back, in a move that could delay the reopening of schools.

Boris Johnson had previously promised to set out a plan for lifting restrictions on Monday February 22, but today his official spokesperson broadened the deadline by saying it would be published some time that week.

‘We’ve been clear we will publish the roadmap on the week of the 22nd,’ he said.

‘We will set out the roadmap that week but you’ve got what we’ve said previously about trying to give schools as much notice as possible and we’ve said we’ll give at least two weeks.’

If the plans are not published until the end of the week, on February 26, schools would not be able to reopen until at least March 12, which is on a Friday.

That is a week later than the previous target date of March 8.

It has previously been reported that some outdoor socialising could be allowed within weeks of pupils going back to the classroom and that pubs could reopen by May.

The PM’s spokesman did not reveal details of the plan but said it would be informed by data on deaths from Covid and hospital admissions.

‘We want to see infection rates continue to fall across the UK, not least so that will ease the pressure on the NHS and ultimately lead to fewer people sadly dying,’ he said.

‘We will look at the data in the round and we will use that to inform the roadmap.’

Mr Johnson confirmed he would be unveiling a plan to lift restrictions in a video posted on Twitter on February 5.

The PM said: ‘On February 22, I’m going to be setting out a roadmap as far as we’re able to, giving everybody some more clarity, insofar as we can, about how we hope to unlock

‘Beginning as you know I am sure with schools, we hope very much, from March 8.

‘But trying to set out the beginnings of a roadmap for the way forward for the whole country.’

The deadline change comes after the head of a leading health research charity warned it is ‘not sensible’ for the Government to draw up a roadmap out of lockdown before local transmission is under control.

Sir Jeremy Farrar, director of the Wellcome Trust, said it is his belief that the number of infections in the UK needs to be below 10,000 before measures can be eased.

He said the new coronavirus variants are a ‘massive warning’ about the risks of lifting restrictions before the vaccine programme has been fully rolled out and warned that stricter border controls will have little impact while community transmission is so high.

‘I appreciate that businesses have to plan and everything else,’ he told BBC Radio 4’s Today programme. ‘But the data has to drive us, and in 2020 we lifted restrictions too quickly when the date would not really have allowed that and, frankly, as a result the transmission went back up in this country.’

Trump enjoys pomp and pageantry on state visit to UK