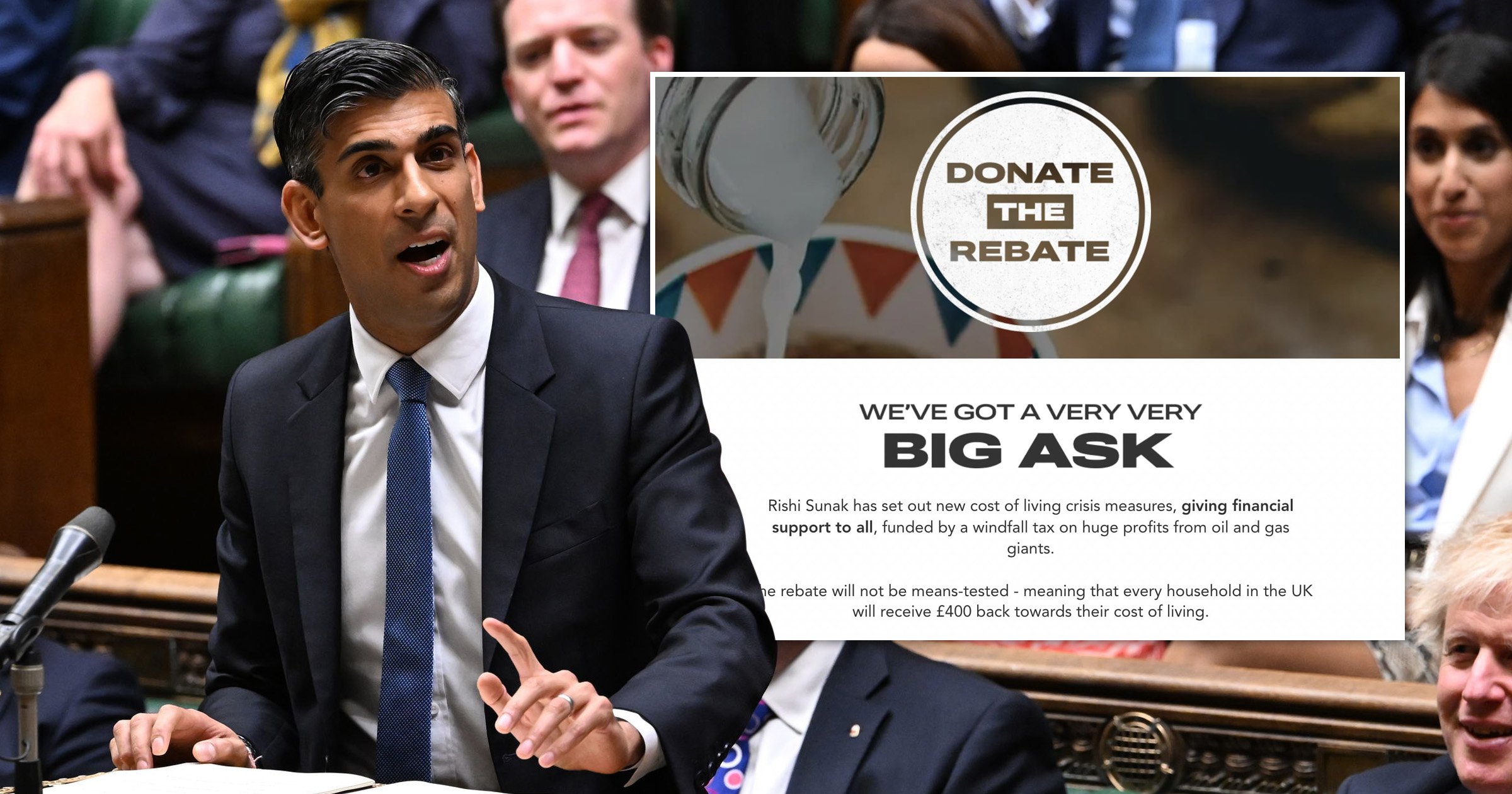 Millionaires have been urged to donate their automatic £400 energy bill rebate to Britain’s poorest.

After chancellor Rishi Sunak unveiled the grant for every household in England, Wales and Scotland, a Cornwall-based entrepreneur announced the ‘Robin Hood’ fund.

It asks those more fortunate to donate their money for distribution to hard-hit families facing ‘acute distress’.

‘For some, this rebate is a welcome income to help tackle the costs of living, which are going through the roof,’ Rob Love told NeedToKnow.

‘But for others, who are more financially secure, this is a nice bonus that they may not need.

‘To put it plainly, if you’re a millionaire or super rich – as the chancellor himself is – you don’t need this money.

‘I know it’s difficult for the government to roll this out on a means-tested basis in a short timeframe, which is where we’re hoping to step in.

‘I’m asking anyone who wants to donate their money and who doesn’t need it to please join the #DonateTheRebate campaign to help those who are in dire situations.

‘People shouldn’t have to choose between feeding their children or themselves, or whether or not to turn on the heating this winter.’

For months, charities have been warning the Conservative Party to tackle the cost of living crisis.

Believed to be the richest man in the House of Commons, Mr Sunak answered the nation’s concerns with the grant, which people would not have to pay back.

Many will see this as welcome news, especially after Ofgem announced the price cap is to balloon by £800 later this year.

But the revelation that the £400 rebate may not be distributed proportionately to those in need angered social media users.

One person said: ‘Giving people earning a fortune £400 off the electric bill is so very Tory and could be spent so much better giving it to people who aren’t so rich.’

A third person said: ‘Probably not possible to opt out but anyone who doesn’t need the £400 energy grant could donate it to a Good Cause of their choice.’

This is exactly what Mr Love’s plan is. Crowdfunder will be working with leading charities, who will then distribute the fund to people they support.

He said: ‘This is an incredibly tough situation and everything that can be done must be done to help people.

‘While we wait to hear what the government will do in autumn and winter to further help ease the strain of costs of living, I will be donating my £400 to someone else.’

Coronavirus: British Airways pilots facing the sack could join the RAF on secondment