Llandudno’s goats became famous during last year’s first lockdown, when videos of the inquisitive animals roaming the deserted North Wales town went viral. Residents in the seaside town of Llandudno often see the Kashmiri goats come down from the Great Orme in search of food.

But there are growing concerns as the goat population has been seen exploring further than ever before during Wales’ latest lockdown.

And the gang is expanding in numbers as the contraceptive injection usually given to manage their numbers was not administered due to Covid restrictions.

Officials are worried the goats may set up in new territory and as coronavirus restrictions start to ease some may be hit by cars.

People are being urged to keep an eye out for the goats and report any animals in distress. 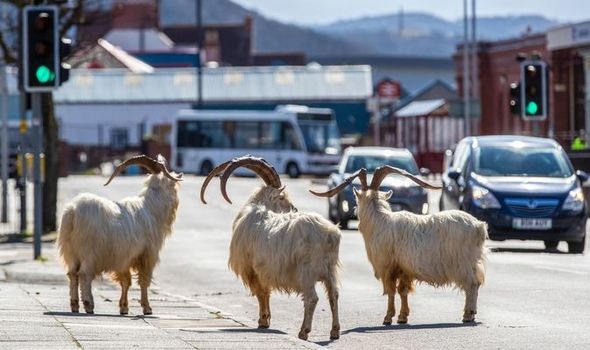 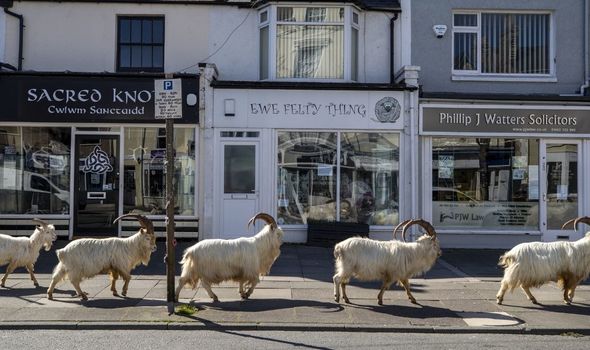 Louise Emery, who represents the Great Orme area of Llandudno on Conwy council, told BBC Wales that while the goats normally visited the town in the spring to get food, there were “quite a number now”.

She said: “There seems to be a rogue herd of goats that have wandered across the town into a completely new area where they have never been… that’s a concern.

“It’s a great concern at night time, actually, because they tend to wander more at night and the roads have been very quiet.

“Drivers can literally come round the corner and be faced with eight or nine goats in the road.”

READ MORE Boxer fought off dognappers who threatened to stab him 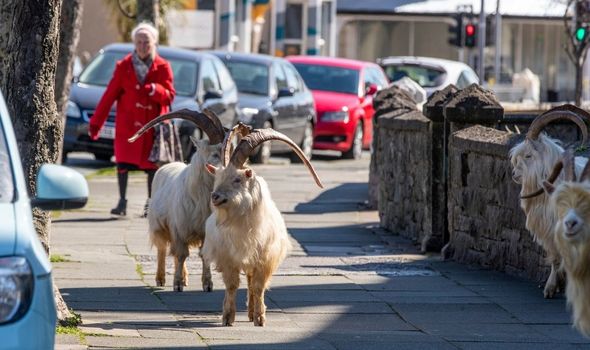 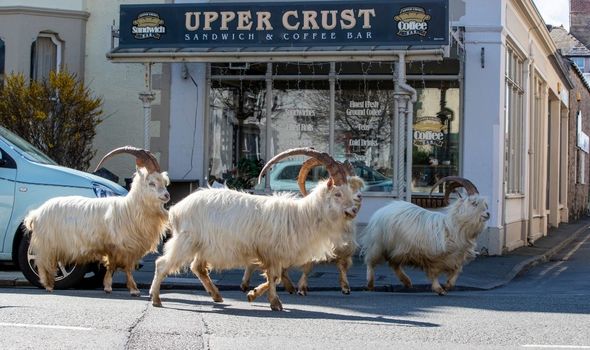 In recent weeks, the goats have been spotted in the Craig y Don area of Llandudno, more than two miles from their home on the Great Orme.

Sally Pidcock, warden of the Great Orme Country Park, said she was hopeful the goats would eventually return home.

She and her team hope to count the goats and give them contraceptive injections later in the year, if the pandemic conditions allow.

She said: “The majority of the goats travelling through Llandudno and going quite some way from the Great Orme are billy goats. 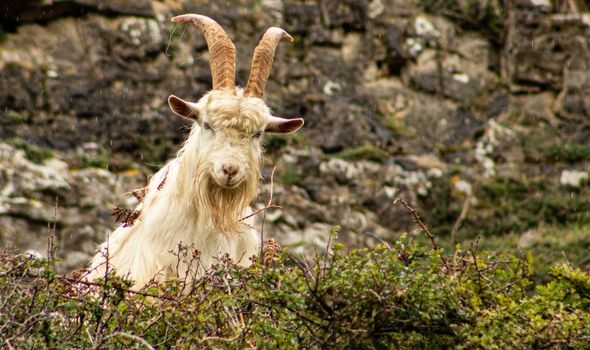 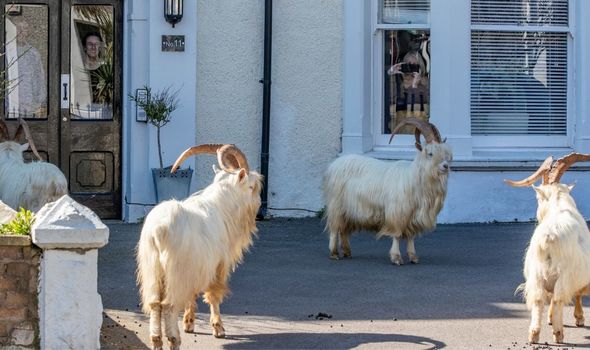 “Obviously if it’s just billy goats that are straying, then by the time of the rut, when they become interested in females again, you would hope that they would be making their way back.

“But this year, the goats have been emboldened by the fact that there are so few people around.

“That’s a bit more worrying because it might become a bit more complicated for them to find their way back.”

Conwy Council is believed to be monitoring the situation and if anyone sees an animal in distress, they should call the RSPCA.