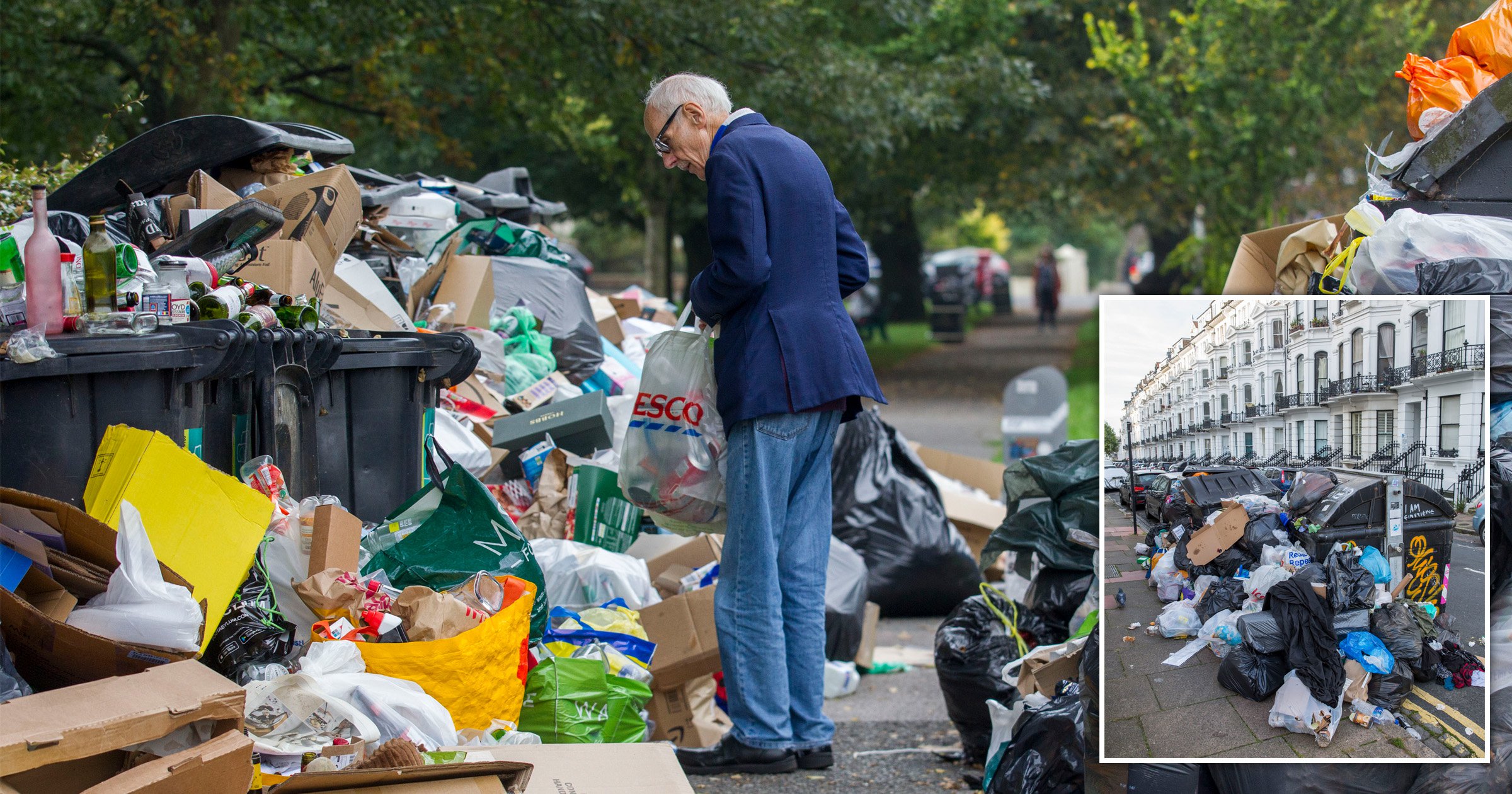 Rotting rubbish is piling higher and higher in Brighton as talks between refuse workers reach a stalemate.

Locals have described the stench as ‘absolutely appalling’ as bin bags up to 10ft high are targeted by rats, foxes and seagulls.

But the week-long strike could go into November after trade union members walked out of a meeting with the council.

Refuse truck drivers say they have called action over pay, changes of duties and the removal of drivers from long-standing routes.

Brighton & Hove City Council, led by the Green Party, claims union bosses walked out of a meeting without hearing ‘the full details’ of its latest ‘generous’ offer.

But the Sussex Branch of the GMB Union has blasted these claims, saying members left after the offer put forward ‘went backwards’ on previous ones.

Angry residents have called for a mediator to be introduced amid fears the mounting rubbish could become a ‘public health risk’.

One resident wrote on Twitter: ‘Ahhh Autumn. The sweet scent of rotting rubbish in the cool evening air.’

People have been advised by the council to flatten boxes and cartons and store waste in their homes until the dispute is settled.

But one local said: ‘This is getting unforgivable now. Brighton Green Party need to sort this out. Most people live in flats and can’t store rubbish in their homes.’

GMB said on Monday: ‘We can give a further update in the city clean HGV drivers dispute we have just issued in the last 30 minutes to the council a further 15 days of industrial action

‘The next strike will start on the 21st of October and end the middle of November.’

The council said in a statement: ‘It’s disappointing that this offer has been turned down today. It was a significant and generous offer which would benefit not just staff in the Cityclean service, but also staff across the whole council.

‘We urge the GMB to review the offer formally submitted to them in writing and come back to the table to discuss with us.