Home » Europe » Royal baby born: The sign the royal baby has already been born – and TWO signs it hasn’t

Royal fans are desperate to find out if the royal baby of Meghan Markle  and Prince Harry has arrived. We are now into early May and Meghan’s due date was expected any time from the end of April onwards. The Duke and Duchess of Sussex have no plans to give anything anywhere about the birth including the due date and location. In April, they announced they intended to keep all the details surrounding the birth private.

In a statement, Buckingham Palace said: “They look forward to sharing the exciting news with everyone once they have had an opportunity to celebrate privately as a new family.”

Recent developments today have suggested it might be possible the seventh-in-line to the throne has already made his or her entrance into the world.

One of these was that the Duchess of Sussex’s trusted make-up artist Daniel Martin was apparently whisked to London to put in an appearance for Meghan, according to his friend.

Beauty expert Depict Mutala snapped a picture with Daniel on her Instagram Stories last night and said he had stopped off in the capital briefly. 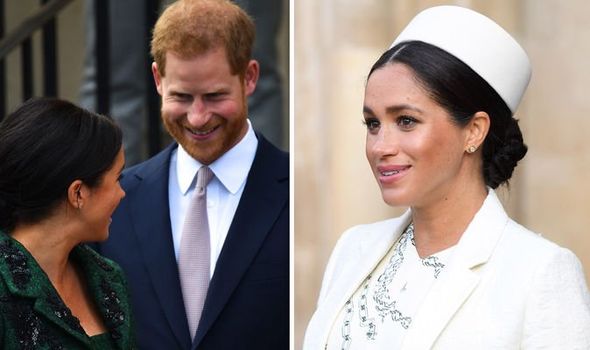 She wrote: “Get this… he went from being on stage with Diana Ross to London to doing Gemma Chan’s makeup to coming straight to his dinner to support @livetinted.”

The make-up artist is usually in attendance with Meghan for major events.

Royal baby speculation also went into overdrive after witnesses claimed to have seen a “car with pink blankets” being escorted into the Windsor estate.

In footage filmed by Tamoor Ali and his brother-in-law Akib Hanif, a motorcade could be seen shepherding a black Bentley through Windsor. 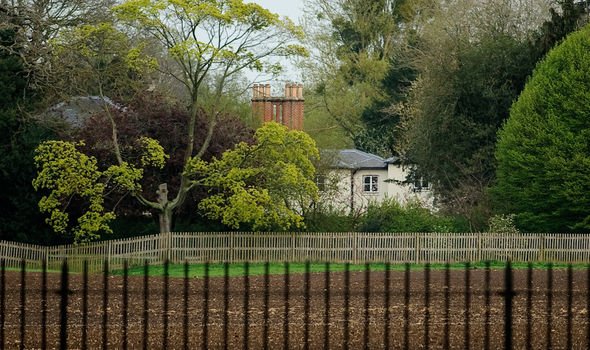 The video then shows the line of cars turning into the Windsor estate, where Meghan and Harry live, while policemen stand outside.

Mr Ali told The Sun: “It seems to me that the baby is here and they haven’t announced it yet. It was the baby – we were quite certain.”

But Buckingham Palace later denied the cars were anything to do with Baby Sussex telling the Daily Mail the Queen was being taken to a service at St George’s Chapel.

But in an unexpected announcement, the palace said Prince Harry had postponed a scheduled trip to Amsterdam on May 8, which many people linked to the royal baby. 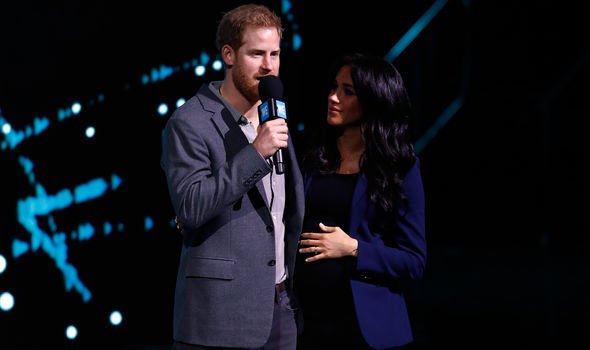 In a statement, the palace said the postponement was because of “logistical planning”.

The Palace: ”Due to logistical planning for the traveling press to cover visits and engagements by The Royal Family, we have taken the decision to postpone the Duke of Sussex’s scheduled visit to Amsterdam on Wednesday 8th May 2019.

“The Duke is currently scheduled to travel to The Hague on Thursday 9th May for the launch of the Invictus Games The Hague 2020 as planned.”

Daily Mail Royal Correspondent Rebecca English tweeted the cancellation was “NOT because the baby is imminent, per se, but because there are a number of royal events next week”.

She added: “That said, it will have the added benefit of meaning he doesn’t have to stay overnight and therefore could commit to going even if #BabySussex is just a few days old.”