Baby Sussex made his first public debut cradled in the arms of his beaming father and alongside his glowing mother Meghan after his first days at home in Frogmore Cottage, Windsor. The Duke and Duchess of Sussex could not hide their delight as they posed for pictures with their newborn son in St George’s Hall in Windsor Castle, just two days after he was born. Royal fans have been waiting to catch a glimpse of Meghan and Harry’s first child after they welcomed in to the world on Monday.

Royal fans across the world expressed their delight at the first pictures of Baby Sussex after Harry and Meghan took the unprecedented step not to release details about their newborn son until after they have had “the opportunity to celebrate privately”.

But today the couple posed in St George’s Hall at Windsor Castle for their first photocall as a family of three, with Prince Harry proudly cradling his newborn son.

As she presented her newborn son to the world, a glowing Meghan said: “It’s magic, it’s pretty amazing. I have the two best guys in the world so I’m really happy.” 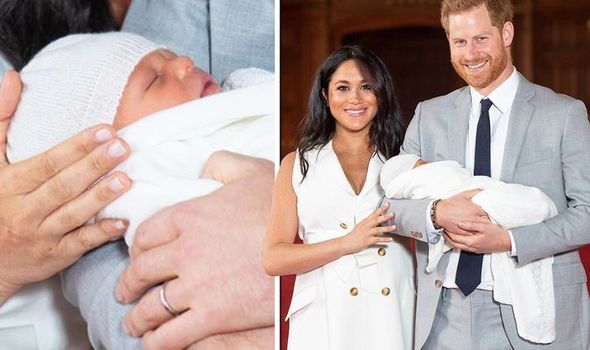 It’s magic, it’s pretty amazing. I have the two best guys in the world so I’m really happy

Speaking in St George’s Hall at Windsor Castle as her husband cradled their two-day-old child, Meghan added: “He has the sweetest temperament, he’s really calm”.

Asked who the baby takes after, the duchess said: “We’re still trying to figure that out.”

Prince Harry added: “Everyone says that babies change so much over two weeks we’re basically monitoring how the changing process happens over this next month really. But his looks are changing every single day, so who knows.”

As they both laughed, Harry joked: “I don’t know who he gets that from.” 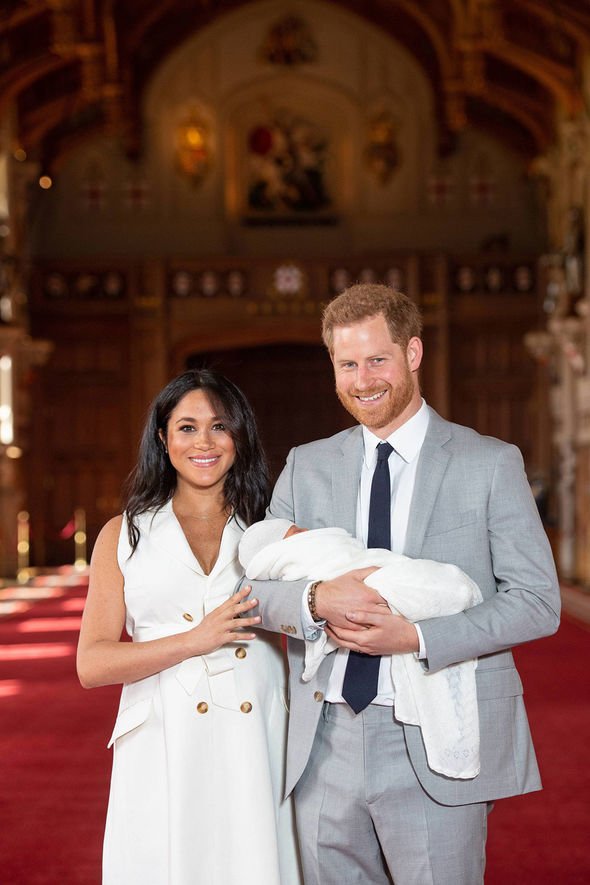 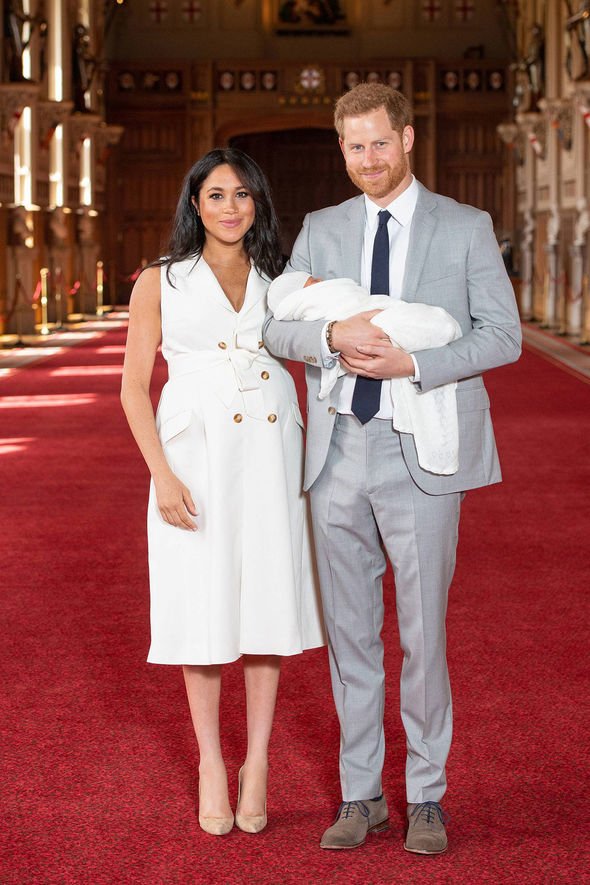 Meghan added: “He’s just been the dream so it’s been a special couple of days.”

The duchess, who hasn’t been seen for six months after going on maternity leave, looked radiant in a white Givenchy wrap dress and Manolo Blahnik heels.

Unaware of the excitement surrounding his birth, Baby Sussex was sleeping soundly, wrapped in a white blanket and wearing a delicate white knitted hat.

Asked how he found parenting, the duke added: “It’s great. Parenting is amazing. It’s only been two and a half days, three days, but we’re just so thrilled to have our own little bundle of joy.”

The duke gently cradled his son in his arms and could not resist sneaking a peek down at him.

He said they were looking forward to spending some “precious times with him as he slowly, slowly starts to grow up.”

Asked about going to see the Queen and Prince Philip, Meghan said: “We just bumped into the duke as we were walking by which was so nice. So it’ll be a nice moment to introduce the baby to more family and my mum’s with us as well.” 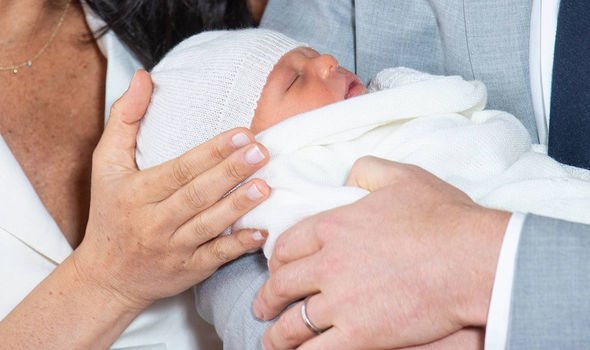 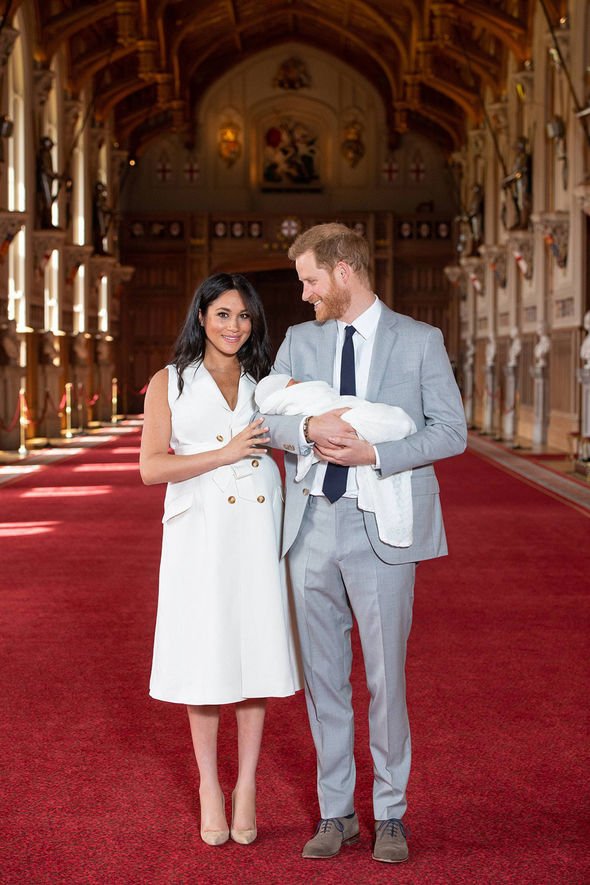 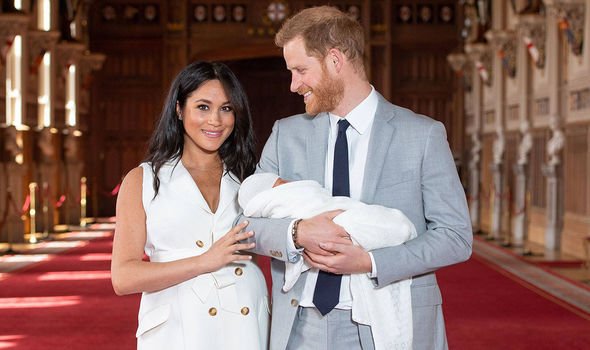 Asked to show more of their son’s face to the cameras, Meghan laughed as Harry joked: “He’s already got a little bit of facial hair as well, wonderful.”

The duchess added: “Thank you everybody for all the well wishes and kindness, it just means so much.”

The couple, who are just 11 days away from their first wedding anniversary, were beside themselves with joy, giggling and looking into each other’s eyes as they spoke.

Meghan looked lovingly at her husband and put her hand on the small of Harry’s back as she listened to him talk. 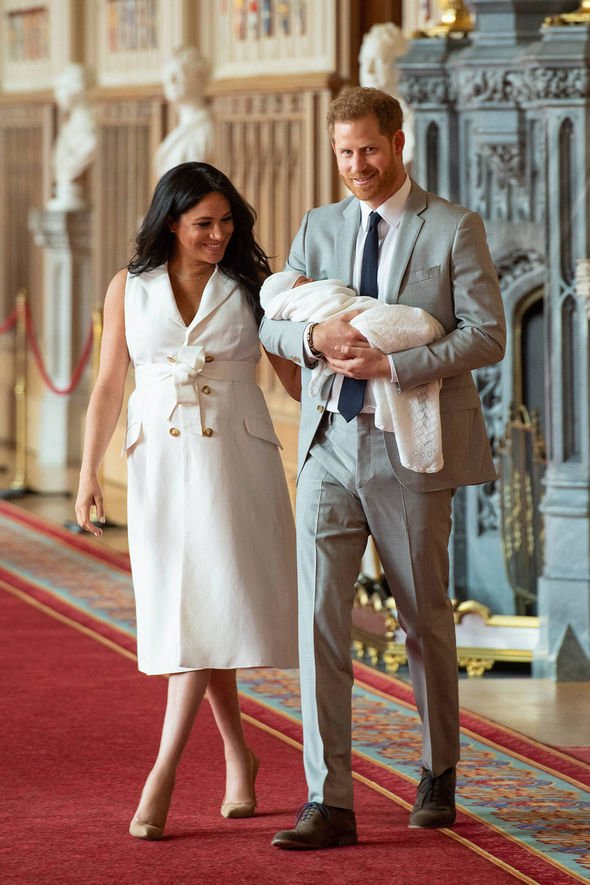 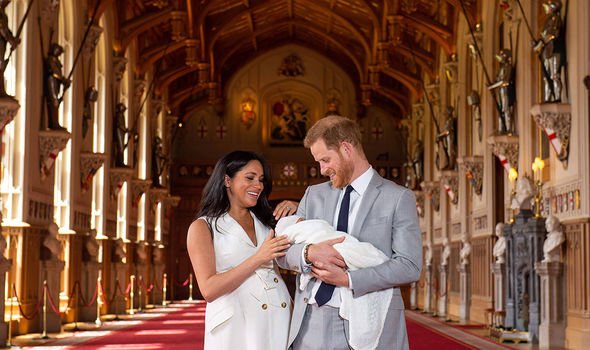 The Duke and Duchess welcomed their first child in to the world on Monday, weighing 7lbs 3oz.

A beaming Prince Harry confirmed the news with an emotional statement in Windsor, gushing his new son was “to die for”.

He said: “We’re both absolutely thrilled and so grateful for all the love and support…still thinking about names. The baby is a little bit overdue but that’s the next bit.

“We will probably see you in two days as planned to everyone can see the baby. I’m so incredibly proud of my wife.

“Every baby is amazing but this little thing is absolutely to die for. I’m over the moon!” 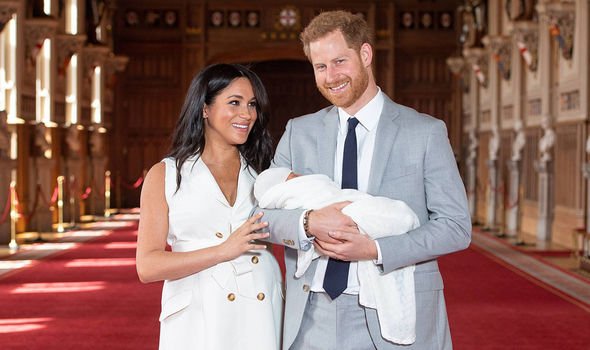 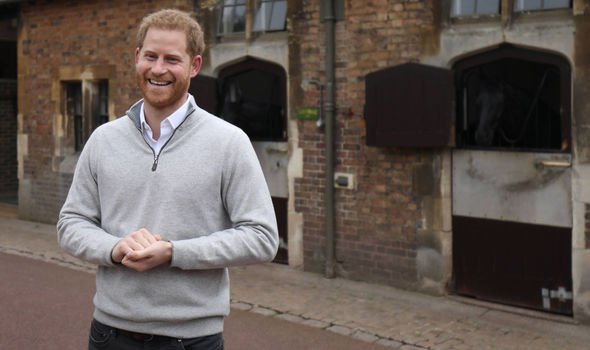 The duke was at his wife’s side during the birth and he later confessed he had only had a few hours’ sleep, suggesting Meghan had spent much of the night in labour.

The couple are expected to receive visits from family and friends this week to congratulate the couple on their new arrival.

The Queen and Philip, Charles and the Duchess of Cornwall and the Duke and Duchess of Cambridge are all said to be delighted with the news.

Doria Ragland, the duchess’ mother, who was with the couple on Monday and is thought to be staying with them, was also overjoyed with the arrival of her first grandchild. 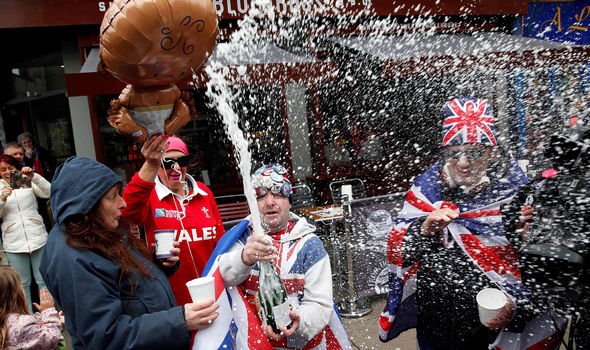 Ahead of the birth, Harry and Meghan made a personal decision to keep their arrangements private, amid speculation that they had opted for a home birth at Frogmore Cottage, close to the Queen’s Windsor Castle residence.

They also said they would only share the news of the baby’s arrival once they had had a chance to celebrate privately as a family.

The Duke and Duchess confirmed they were expecting their third child on October 15 as the couple arrived in Sydney for the start of their 16-day tour of Australia and New Zealand.

Meghan’s final royal duty before going on maternity leave was at the the annual Commonwealth Day service at Westminster Abbey on March 14.