Meghan’s due date has been kept a closely-guarded secret but bookies Coral have cut the odds on Prince Harry’s wife giving birth this week to 1/2. The baby is 4/6 to be a girl and the favourite name is currently Grace at 6/1. Coral spokesman John Hill said: “We have seen the biggest royal baby gamble to date on the birth taking place this week which could suggest the arrival of Meghan and Harry’s first child is imminent.”

Other names in the running include Diana, Arthur, Elizabeth and Albert.

And US-born former actress Meghan is 4/1 to give birth to twins.

Meghan and Harry are keeping plans for the birth private.

The royal couple moved to Frogmore Cottage in Windsor ahead of the birth. 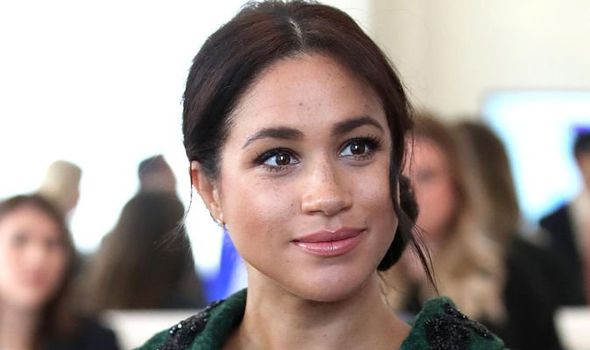 Ladbrokes have slashed the odds on Meghan and Harry naming their tot Allegra from 100/1 to just 12/1 following a flurry of bets.

The name is reportedly the moniker Princess Diana would have chosen if she had a baby girl.

Ladbrokes spokesman Alex Apati said: “We’re scratching our heads as to why we’ve seen so much interest in Allegra, but the bets are coming in thick and fast and it’s been by far the most popular pick of the month with punters.”

Diana and Grace are the top picks with Ladbrokes at 6/1 each.

Angela Rippon news: How Angela was in awe of this royal’s husband