The Royal Family of Luxembourg have released a string of sweet new portraits of their newest member and heir. Royal baby Prince Charles Jean Philippe Joseph Marie Guillaume was born to first in line to the throne Prince Guillaume, and his wife, Princess Stephanie last month.

The couple announced the arrival of their little one of Twitter shortly after his birth on May 10.

The tweet read: “The Heir Couple is delighted to announce the birth of their son this Sunday, May 10, 2020 at 5.13 a.m at the Maternity Grande-Duchesse Charlotte in Luxembourg.”

Now, at more than one-month-old baby Charles, who is second-in-line to the Luxembourg throne has featured beside his family in some gorgeous new snaps.

In the historic photo, the newborn poses in his father’s arms for an image showing three generations of Luxembourg rulers. 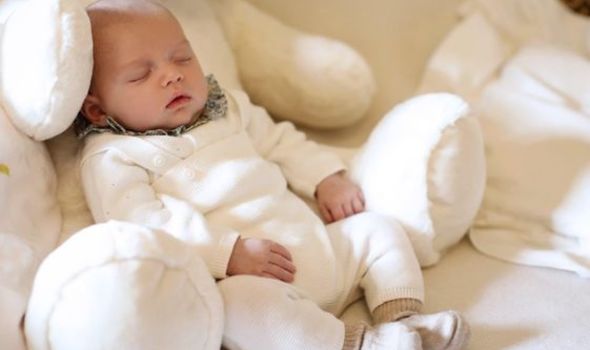 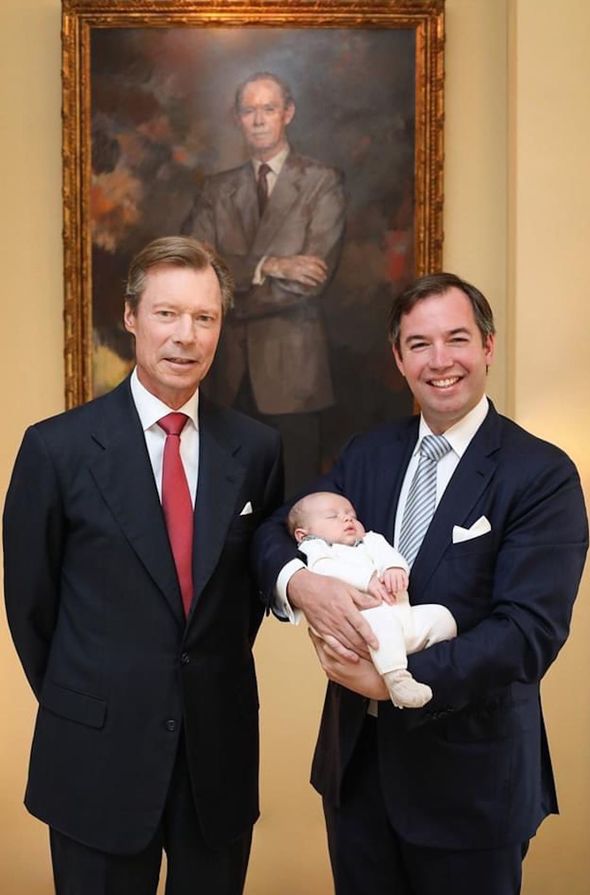 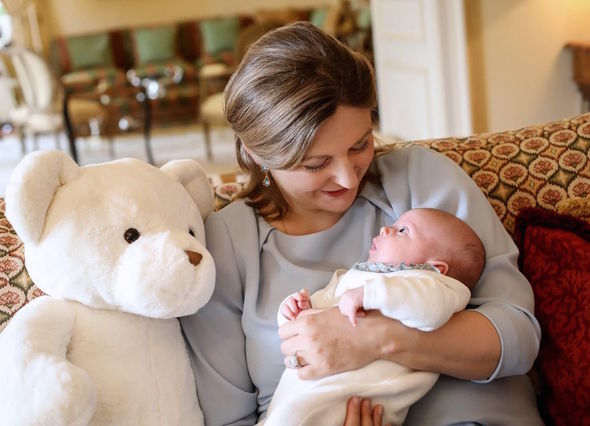 The special snap in front of a portrait of ruler Henri’s late father, Grand Duke Jean, so that it showed three generations of royals.

Several more photos released by the Grand Ducal Court at the weekend show the little Prince sleeping peacefully by his teddy bear and in his mother’s arms.

Another picture shows the proud royal parents posing with their son outside with the palace gardens in the background.

As second in line to throne Prince Charles of Luxembourg is expected to one day follow his grandfather and father as ruler of the Grand Duchy.

The new photos were shared ahead of Luxembourg’s National Day on June 23.

Baby Prince Charles was born amid the coronavirus pandemic which meant his introduction to the world was different to usual royal welcome.

His grandparents Grand Duke Henri and Grand Duchess Maria Teresa were still isolating at the time of their grandson’s birth and were unable to visit him in hospital.

This lead to baby Charles being introduced to the world in a manner that fit with the extraordinary times.

The first glimpse the public had of Charles was when he appeared in a video call between his father and his grandparents.

Prince Guillaume introduced his son as the Grand Duke and Grand Duchess beamed.

Later the proud new father spoke to the press outside the hospital and said it was a “wonderful day.” 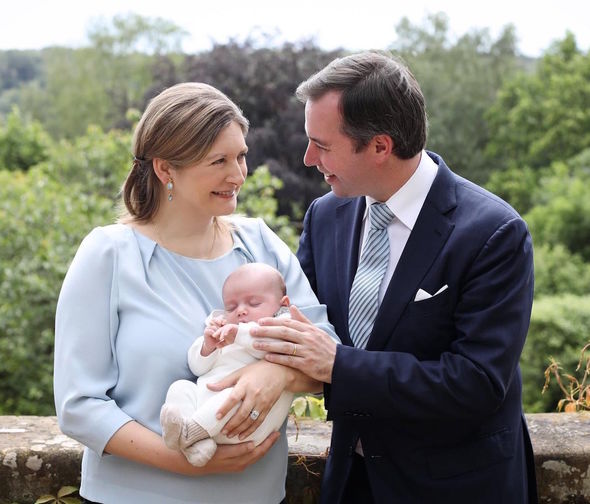 Prince Guillaume added they were thrilled to share their happiness with everyone going through separation from their families due to the coronavirus social distancing.

In a statement by the royal family’s official website following the birth, the Grand Duke and Duchess said the virtual meeting with their new grandson was “charged with emotion.”

The statement read: ”Time stopped at the Château de Berg during a video call during which the Grand Duke and the Grand Duchess had the immense joy of meeting for the first time their grandson: Prince Charles.”

“A digital meeting, certainly, but charged with emotion!”

Baby Charles was brought home from hospital a few days after his birth and has been there ever since.