Henry triggered England’s split from Rome and the Catholic Church in order to marry Anne Boleyn, in 1533. He was married to Catherine of Aragon for years, but her failure to produce a male heir left him apprehensive about how he would continue the Tudor dynasty. The ruthless king set about divorcing his first wife — a truly unprecedented act at the time — so that he could marry Anne, who he deemed to be young and fertile enough to continue the male Tudor line.

When she, too, was only able to conceive a girl (later, Elizabeth I), Henry decided to pursue another woman — Jane Seymour.

To make any children she might have his legitimate heirs, Henry had to remove Anne from the equation.

He accused her of adultery, including with her brother, and of conspiring about the king’s death, which led to her arrest and imprisonment in the Tower of London.

Her trial found her guilty although plenty of modern day historians believe she was innocent. 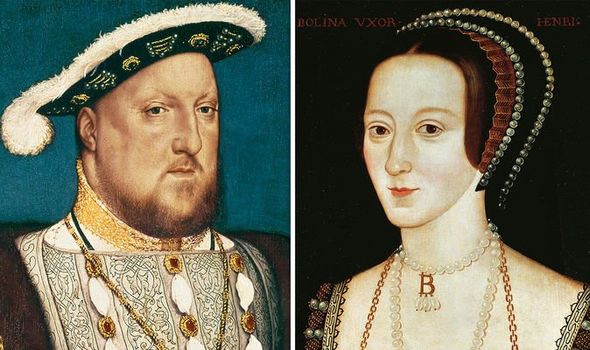 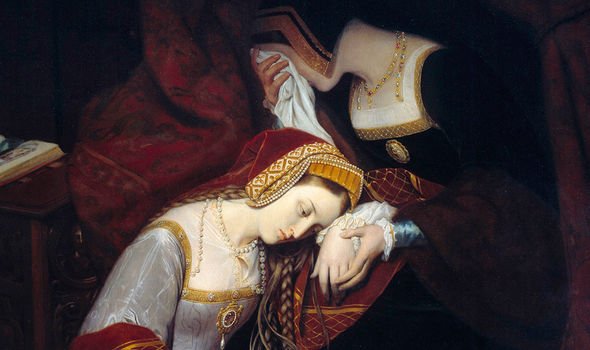 Yet, Henry appeared “unconcerned” by the news that she had been found guilty, according to the October issue of the BBC History Magazine.

This implies he had already made up his mind that she was going to be executed.

Henry placed orders for his wife’s head to be cut off with a sword — a peculiarly kind order, given that women were normally executed by burning.

Men were usually beheaded with an axe, so Henry’s choice of instrument was a strange sign of kindness towards Anne. 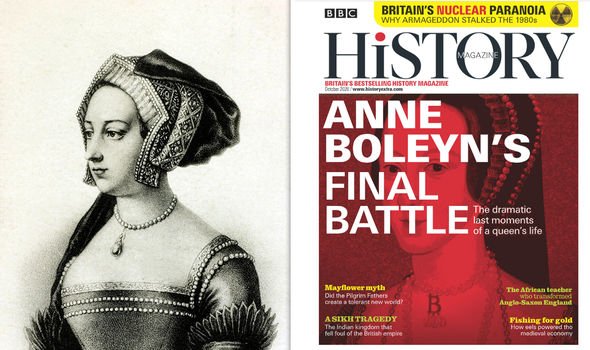 Still, he had summoned an expert swordsman from Calais before Anne’s trial even took place.

However, the constable of the Tower, Sir William Kingston remained convinced right up until Anne’s death that Henry would spare his wife.

Historian Tracy Borman explained that Sir William “could not countenance that king taking such a shocking and unprecedented step and was sure that Henry would grant Anne a last-minute reprieve”.

She continued: “The effort that the king put into preparing for his wife’s execution also implies that he harboured no doubts whatsoever that it must be done. 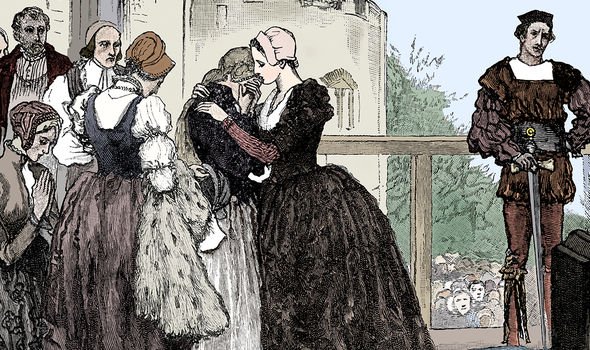 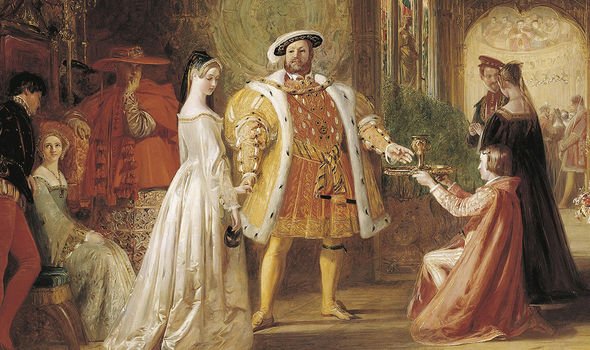 “And yet, the evidence suggests that those closest to him — and Anne herself — did not believe he would really go through with it.”

Anne had a loyal band of followers, including the Archbishop of Canterbury, Thomas Cranmer, who firmly believed she was not guilty of any wrongdoing.

The article pointed out that even when the day of her execution came, Sir William seemed “wholly unprepared”, due to his strong belief that Henry would not go through with it.

For instance, the gates of the Tower Green were left open, meaning 1,000 people pushed in to witness Anne’s death, instead of the few who were expected.

She also had a strong body of support among the watchers. 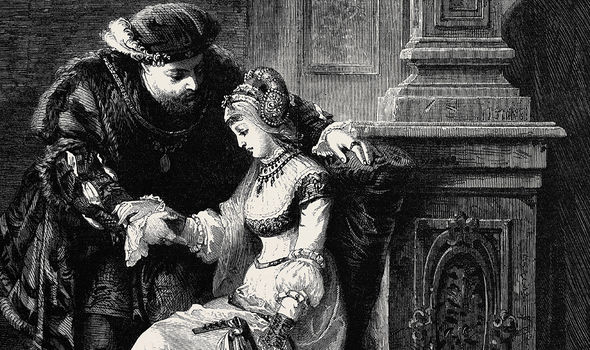 Ms Borman wrote: “The mood had shifted in her favour thanks to the dignity and conviction with which she had refuted all the charges against her.”

Even as Anne was kneeling for her execution, eyewitnesses claimed she continued to look around her, potentially looking for a messenger from the king with a royal pardon.

However, the pardon never came.

Sir William’s conviction that she would not be killed meant he had not even prepared a coffin for the queen.

Instead, an arrow chest had to be brought for Anne’s body to be carried in before being buried in the Tower Chapel of St Peter ad Vincula.