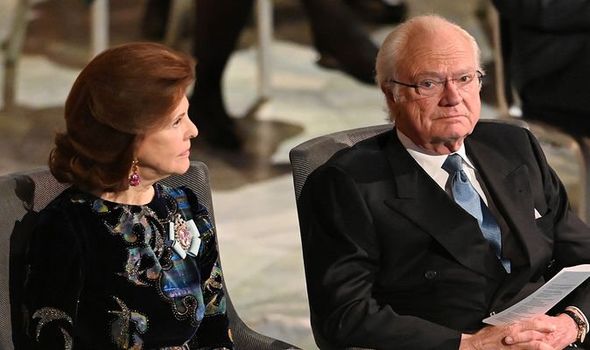 “The King and Queen, who are fully vaccinated with three syringes, have mild symptoms and feel well under the circumstances.”

The King and Queen have three children, the first-born being Crown Princess Victoria Ingrid Alice Désirée, Duchess of Västergötland, born on 14 July 1977.

Their two other children are Prince Carl Philip Edmund, Duke of Värmland, born on 13 May 1979; and Princess Madeleine Thérèse Amelie Josephine, Duchess of Hälsingland and Gästrikland, born on 10 June 1982.

Both Carl and Silvia are now isolating at Drottningholm Palace, near Stockholm.

An engagement on Sunday for Victoria, Crown Princess of Sweden & the King has been cancelled.

Swedish reports hold that contract tracing is now being carried out after the monarch’s infection.

As of publication, no other member of the Swedish Royal Family has tested positive for Covid.