Royal Family brides have been granted the honour of wearing tiaras from the royal jewellery collection for years but the Queen only lent her beloved Fringe tiara twice in her life. The decision to have Princess Beatrice wear the diadem during her wedding to Edoardo Mapelli Mozzi underlined the special bond Her Majesty shares with her second-eldest granddaughter, according to expert Myka Meier. Ms Meier, who is godmother to Beatrice’s stepson Wolfie, told podcast Royally Obsessed: “What a showstopper.

“I thought that kind of says everything about their relationship and how close they are. Not everyone would ever be loaned that tiara.”

The tiara first rose to prominence when then-Princess Elizabeth chose to wear it during her wedding to Prince Philip, the Duke of Edinburgh in 1947.

Her Majesty is believed to hold the diadem in in special consideration as it once belonged to her late grandmother, Queen Mary. 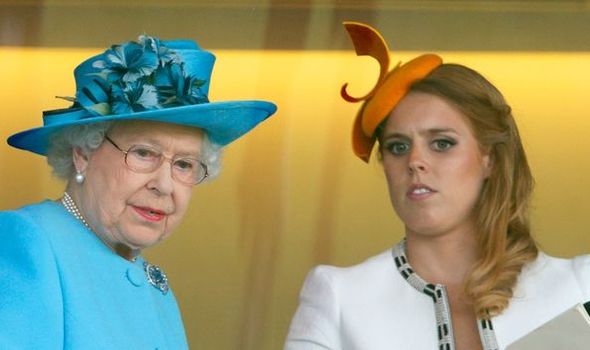 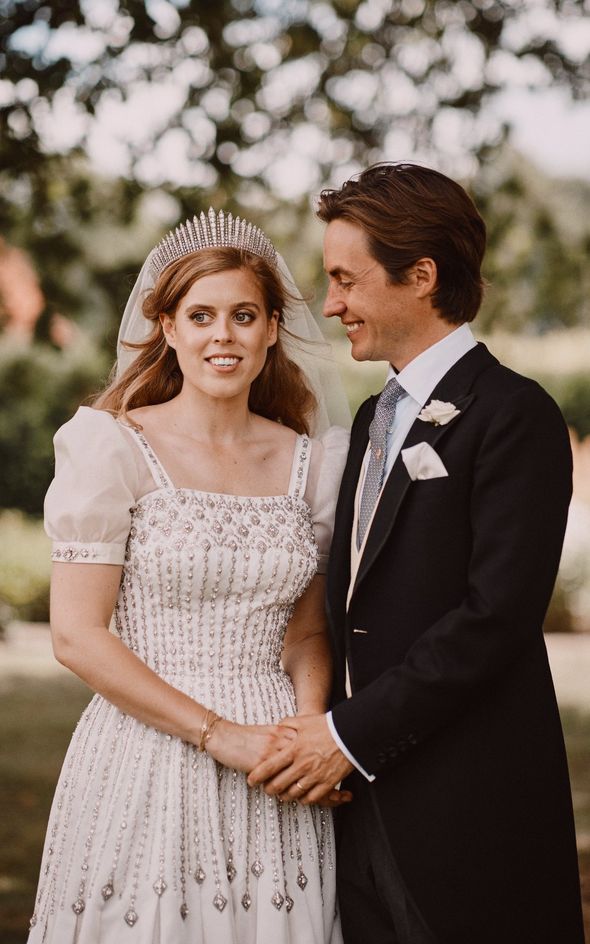 Before Beatrice donned the tiara on her wedding day, only Princess Anne had been allowed to wear it when she married Captain Mark Phillips in 1973.

Podcast host Roberta Fiorito also suggested the bride’s choice to wear her grandmother’s tiara and 1962 dress was also paying tribute to her namesakes.

“I love just the thought and the attention to detail that goes into what they wear. And the three names, it’s just perfect.” 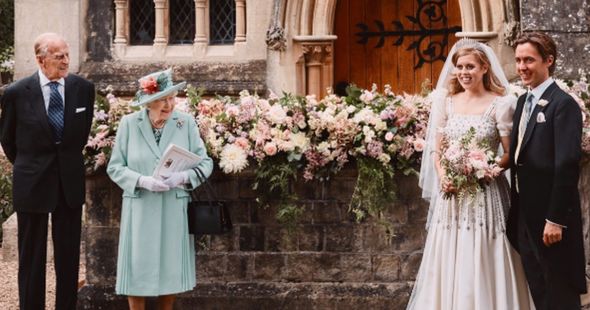 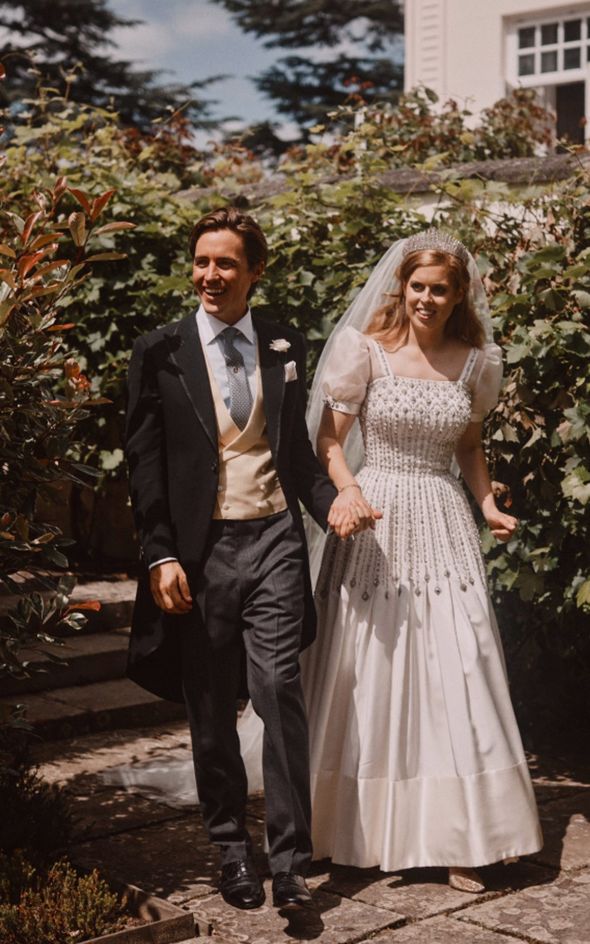 Princess Beatrice and Edoardo Mapelli Mozzi were scheduled to marry in London on May 29 but were forced to cancel the wedding because of the coronavirus pandemic.

Buckingham Palace announced on July 17 the couple had tied the knot in a private ceremony at All Saints Church near the Duke and Duchess of York’s Royal Lodge residence.

The Queen and Prince Philip, who have been shielding in Windsor since March, attended the ceremony as did a small group of Beatrice and Edo’s closest friends and family, including the bride’s sister Princess Eugenie and the groom’s 4-year-old son Wolfie.

Sources close to the couple reported the wedding reception was also kept open to intimate friends and included speeches from Prince Andrew, Edoardo, and his stepbrother, Alby Shale. 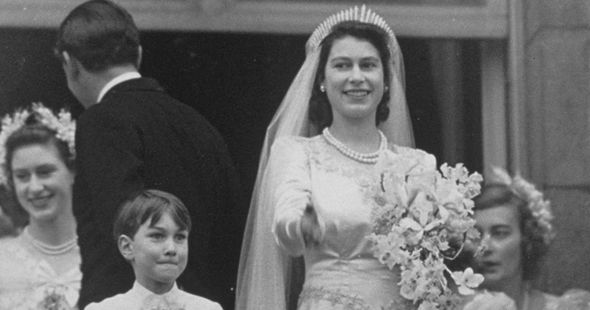 Speaking to People, an insider said: “A few more people were there than the wedding, but it was still very small and intimate.

“I think because of everything going on with her dad, this [scaled-down wedding] was actually better in many ways.”

The Duke of York has been in the spotlight for months over his relationship with convicted sex offender Jeffrey Epstein and his former partner Ghislaine Maxwell.

After a controversial interview with BBC Newsnight last November sparked widespread backlash, Andrew announced he would take a step back from his public career for a time.