Sunday Times Royal Editor Roya Nikkhah revealed the Queen is set to host a large event in July as the monarch is keen to get out with the public following months of isolating at Windsor Castle. Ms Nikkhah said the Queen was more than happy to meet with G7 leaders this weekend as she and other Royal Family members are to be rolled out for diplomatic reasons. The royal commentator added the Queen is also set to visit Scotland at the end of June which will mark the beginning of a long list of planned engagements.

Speaking on Sky News, journalist Adam Boulton asked whether the Queen’s journey to Cornwall would be difficult for her considering her age.

Ms Nikkhah responded: “It is but there has been a very strong drive from Buckingham Palace in the last month or so, to let it be known that we are starting to see her get back out a lot more.

“We saw her recently on a visit to HMS Queen Elizabeth that big warship that is on deployment.

“And Buckingham Palace are very keen to say this is the start of a very busy period.

“We are getting to see her almost certainly go off to Scotland for Holyrood week at the end of this month.

“And I’m told in July, there’s going to be a very high profile event she’s going to do which will capture everyone’s imagination.

“So, having been isolating at Windsor Castle for the last year and having done a lot of her engagements every day via video conferencing.

Mr Boulton then quizzed whether the public engagements were in response to Prince Harry and Meghan’s new daughter, Lilibet, being born.

Ms Nikkhah disagreed and pointed out the decision to visit the G7 was made well in advance before the new royal baby was born and the subsequent interviews from Prince Harry happened. 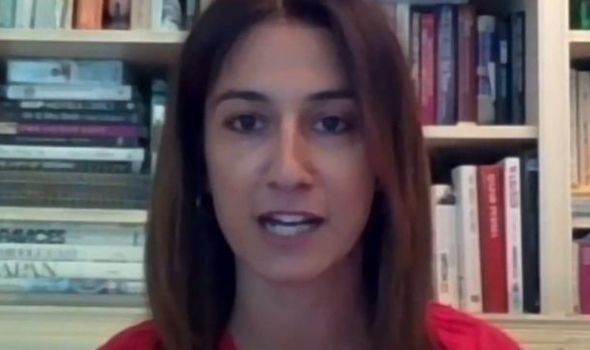 Only one paramedic at scene 40 minutes after Manchester Arena bombing