The Royal Family was left grappling with a serious PR “disaster” after Prince Edward launched his career in the entertainment business. The youngest son of the Queen abandoned his military career to pursue his love for the arts with a royal version of the popular BBC game show ‘It’s a Knockout.’ But Edward’s attempts to win over the press sunk as the programme attracted widespread criticism.

Channel 5 documentary ‘Edward&Sophie: The Reluctant Royals?’ narrator Glynis Barber said: “Edward was joined by Princess Anne, Prince Andrew and the Duchess of York for the event, which was held at Alton Towers.

“Each member of the Royal Family led a team of celebrities, all dressed in medieval costumes. The teams took part in a series of physical challenges to raise money for their chosen charities.

“Although the event was watched by 18 million people and raise £1.5 million, it was widely regarded as a PR disaster.”

She added: “Naive Edward had no idea how badly the show would be received by the press.” 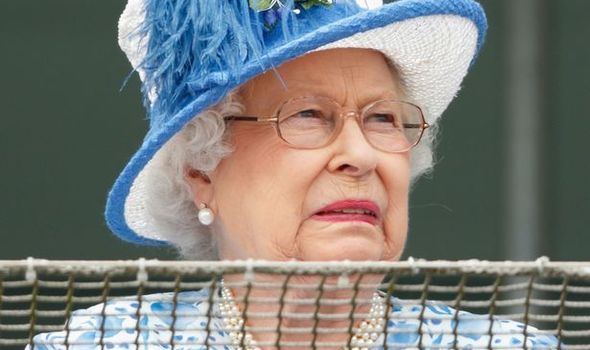 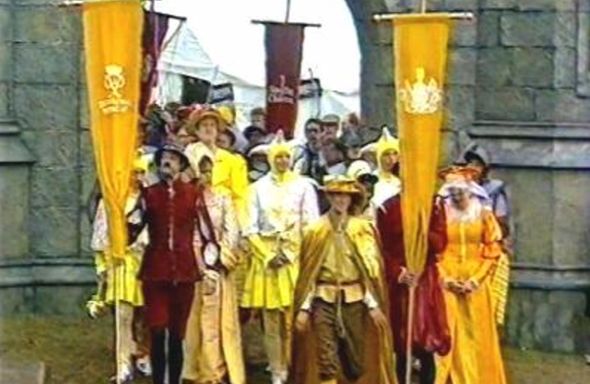 Royal correspondent Richard Kay, who had joined colleagues at Alton Towers to watch the filming, said: “The actual programme was pretty toe-curling at times.

“Chiefly remembered for the behavior of Fergie, the Duchess of York. She really put too much enthusiasm into it.”

He also noted reporters had not been allowed to attend the filming but were forced to remain in the press area the whole time, a move which later sparked an awkward confrontation with Prince Edward.

Mr Kay said: “We were all invited but we were not not invited to watch the actual event because it was being filmed behind closed doors. 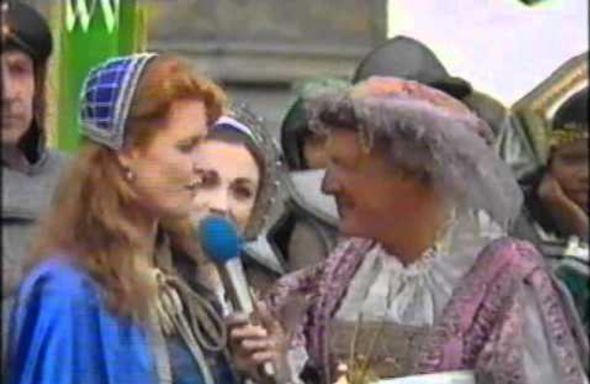 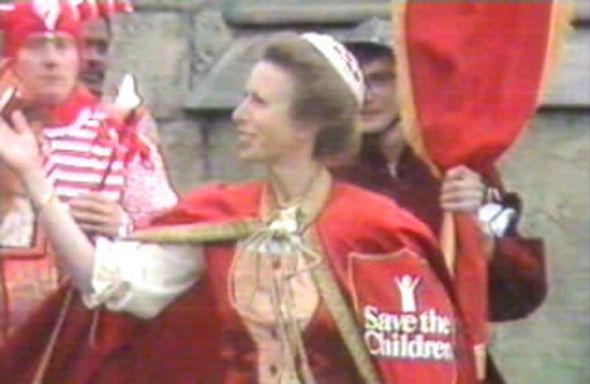 “And there was a press conference at the end of the filming, and Edward dashed in and sort of sat down in front of the TV cameras and flashlights.”

But as Edward asked the reporters for their opinion on the programme, he was only met with nervous laughter.

Mr Kay added: “None of us could answer because we couldn’t think anything because we hadn’t seen it.”

The royal thanked the press for “showing your enthusiasm” before walking out of the press tent in a huff.

Reports later suggested he had been heard commenting: “One of these days you lot are going to have to learn some manners.”

Royal commentator Rebecca English said: “That’s the one thing you should never be seen doing on camera as members of the Royal Family and then storming out.”

She added: “Seeing members of the Royal Family taking part in silly games, while it’s all in good fun and for a good cause, is not just something they should be doing.”

Author Ben Pimlott said close friend of the Queen had reported Her Majesty had been opposed to the programme.

Mr Pimlott said : “‘It was a terrible mistake,’ says one of the Monarch’s friends. ‘She was against it. But one of her faults is that she can’t say no.’

“‘There was not a single courtier,’ one recalls, ‘who did not think it was a mistake.’

“Their advice was confounded by youthful enthusiasm and the Queen’s maternal indulgence.”