Home » Europe » Royal Family LIVE: Harry and Meghan will ‘not make a scene’ at Jubilee over security feud 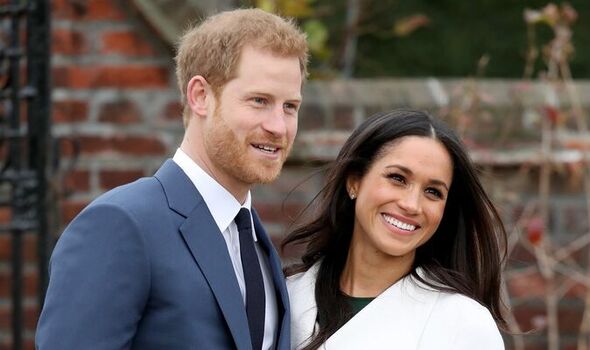 The Duke and Duchess of Sussex have reportedly received “cast iron assurances” their family will be protected by specially trained police officers when they arrive in the UK today. Security sources have revealed the Met’s Royalty and Specialist Protection unit has spent weeks liaising with the Sussex’s team and guaranteed taxpayer-funded officers. The promise comes after a bitter legal row with the Government after a Home Office decision to strip him of his security. A source said: “There has been further contact between the Duke and members of his family, but any talk of them planning to cause a scene or detract from the Queen’s celebrations is nonsense. They are here to see family and enjoy what will undoubtedly be an incredible moment in history.”

There are currently 170 figures known to be harassing the Royal Family, according to the Mirror.

Some 10 are logged at the highest danger level, while 128 of them pose a moderate risk and 32 pose a low risk.

Over the years, the Royal Family’s lives have been disrupted by a number of fixated individuals.

In 1982, Michael Fagan famously managed to break into Buckingham Palace and get into the Queen’s bedroom, where he had a chat with the Monarch

Mr Fagan told police at the time that he had broken into the palace because he was in love with the Queen.

Fanatics obsessed with the Royal Family may attempt to disrupt the Queen’s Platinum Jubilee celebrations, a security expert has said.

Philip Grindell, a former Metropolitan Police detective and founder/CEO of Defuse Global, an organisation which protects and advises some of the UK’s most recognizable public figures, told Express.co.uk that the Jubilee may be threatened by a number of “fixated” individuals.

Mr Grindell said there are a number of individuals who “have delusions that they are actually the legitimate members of the Royal Family, have some affinity with the Royal Family or are just fixated with them”.

The security expert said that there will be a “huge security protocol” around these individuals as they sometimes attempt to “disrupt royal events or gain entry to them”.

Mr Grindell said these individuals are known to an organisation called FTAC, which stands for the Fixated Threat Assessment Centre.

FTAC is a joint police/mental health unit which was set up in October 2006 by the Home Office, the Department of Health and the Metropolitan police to assess and manage the risk to members of the Royal Family, politicians and public figures from obsessive individuals.

Good morning from London. I’m Tara Fair, I’ll be bringing you all the latest developments on the Royal Family. Please feel free to get in touch with me as I work if you have a story or tips to share! Your thoughts are always welcome.

Corbyn Presents a Labour Manifesto That Offers ‘Radical Answers’ for the U.K.

‘I have a collection of them’ Camilla beelines for £1.50 commemorative Jubilee mug