Harry announced last week that he had landed a new role as Chief Impact Officer at US coaching firm BetterUP. He said in a statement he wanted to “make an impact in people’s lives” while he promotes a wellness app that is used by corporate giants including Hilton, Facebook and NASA. It comes a month after the Queen stripped the Duke and Duchess of their titles after they stepped down as senior royals to seek financial independence in the US.

Daily Mirror royal editor Russell Myers warned that Harry may need to be careful in his new role to make sure the palace does not see him break their Megxit agreement by trading on the royal brand.

Speaking on last week’s edition of True Royalty TV’s weekly programme The Royal Beat, he said: “There is the argument that if he is ‘Prince Harry, the Duke of Sussex’ in all the published materials for [the firm], is that trading off the royal brand which they said they wouldn’t do to uphold the values of The Queen?’

“So it is very debatable at the moment. People at the Palace will be watching this very, very closely.”

Harry and Meghan first announced they were stepping down as senior working royals last year as they wanted to seek financial independence in the US. 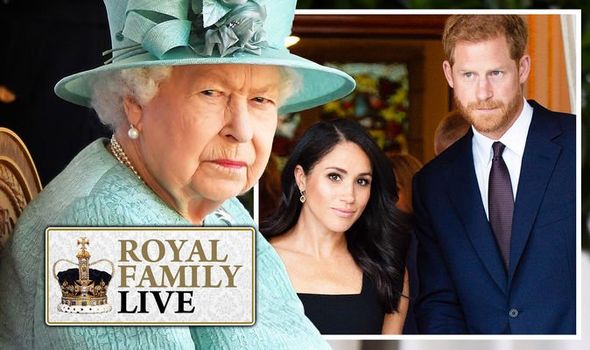 Since then, they have also signed deals with Spotify and Netflix that are reported to be worth more than £100million.

7.51am update: William admitted he ‘writes to ministers’ like Charles as Duke pipped to be robust King

Despite the extensive backlash Charles faced for his letters, his eldest son and heir William seems to have followed in his footsteps.

Speaking to Tony Blair’s former Downing Street spin doctor for GQ magazine, Alastair Campbell, William explained: “I have written to ministers but purely to point them towards people I think they should see.

“So a charity might ask me if I can help with someone and I can help get them access to the people in Government.

“There are issues I am interested in and I am happy to connect people with ministers.”

Writing a comment piece for news.com.au, Daniela Elser, a royal expert and journalist, explained how a bizarre pattern has emerged in relation to when news about Harry and Meghan is released. She describes how news about the Duke and Duchess of Sussex is usually released on the same day or immediately before or after another royal event, citing plenty of examples from the last two years.

“If you look closely, there is a pattern,” writes Ms Elser.

The latest example involves Princess Eugenie, who introduced her son August on March 23, the same day that The Wall Street Journal broke the news that Prince Harry had gotten a job.

Ms Elser continued: “We could notch this all up to an unfortunate coincidence if not for the fact this is not the first time that a Sussex announcement has inadvertently stolen some of the poor old Eugenie’s thunder.

In the Sussexes biography, Finding Freedom, by Carolyn Durand and Omid Scobie, it was noted that the move “did not go down particularly well with Eugenie, who a source said told friends she felt the couple should have waited to share the news.”

Brexit crisis: ‘We don’t trust each other!’ EU accuses UK of going back on word