Harry recently admitted his relationship with his brother was strained as he told Oprah Winfrey in his and Meghan’s shocking interview that they were on “different paths”. William was also the first person to shoot down Harry and Meghan’s claims about the Royal Family to Oprah as he told reporters the family was “not racist” before adding he had not yet spoken to Harry. Now William has reportedly severed ties with his friend Tom Bradby, an ITV royal correspondent with whom he first met in 2001, for appearing to take Harry and Meghan Markle’s side over the royal fallout.

It comes as Meghan is said to have asked to live at Windsor Castle after she married Harry, but the Queen did not agree to this and instead gave them Frogmore Cottage nearby.

Writing an open letter to William for the Daily Mail, Mr Wootton said: “The final straw for you came with the way Harry and Meghan behaved over the Megxit debacle.

“You are right to feel it’s unforgivable that they twice tried to publicly jump your grandmother – now 94 – into giving into their ludicrous demands.”

Royal expert Rebeca English added William’s anger may have also stemmed from Harry “blindsiding” the Queen over his decision to step down as a senior royal to live in the US with Meghan and their son Harry. 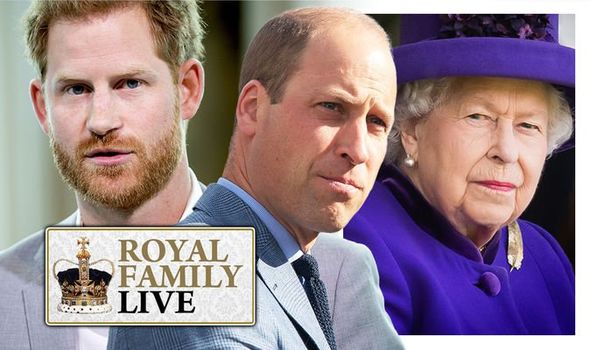 Speaking on the Mail Plus’ Palace Confidential, she said: “The Queen was aware Harry was very unhappy, and I know this from my own sources, but they had no idea he was going to put out the statement that he did when he did it.

“And they had no idea that him and Meghan had spent months creating the Sussex Royal website to go along with it.

“So she was blindsided… William did feel that Harry had done their grandmother quite a great disservice.”

Mr Bradby is also thought to have helped ITV secure the rights to Harry and Meghan’s bombshell interview with Oprah Winfrey.